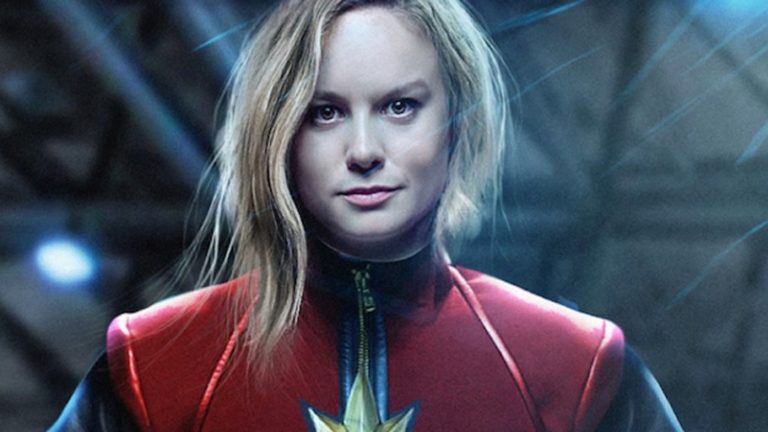 Captain Marvel is a superhero whose real strength comes from the inside. Just like Queen Esther.

Captain Marvel, the 21st movie in the Marvel Cinematic Universe, is famously the first one to headline a female hero. And it came out right before Purim, when we read the book of Esther, which also headlines a female hero (Esther). And that is the 21st book of the Hebrew scripture. Coincidence?

The Purim story proves that there are no coincidences.

Insecure men everywhere with nothing better to do are going ballistic about this movie, because there has never been a movie before with a woman in the title. Or something. But I don’t think the Persian rabbis went through the same hassle when they named the Book of Esther. In fact, Esther wasn’t even the first book of scripture to be named after a woman. But it was the first action story. Ruth is more of a soap opera.

But Esther is a very different sort of action story than any of the previous ones in Tanach. There are no frogs or locusts, and no one finds themselves running around in pajamas in middle of the night. God’s actions are hidden, disguised as coincidences. One can almost deny God’s involvement at all if one doesn’t look closely enough to see the strings.

And that’s another similarity between Captain Marvel and the story of Esther: The theme of both stories seems to be disguises.

Even Esther herself is in disguise. She didn’t immediately tell the king where she came from – she was just some random girl from the matchmaker’s pile with greenish skin. In fact, Esther’s very name means “hidden”. Her origin story was hidden.

Captain Marvel’s identity is also hidden, even from herself. Having no memory of her youth, she thinks she’s a Kree soldier – blue blood and all – who has come to earth with the task of hunting down Skrulls as part of some kind of interstellar color war, under the watchful eye$ of Nick Fury.

But then there’s the moment of truth: She finds out where she’s from and who her friends really are, and now she’s caught between two identities. It would be very easy for her to continue as a Kree. Will she stick with comfort, or will she defer to her roots, despite that life not being as easy?

The Kree gave her blue blood, but she was born on earth.

Women have been complaining for ages that there aren’t enough strong women in movies, but what is a strong woman? A lot of movies think a strong woman is one who has muscles, like a man.

The Story of Esther shows us that a woman’s strength is measured differently. Women are stronger on the inside. The common joke that women have repeated into the ground is that if men would become pregnant, the human race would have given up a long time ago.

Really? We’re not strong? I’m sorry; who opens all the pickle jars?

But that’s just it: A woman’s strength is on the inside. And this is demonstrated by how much they can put up with and continue to get up. Esther, for example, was in a horrible situation that she did not ask for, but she was safe. Yet she decided to give it up and use her newfound abilities to risk her life for others.

If you think about it, Captain Marvel has a very similar power set to Iron Man – flight, strength, photon blasters – But he wears his powers on the outside. Thor’s muscles are on the outside, and despite his power source coming from within, he has to carry around a hammer, for some reason. Spider-Man’s entire costume advertises that he has webs. Captain Marvel’s entire strength on the other hand comes from within her. All you can see on the outside is that she’s glowing.

All of the things Judaism believes about women highlight their strength being on the inside. Our women are supposed to dress modestly, for example. Their muscles don’t have to be visible. Captain Marvel’s isn’t. Some people think that Jewish culture stresses women being subservient to men, but in no Jewish household is that true. If there’s one thing pop culture gets right about Jewish women, it’s that women are in charge of the interior. They are the core from which everything else stems.

“Yes, but the Megillah says that women should be subservient in the home!”

We didn’t say that. Achashverosh said that, when advised by Haman to keep women down. That was Haman’s first play (before he moved on to attempting to kill Jews) which tells us that he probably had some stuff going on at home. He couldn’t kill women, of course, because the human race would end, but he had no such reservations about Jews.

Haman’s plan for getting rid of the Jews was simple. He told the king that we were a group of aliens thoroughly mixed into the entire kingdom.

“They look like us,” he said. “Some of them are even little old ladies.”

But SPOILER ALERT: Sometimes the people mixed in are just refugees looking for a home because their temple was destroyed. You don’t have to believe every negative you hear.

The movie fooled me too. I fell victim to all the propaganda spread by all the comic books I’ve read that told me the Skrulls were the bad guys. But Captain Marvel sat down with them and actually listened, and got the real story.

Costumes and labels are barely skin deep. As we’ve been told over and over again, it’s what’s on the inside that counts – the hidden strengths we don’t see at first. Thinking that Judaism puts women second is based on a very superficial reading of Judaism. If you’re looking to see the strength of women, you have to actually listen.

Jews have been called the most feminine of nations. We’re not great at sports, not great in a fight, we’ve taken a lot of garbage over the years, and we don’t really headline movies. But Judaism values internal strength above all. When we bless our children on Friday nights, we say that they should be like the matriarchs, or Ephraim and Menashe – the sons of Joseph, raised alone in Egypt. What’s so special about them? Why not the patriarchs? Our message to our children is that physical strength is not everything. When the world is against you, keep your inner strength and conviction and remember who you are.

And if that’s the strength of Jews, women are the strongest of us.