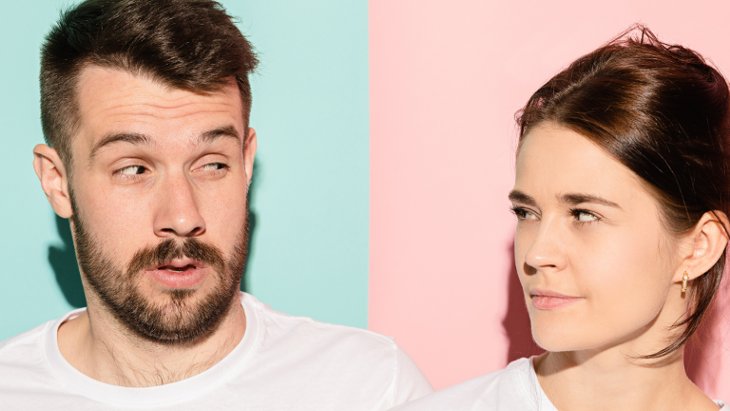 Is there any hope for this relationship? Should I just relax and give it more time?

About four months ago, I met Adam on a dating site. He proposed meeting at a free concert in Central Park and I thought we had a really nice evening. He brought a picnic blanket, a bottle of wine and a box of strawberries. I found him attractive, engaging and romantic. He texted the next day to say he had a great time and wanted to see me again sometime soon. I said I felt the same way and waited for him to propose another date. More than a week went by before I heard from him again. He said things were really busy at work but he’d been thinking of me a lot. And yet he still didn’t invite me on a second date. It took two more weeks for that to happen.

Since then, we’ve seen each other only three times. He texts me at least once a week but doesn’t actually invite me out more than once a month or so. I would conclude that he isn’t that interested, but he says and does some very sweet things. He tells me I’m beautiful. He sends me romantic songs and funny GIFs. Once when I was sick, he arranged for a local deli to deliver some soup to my apartment. When we do see each other, he is gallant and charming, conversation flows easily, and I always have a wonderful time. I have to say I really like him a lot.

After we’d gone out three or four times, I asked if we were dating. He said, “I’m enjoying your company and getting to know you better. Why do we need a label for the time we spend together?” He said that when he hangs out with a new person from work or from his softball team, there’s no push to steer things in a specific direction or get to any given endpoint, but when he spends time with a woman, there’s always pressure to define the relationship and force it forward. He said it was like trying to force a flower to open faster instead of letting it happen naturally.

To be honest, when he said that, I felt embarrassed and exposed. Because the truth is that I do have an agenda – I want to get married and start a family. But when I told him that if he’s not interested in taking our relationship to the next stage, it would be best for us to stop seeing each other, he asked me why I was “throwing away all the great things between us.”

I didn’t expect him to resist my attempt to break it off and now I’m more confused than ever. Is it wrong for me to feel unsatisfied with the pace that things are unfolding? I just don’t know what to make of all the mixed messages here. If he admitted he wasn’t that interested, I would of course be very disappointed, but at least I would have clarity about the situation, which in some ways would be a relief. If he’s not that into me, why would he be so attentive during the (long) intervals between dates and why wouldn’t he let me go when I tried to move on?

Do you believe there’s any hope for this relationship? Should I just relax and give it more time? I honestly don’t know what to think anymore.

Because of all the young people who come to me with their relationship troubles, I have learned all the modern terminology for distressing behaviors in the dating world. A man suddenly disappears into thin air? He’s ghosting you. A woman lied about her age and weight? She was kitten-fishing. Your boyfriend couldn’t be nicer when you’re alone together, but he won’t introduce you to family or friends? You’re being stashed.

And now it sounds very much to me as if you, my lovely girl, are being breadcrumbed.

Breadcrumbing is the act of stringing the other person along, giving them just enough to keep them around but with no intention of committing.

Why is Adam doing this? Without knowing him, it’s impossible for me to say. Maybe he wants to keep all his options eternally open. Maybe he does this with regularity and it feeds his ego to think he has a veritable harem of women waiting around for his attention -- all on tap but none on top. Maybe, like many men who fear commitment, he can’t commit to “no” any more than he can commit to “yes”.

However, this much is certain: we all know how it feels to be wildly interested in a romantic prospect. When we are very excited about someone, we want to see them more than once a month, just as you want to see Adam more than once a month. The fact that he doesn’t appear to want or need more from you tells me all I need to know about his intentions, if not his motives.

But his motives are not really your concern. Your own emotional well-being is what matters. And being played like this can wreak havoc on your heart and mind. Your instincts were correct – this relationship is toxic, and leaving it is the right thing to do.

No matter what he says, there is absolutely nothing wrong with dating with an agenda. Think about it: we work hard for everything else we want in life. We strenuously pursue degrees, jobs, promotions, raises, financial security, and the homes of our dreams. Why wouldn’t we pursue the single most important thing in life, the one element that’s most essential for lifelong happiness and fulfillment: the right partner?

You are very wise to prioritize this and to realize you don’t have unlimited time to find it. It is absolutely appropriate not to waste time on men who don’t share your dream of marriage and a family.

Don’t second-guess yourself. Break it off and move on. If he tries to argue, don’t respond. Go on real dates with men who can’t wait to see you again and show it. You deserve nothing less, and nothing will make you forget Adam faster than opening your heart to someone who’s worthy of it.

May you find your bashert in short order and go forward with him into a fruitful and beautiful future!

7 Ways to Go from Friendship to Relationship

PODCAST: Dating in the Eyes of the Beholder