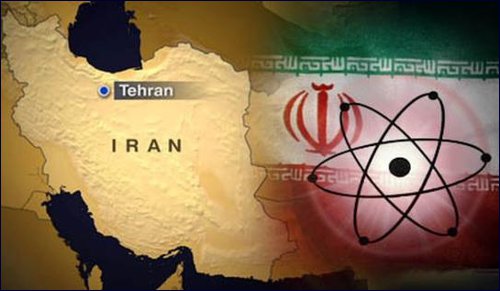 Does Tehran mean what it says? Oh, yes.

Who trusts Iran? Most Americans don't. According to two new polls, a majority of the public strongly doubts that the ruling theocrats in Tehran can be counted on to keep their end of any nuclear deal negotiated in the US-led "P5+1" talks in Lausanne, Switzerland.

Asked in a Fox News poll how much of Iran's claims on nuclear matters can be trusted, 55 percent of respondents replied that the United States "can't trust anything" the regime says, while 28 percent were willing to trust only "a little." Similarly, a survey by NBC News found that 68 percent of Americans consider Iran unlikely to abide by any nuclear agreement.

Nothing unusual there. Given Iran's long history of deceit, it would be strange if Americans and their allies didn't regard as worthless any nuclear promises the mullahs make.

Iran was an early signatory to the Nuclear Nonproliferation Treaty in 1970 and it signed a detailed safeguards agreement with the International Atomic Energy Agency in 1974. But after the Ayatollah Khomeini and his followers seized power in 1979, Iran began lying about its nuclear activities. Virtually everything we know about Iran's nuclear program was uncovered only after years of stonewalling, concealment, and outright denial. The construction of a vast uranium enrichment installation near Natanz and a heavy-water reactor in Arak, for example, didn't come to light until 2002, when an Iranian exile group exposed their existence in a press conference in Washington.

Iran has repeatedly flouted UN Security Council resolutions ordering it to suspend all enrichment-related activities. Even now, reports the IAEA, Tehran refuses to answer questions about the "possible military dimensions" of its nuclear activities.

With such a track record, it stands to reason that Iran's commitments are so widely regarded as worthless. No piece of paper signed in Switzerland will take the ayatollahs' eyes off the nuclear prize they have pursued, by means mostly foul, for so long. And of what value is any agreement if one of the signatories can't be trusted not to cheat?

Yet what makes the framework nuclear deal so grotesque and dangerous isn't Iran's trail of deception. The real reason to block any nuclear accord with Tehran's rulers isn't that they always lie. It's that they don't.

Maybe Iran would cheat on the loophole-ridden deal being promoted the Obama administration. But it wouldn't have to. Even President Obama admits that Iran could abide by the terms agreed to and wait for them to run out in a little more than a decade. "At that point, the breakout times [to nuclear weapons capability] would have shrunk almost down to zero," the president told NPR. Cheat or don't cheat, the end is the same: The Lausanne deal paves Iran's path to the bomb either way.

The mullahs don't lie about what matters to them most: death to America, the extermination of Israel, unrelenting global jihad.

And then it will be clear – apocalyptically clear – that the ayatollahs were telling the truth.

They were telling the truth last November, when the Iranian Revolutionary Guards proclaimed that "the US is still the great Satan and the number one enemy of the [Islamic] revolution and the Islamic Republic."

They were telling the truth in February, when Ali Shirazi, a senior Iranian cleric and aide to Ayatollah Ali Khamenei, declared that his troops are in a global war that will one day bring "the banner of Islam over the White House."

They were telling the truth a decade ago when Hassan Abassi, a high-ranking intelligence operative, warned that Iranian agents had identified "29 sensitive sites in the West, with the aim of bombing them... Our intention is that 6,000 nuclear warheads will explode" as part of a "strategy ...for the destruction of Anglo-Saxon civilization." 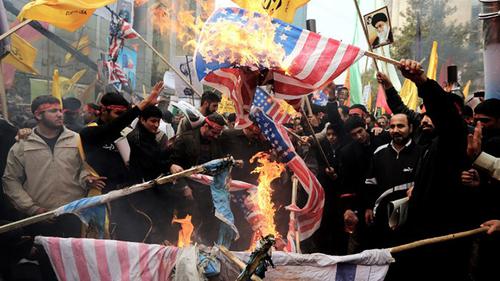 They were telling the truth when a commander of Iranian forces insisted that "America has no other choice but to leave the Middle East region beaten and humiliated." And when Iran's supreme leader raged that "there is only one solution to the Middle East problem, namely the annihilation and destruction of the Jewish state." And when Mahmoud Ahmadinejad asserted that "a world without America is not only desirable, it is achievable."

Tehran's rulers may have lied for years about their nuclear activities; their negotiated commitments to suspend enrichment and submit to inspections may not be worth the ink they sign them with.

But the mullahs don't lie about what matters to them most: death to America, the extermination of Israel, unrelenting global jihad. They say they are deadly serious.