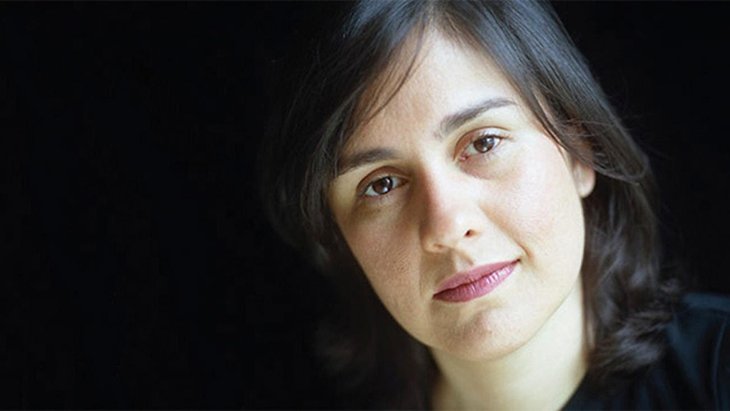 Hundreds of authors are taking a stand in favor of boycotting Israel.

In an open letter in the London Review of Books on September 23, 2019, over 250 authors defended BDS, the “Boycott, Divestment and Sanction” movement that advocates the complete breaking of all ties with Israel, with the destruction of Israel as a Jewish state as its goal. Many of the signatories were among the world’s most celebrated writers, including Arundhatie Roy, JM Coetzee, Yann Martel, Jeanette Winterson and Ben Okri.

Their outrage is the latest twist in a bizarre story that began earlier in the month.

British writer Kamila Shamsi won the prestigious Nelly Sachs literary prize, bestowed every other year by the city of Dortmund in Germany. A Nelly Sachs award comes with 15,000 Euros (about $16,500) in prize money and celebrates authors whose work contributes to the promotion of understanding between different groups of people. There was only one problem: far from bringing people together, Ms. Shamsi books divide groups and inflame passions. For years, she’s forbidden any of her works to be published in Israel.

When this outrageous fact was pointed out to the Nelly Sachs prize committee, they decided to take a principled stand. For the first time, they revoked their award. Refusing to let her books be published in the Jewish state is “clearly in contradiction to the statutory objectives of the award” which include promoting tolerance and “building bridges between societies”, the award committee explained.

Many famous authors have leapt to Ms. Shamsi’s defense. The move to isolate Israel and make snubbing seem normal is gathering pace. The current move to defend Ms. Shamsie and protest the Nelly Sachs award illustrates just how normal demonizing and boycotting the Jewish state has become, in literary circles and beyond.

A decade ago, Ms. Shamsi wasn’t avoiding Israel at all. Her early novels were translated into Hebrew and published there. One of her books came out in Israel as recently as 2010. But in 2018 when an Israeli publisher inquired about translating her more recent books into Hebrew, Ms. Shamsi declined. “I would be very happy to be published in Hebrew,” she wrote, “but I don’t know of any publisher of Hebrew who is not Israeli.”

As pressure to treat the Jewish state like a pariah has grown, so has the list of authors who refuse to allow their books to be published in Israel - or even translated in Hebrew, the language of the Jewish people.

In 2005, the popular British science fiction writer China Meiville announced that he was refusing to allow his books to be translated into Hebrew. When an Israeli publisher requested the right to translate his works, even allowing Mr. Meiville to write any forward for the Hebrew-language edition he might want to include, the answer was a resounding no.

In the 1980s, Pulitzer Prize winning author Alice Walker had no problem allowing her novel The Color Purple to be sold in Israel. But when an Israeli publisher requested permission to issue an updated version in 2012, Walker refused, posting a long anti-Israel screed on an Arab website devoted to boycotting the Jewish state.

Australian author Christos Tsiolkas won fame for his 2008 novel The Slap, which later gained fame as a TV series of the same name. When Israeli publishers asked him for permission to translate the bestseller into Hebrew, Tsiolkas refused. He’d only allow a Hebrew version of the book if the Israeli publishers could guarantee that they’d simultaneously translate The Slap into Arabic and publish it that way too. Unable to accommodate this bizarre request, which he’d likely never demand of any other publisher, The Slap never made it to Israel.

“I’ve encountered such cases several times,” explained Ornit Cohen-Barak, an editor at the Israeli publishing company Modan. These problems often arise with authors from Arab countries, but Ms. Cohen-Barak has told journalists she’s encountered writers in Europe and the United States who suddenly refuse to publish in Israel. Now, she’s explained, she first tries “to ascertain with (authors) that they’re willing to be published in Israel, because I don’t have time to read books and arrange contracts that won’t happen.”

Now more than ever, it’s crucial we all stand up and protest Kamila Shamsi’s terrible decision and the misguided authors who are cheering her on. It’s time to take a few minutes and write a letter to the editor of your favorite newspaper. Blog and post on social media. Talk about this issue with your friends. Let the world know that boycotting Israel is wrong. As the judges on the Nelly Sachs literary award body have said, literature and books can play a unique role in bringing people together. Don’t let it tear us apart.