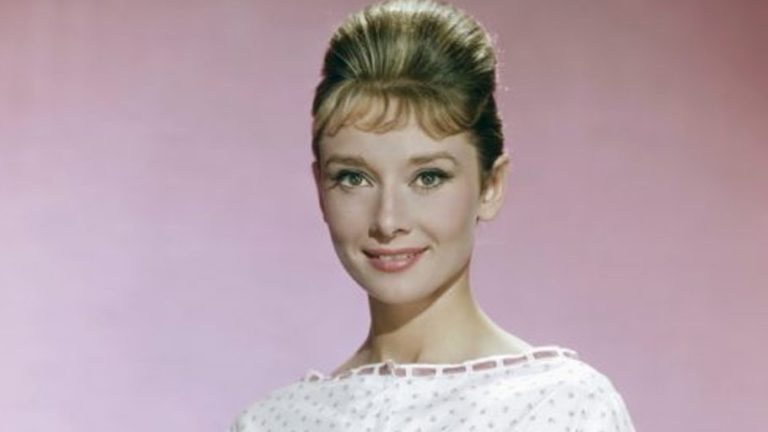 Film icon Audrey Hepburn long hinted that she was active in the Dutch Resistance against the Nazis as a girl living in Nazi-occupied Holland. Now a biography of the star by Robert Matzen, called Dutch Girl: Audrey Hepburn and World War II has uncovered previously unknown ways that Hepburn, and her mother, aided the Allies.

Audrey Hepburn was only ten years old when World War II broke out. At the beginning of the war, she seemed like an unlikely heroine: she was born into an upper class Dutch family and some of her relatives were sympathetic to the Nazis. Six years later, her life was unrecognizable, marked by poverty and trauma and loss - and by secret work for the heroic Dutch resistance.

Hepburn was born in Belgium in 1929. Her mother Ella van Heemstra was a baroness, and her father was an Austrian-British banker. Both parents had fascist sympathies; they had met privately with Hitler in 1935, and Hepburn’s mother once wrote for a Nazi newsletter, saying, “Well may Adolf Hitler be proud of the rebirth of this great country and of the rejuvenation of the German spirit.” 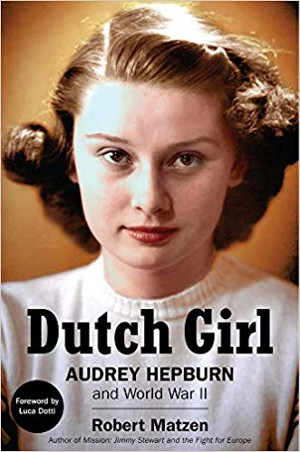 Hepburn’s father walked out on the family in 1935. She and her mother moved to England for a few years, where Audrey Hepburn attended a private boarding school near Dover, but with war on the horizon the two returned home to Holland in 1939, settling in the eastern city of Arnhem. Hepburn’s mother took a job selling furniture, and for a while the Netherlands was peaceful and safe from the Nazi war machine at its borders.

That peace was shattered in May 1940, when Germany invaded the Netherlands. Soon, German troops were installed in every town and village, street signs were changed from Dutch to German, and the Nazi swastika replaced Dutch flags flying over town halls. Hepburn’s school curriculum was drastically altered: “In the schools,” Audrey Hepburn later recounted, “the children learned their lessons in arithmetic with problems like this: ‘If 1,000 English bombers attack Berlin and 900 are shot down, how many will return to England?’”

Soon, Hepburn witnessed unimaginable tragedies. She later recalled seeing a group of Jews being forced onto a train in 1941. “I remember, very sharply, one little boy standing with his parents on the platform, very pale, very blond, wearing a coat that was much too big for him, and he stepped on the train. I was a child observing a child… Then I realized what would have happened to him.” 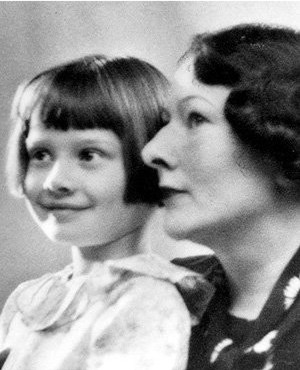 Mother and daughter moved to the small town of Velp, where Hepburn’s grandfather lived, and explored ways to help the secret Dutch resistance in their fight against the Nazis.

Hepburn was only a teenager but she found ways to materially aid the resistance. She’d studied ballet for years and hoped to become a professional dancer. Now she used her dancing talents to help the resistance. 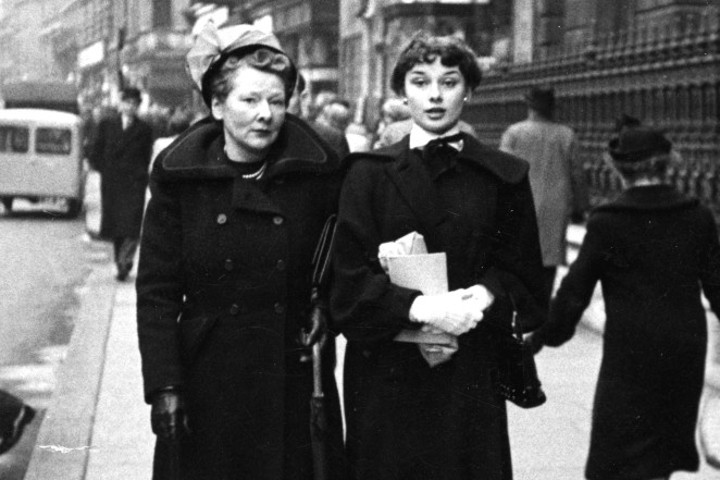 Audrey with her mother, Ella, in London in the late 1940s

In 1944, when she was 15, Hepburn began volunteering with Dr. Hendrik Visser’t Hooft, a Christian theologian who was a committed anti-fascist. Throughout World War II, Dr. Hooft organized contact and deliveries between the Dutch resistance and the Dutch Government in exile in London. With Hepburn’s aid, he organized secret dance recitals where Hepburn would perform, raising money for the resistance. They called these top-secret performances “zwarte avonden”, or “black evenings” because of their top-secret nature and the fact that they had to blacken out the windows so nobody would guess what was going on inside.

“Guards were posted outside to let us know when Germans approached,” Hepburn later described. “The best audiences I ever had made not a single sound at the end of my performance.”

Hepburn also aided Dr. Hooft with his courier work, delivering the underground anti-Nazi newspaper the Oranjekrant throughout the area on her bicycle. Because paper was hard to get hold of in wartime Holland, the Oranjekrant was tiny, only a few inches square. “I stuffed them in my woolen socks in my wooden shoes, got on my bike and delivered them,” Hepburn later explained. A fluent English speaker, she also delivered messages from the resistance to Allied pilots who’d been shot down.

For a time, Hepburn’s family sheltered a British pilot who’d been shot down over Holland. Hepburn’s son Luca Dotti is recorded in the book explaining that this was his mother’s favorite story to tell about World War II. “My mother told me it was thrilling for her - it was risky, he was a stranger in uniform, a savior, and therefore a knight and hero. Then I learned about the German law that if you were caught hiding an enemy, the whole family would be taken away.”

By the end of the war, Hepburn and her mother were reduced to living in a cellar to avoid aerial bombings. They had very little heat, water, or food. At times Hepburn would go several days at a time without eating; by the end of the war, when she was 16, she weighed just 88 lbs.

When her town was liberated by Allied troops in 1945, Hepburn and her family rushed outside, only to find themselves surrounded by armed soldiers pointing guns at them. Hepburn spoke to the soldiers in English and the troops started cheering. “Not only have we liberated a town, we have liberated an English girl!” one of the soldiers cried.

After the war, Hepburn continued to dance and also modeled. She acted in her first movie in 1948, and later danced in a musical in London’s West End. She moved to New York in 1951 to star in the musical Gigi on Broadway. 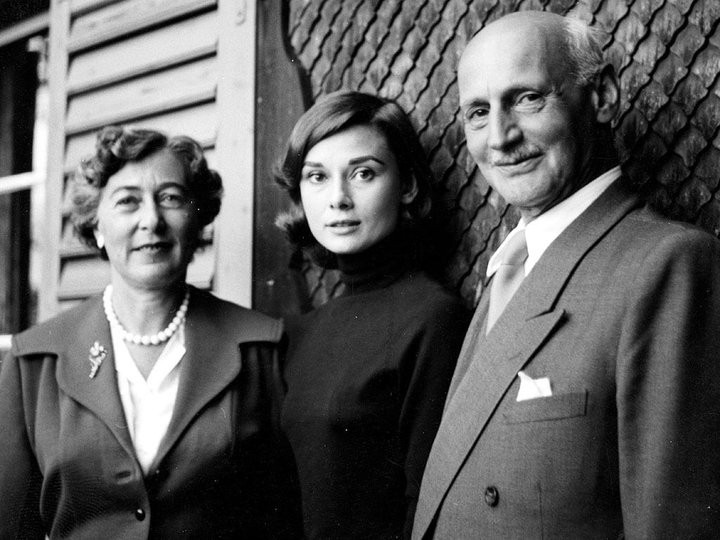 Audrey Hepburn with Otto Frank and his second wife.

Years later, after she was established as a major star, Hepburn was asked to play Anne Frank in a movie. Anne Frank’s father Otto Frank personally asked Hepburn to play his daughter, but Hepburn felt there was no way that she could. Both girls were born the same year and grew up not far from each other in Holland. Hepburn had read Anne Frank’s diary and felt an overwhelming kinship with the murdered Jewish girl. “That child had written a complete account of what I had experienced and felt” during the war, Hepburn told her son.

“I was so destroyed by it (reading Anne’s diary) again, that I said I couldn’t deal with” playing Anne Frank in a movie, a sorrowful Hepburn explained as she turned down the role. “It’s a little bit as if this had happened to my sister,” Hepburn explained. “In a way she was my soul sister.”

Despite her fame as an actress, Hepburn was most proud of her resistance activities during World War II. “The war was very, very important to her,” Hepburn’s son Luca Dotti says in the book. “It made her who she was.”

The Stockdale Paradox
It Takes A Lot Of Faith To Be An Atheist
How Instagram Brought Back This Nostalgic Soup
What Makes Eli Run?
Comments
MOST POPULAR IN Current Issues
Our privacy policy