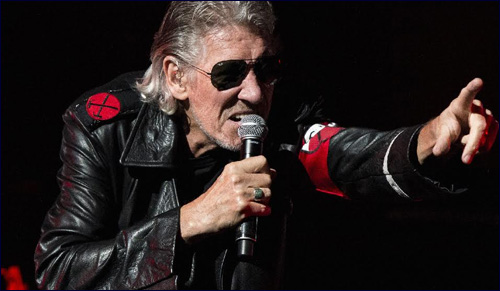 Boycotting the narrow-minded bigotry of a creative genius.

I am writing to let you know that I'm sorry. I hate to get involved in this whole Boycott, Divestment and Sanctions (BDS) thing, but I'm done with you and I'm done with Pink Floyd.

As a teenager, Pink Floyd's Dark Side of the Moon was my favorite album for years... until I heard Pink Floyd's Wish You Were Here. And The Wall is still the coolest musical film I've ever seen.

Although it's tough to quit you cold turkey, I don't really have a choice.

You see, Mr. Waters, I am forced to do this because you've gone from being a musical genius to a ridiculous sideshow of anti-Israel and anti-Semitic propaganda. What makes me say this?

Perhaps it's the 2010 concert when you showed images of a B52 bomber dropping bombs in the shape of Jewish Stars of David followed by dollar signs. 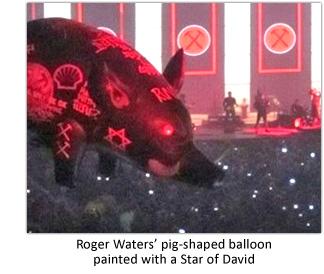 Or perhaps it's the 2013 interview when you used the age-old canard that the American media was under instructions not to report criticism of Israel to the American public?

Or how about the July 2013 concert in Belgium when a pig-shaped balloon painted with a Star of David was released on stage, as you sang the lyrics, "Get him up against the wall, that one looks Jewish" – while wearing a long black leather jacket with a red-and-white arm band reminiscent of a Nazi uniform?

Do you think I felt better when you responded to criticism by saying, "Some of my best friends are Jewish"?

As a Pink Floyd fan, I cannot ignore your tireless efforts to serve as the poster boy for BDS efforts to undermine the Jewish State's legitimacy – by publically castigating everyone from the Rolling Stones to Neil Young to cancel performances in Israel.

And who can forget your claim – in United Nations testimony, no less – that Hamas desires "permanent peace with Israel.” Have you not read the Hamas charter calling for complete annihilation of Israel? And how do you explain – following Israel's voluntary withdrawal from all of Gaza in 2005 – that Hamas responded by launching thousands of rockets into Israel, targeting homes, schools and buses?

Or how about your comparison of Israel to Nazi Germany, saying “the parallels with what went on in the 30’s in Germany are so crushingly obvious"?

Really? Where are the slave labor camps and the nightly massacres? Two-thirds of European Jewry exterminated by the Nazis? That’s genocide. Half the population of Darfur – 3 million people – either dead or displaced? That’s genocide. But the Arab population of the territories soaring from under one million in 1967 to four million today? If Israel is committing genocide, that’s the least efficient genocide in history.

As a public figure whose music has always preached peace, freedom and tolerance, don't you think it's absurd to shamelessly target the only functional democracy in the Middle East? Why aren't you concerned with the Assad regime's murdering of hundreds of thousands of Syrians with chemical weapons – a casualty count 10 times higher than the combined total of deaths in all the Arab-Israeli wars combined. 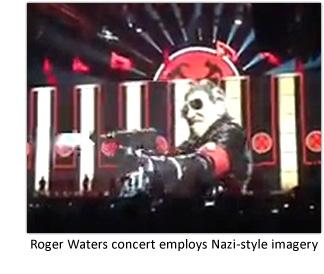 Where are your concerts in support of the Kurdish people who are fighting for their lives against terrorist armies in their historic homeland? Where are your unwritten op-eds championing the millions of Arab women who are treated as second-class citizens in gender-apartheid Saudi Arabia?

I won't even bother refuting your many lies, including the myth that Israel's population is as you claim "largely settled from Europe." Have you never heard of the hundreds of thousands of Jews banished from the Arab countries and forced to leave with no possessions?

You ask rhetorically if Palestinian people "have the right to vote?" The answer, as you know, is that they are still waiting for Palestinian Authority President Mahmoud Abbas – on year 10 of his 4-year term – to hold new elections.

You pushed for the closing of a SodaStream plant in the West Bank. Do you even care about the hundreds of satisfied Palestinian workers who explained: "If you ask me, there should be a thousand SodaStreams in this area"?

Roger, you consistently show yourself to be less pro-Palestinian and more anti-Israel.

Mr. Waters, I am sick of watching you use social media to berate musicians for touring in Israel. Music is about building bridges and not erecting walls. As Alan Parsons responded to your unsolicited public criticism for playing in Israel: "Music knows no borders, and neither do I." Isn't that what you should be saying when you speak about Israel?

And yet you have no intention of stopping, having recently lashed out against Jon Bon Jovi for his concert in Israel. Bon Jovi's greatest hit – "Livin' on a Prayer" – might as well be the unofficial motto of the Jewish people who've been fighting for survival against anti-Semites (such as yourself) for 4,000 years.

"Livin' on a Prayer" might as well be the unofficial motto of the Jewish people.

I'm boycotting you for promoting the canard that Jews control Hollywood, that Jews control the media, and that Israel's sounding the alarm about a nuclear Iran is merely “a diversionary tactic” to distract from Israel’s real agenda of foisting a "colonial apartheid regime."

I'll miss you, Mr. Waters. But fortunately I'll still have the Rolling Stones,KISS, Bob Dylan and the hundreds of other artists who've played awesome concerts in Israel – in spite of your double-standard attacks on the Jewish State.

You can't always get what you want!