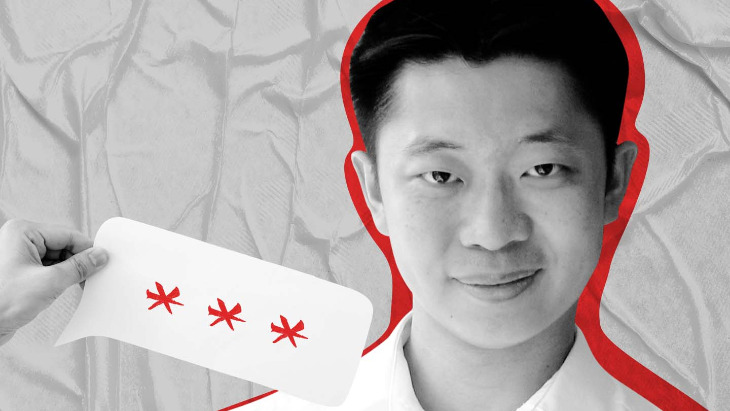 A “harmless” joke highlights the problem of racial sensitivity in some sectors of the Jewish community.

Earlier this year, my wife attended a program on Jewish education. The presenter made a seemingly harmless joke:

“A couple stopped having children after their fourth, because they read a study that said that every fifth child born in America is Asian.”

There was no way for him to know that among the sea of white faces in the audience, one of them was married to me.

I contacted the presenter to inform him that his joke was racially insensitive (it implies that having an Asian child is a negative outcome to be avoided). His first reaction was not to apologize, but to explain.

“The joke is not about race.”
“It doesn’t really disparage Asians.”
“I ran it by some Asian friends!”
“I teach courses on cultural diversity, so I’m well-versed in hot button issues like racism.”

The irony of that last point eluded him.

He eventually did apologize. “I’m sorry if you misinterpreted my joke.” In other words, the fault lay with the person who found the joke offensive, not the teller. It was a stunning abdication of responsibility – from a professional educator, no less.

I do not believe the presenter is racist. By all accounts, he is an upstanding, civic-minded, Torah-abiding Jew – the polar opposite of a white supremacist brandishing bigotry and tiki torches. He is not an agent of hate. And one joke in poor taste does not a racist make.

But racism exists on a spectrum. The hateful invective of neo-Nazis, Ku Klux Klansmen, and gun-wielding domestic terrorists occupies one extreme. The other encompasses a far subtler form of racism: the inborn, unconscious biases that shape the worldview of anyone raised in a predominantly white society.

It is not malicious. Most people are not even aware of it. It manifests most commonly as a lack of racial sensitivity – a gaping blind spot to the perspectives of marginalized peoples. It finds expression in comments and questions and jokes that seem harmless, but are actually hurtful.

And it is distressingly common in the Jewish world.

My life as a convert has been charmed. In the 12 years since I joined the Jewish people, I’ve enjoyed the wholehearted embrace of countless families and individuals who have gone out of their way to make me feel like a vital thread in the broader tapestry of Judaism. They’ve welcomed me with open arms and shown me nothing but acceptance and friendship.

Tolerance is a hallmark of Judaism, and I can attest to its truth.

It comes as no surprise that I have never experienced overt racism from fellow Jews. No taunts of “go home, Bruce Lee!” which I heard as a child in the suburbs, and even occasionally as an adult in the streets of Manhattan. Tolerance is a hallmark of Judaism, and I can attest to its truth.

However, to say that I have not experienced any racism whatsoever would be a lie.

I have heard children chant “ching chong, ching chong!” in my presence at Shabbos tables. I have heard adults quip that someone was so tired that their eyes “looked Asian.” I have been asked by the Jewish owner of a neighboring town’s kosher Chinese restaurant if I was a customer or one of the cooks. I have been complimented for speaking without an accent (never mind that I was born and raised in New York).

At their core, these “innocent” comments touch a raw nerve shared by every minority in America. They boil us down to physical traits, linguistic sounds, or vocations. They dehumanize, reducing individuals to stereotypes and tropes. They make us feel different, “othered,” and lesser. We are conditioned to think of ourselves as outsiders, and these comments reinforce that insecurity.

And the effects are amplified for children. 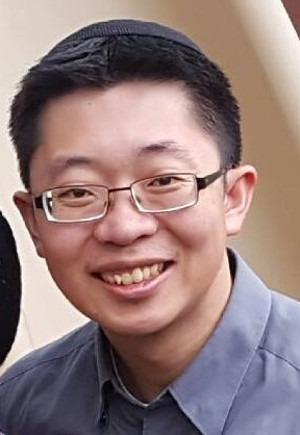 Our youngest son came home from playgroup one day and showed us a new trick he learned from his friends. Using his fingers, he lifted up the corners of his eyes – a universally-recognized gesture used to make fun of Asians. Thankfully, my son is still too young to know what it means. It’s even possible that the boys he learned it from are unaware of its hurtful implications.

But they did it. No teacher or parent stopped it. And I worry about all the teasing and taunts – playful or otherwise – in the years to come.

This is how it starts. The innocent schtick of children becomes the careless insensitivity of adults. An educator stands before a roomful of parents and uses a marginalized group as a punchline – and nearly every parent laughs. Those same parents perpetuate the ignorance by passing it on to the next generation: their children. My children’s peers.

The presenter may not be racist. The parents may not be racist. But the possibility that the joke is racist never crossed their minds. Perhaps not surprising, given how insular and homogenous many Orthodox communities tend to be. Children are largely shielded from an outside world that is far more diverse than what they see at home. Growing up with no regular contact with Asian, Hispanic, or black people, they never learn what is (or isn’t) socially appropriate to say to them.

It doesn’t help that formal Jewish education can sometimes compound the problem. Some schools cultivate an “us against them” mentality that frames all non-Jews as evil. Yes, Jews and non-Jews are different, and have different missions in this world. But the Jewish claim to the status of “chosen people” does not correspondingly relegate all other peoples to sub-human status. After all, non-Jews are also created in the image of God.

Yet I have heard children declare that “Hashem gave the Torah to the Jews, not the goyim,” or that “the goyim destroyed the Beis HaMikdash.” And their tone strongly suggests they are being taught that goyim means “those people who are lesser than us.”

I pray that my children never learn this lesson. After all, their father used to be a goy.

I’ve refrained from speaking out in the past for fear of being labeled “hyper-sensitive” or “too PC.” I’ve heard some Jews suggest that political correctness is a tool used by millennials and liberals to stifle the free speech of anyone who disagrees with them. To which I respond:

That’s easy for a white person to say.

Political correctness gives a voice to muted minorities who historically have been silenced by a loud majority. We live in a time when marginalized groups are finally feeling empowered to speak out. Shaming us for being “too PC” is an attempt to maintain the old status quo. It is stifling our free speech – not the other way around.

I’ve seen Jews roll their eyes when African Americans decry the use of blackface by white performers. I’ve heard Jews dismiss Native Americans who condemn the Cleveland Indians mascot as an offensive caricature. I wonder if those same Jews were as forgiving when a popular clothing retailer released a line of striped pajamas resembling concentration camp uniforms from the Holocaust.

Among the many reasons the Talmud cites for the destruction of the Temple was the inability of Jews to put themselves in each other’s shoes. This failure to empathize, to truly understand what it means to be someone else, continues to plague us to this day.

So I choose words, not silence. The Jewish world is becoming more and more diverse – and as a father of children who epitomize that diversity, I feel a responsibility to call out racial insensitivity when I see it. Not to cause trouble. Not to shame or point fingers. But to educate. To inspire people to think before they speak and consider how their words can impact others. 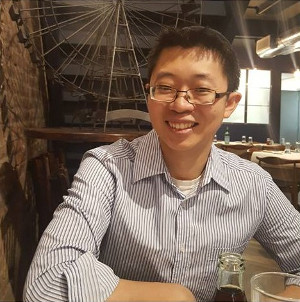 Ultimately, the presenter relented. While he declined to abandon the joke entirely, he resolved to change it to make it less problematic for Asians. I am grateful – both for his willingness to do better, and for the lessons we all can take from this episode:

Learn to take the feelings of others into account when we speak.

Recognize our own biases and prejudices.

Believe others when they express and share their pain.

Together, we can raise awareness of racial sensitivity within the Jewish community. We can break the cycle of ignorance and inaugurate the path to empathy and inclusion.

We just have to recognize that racism is no laughing matter.

Aryeh Ho is an editor for an educational website and a published children’s book author. He is a proud AAJC (Asian-American Jewish Convert) and enjoys writing about all aspects of his identity.

Who are the Jewish Athletes at the Tokyo Olympics?
Lokshen Noodle Kugel Recipe
G-d Time
Shavuot is The Holiday of Cheesecake and Blintzes
Comments