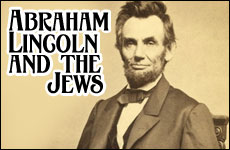 Honest Abe loved the Jewish people. But could he have been one of us?

On February 12, 1809, a young, poor, woman from Virginia, Nancy Hanks Lincoln, gave birth to a son in a log cabin built along the banks of Nolin Creek (now Hodgenville, Kentucky.) Her son, Abraham, become one of America’s most admired Presidents.

Lincoln was also beloved in his time (by the North), and was held in high regard by Jewish Americans for his moral and spiritual convictions. As he never identified with a specific faith there has been much speculation about his “Jewish roots,” especially given the mutual admiration between Lincoln and his Jewish friends and advisors, along with his pro-Jewish policies. Let’s look first at how the 16th President stood up for the Jews and was a true “mensch.”

Let’s look at how the 16th President stood up for the Jews and was a true “mensch.”

*Lincoln was the first President to make it possible for rabbis to serve as military chaplains by signing the 1862 Act of Congress which changed the law that had barred all but Christian clergymen from the role. It all started on September 8, 1861, when a 30-year-old Philadelphia cantor, Michael Mitchell Allen, returned to his encampment with the 65th Regiment of the Fifth Pennsylvania Cavalry, known as Cameron’s Dragoons. The regiment of 1,200 men, mostly Jews, elected him their chaplain. Complaints flew up the military ladder. Lincoln, then signed the Act, and Jewish chaplains have been serving in the American Armed Forces ever since.

*He was also the first, and happily, the only President who was called upon to revoke an official act of anti-Semitism by the U.S. government. He canceled General Ulysses S Grant's “Order No. 11” expelling all Jews from Tennessee from the district controlled by his armies during the Civil War. (Grant denied personal responsibility for this act attributing it to his subordinate.)

*Shortly after delivering the Emancipation Proclamation, Lincoln met Canadian Christian Zionist, Henry Wentworth Monk, who expressed hope that Jews who were being oppressed in Russia and Turkey be emancipated "by restoring them to their national home in Palestine." Lincoln replied this was "a noble dream and one shared by many Americans."

Factoid: Edward Rosewater, a young Jewish member of the Telegraphers Corps of the Union Army, transmitted President Abraham Lincoln's Gettysburg Address in 1863. President Lincoln was a frequent visitor to read the field dispatches. After the war, Rosewater founded the Omaha Daily Bee, and was elected and appointed to public offices.

*Lincoln and Jewish lawyer Abraham Jonas (1801-1864) were intimate confidantes. In one correspondence between them Lincoln wrote: "You are one of my most valued friends." The friendship began soon after Jonas settled in Quincy, Illinois in 1838. When Lincoln visited Quincy in 1854, he spent most of his time with Jonas, who came from Kentucky where he served in the State Legislature for four terms. From 1849 to 1851, he was postmaster and Lincoln re-appointed him in 1861. More, Jonas was one of the first to suggest Lincoln for the presidency when Horace Greeley, the editor of the New York Daily Tribune, went to Quincy in December 1858 to meet with leading Republicans to discuss the election of 1860.

*Lincoln and Jewish doctor Isachar Zacharie, an English-born chiropodist, met in September 1862 professionally. The President gave him the following testimonial: "Dr. Zacharie has operated on my feet with great success, and considerable addition to my comfort." Zacharie became both friend and emissary for Lincoln. The New York World wrote that the chiropodist "enjoyed Mr. Lincoln's confidence perhaps more than any other private individual." Zacharie also actively solicited the Jewish vote for Lincoln.

*Lincoln was exceptionally generous to prominent rabbi Dr. Morris J. Raphall of Congregation B'nai Jeshurun. The Rabbi had met Lincoln only once, but asked a favor of the president regarding his son. Raphall told his congregants, Lincoln had "granted it lovingly, because he knew the speaker to be a Jew-because he knew him to be a true servant of the Lord." Lincoln did more for Raphall's son-in-law, Captain C. M. Levy. Levy had been distributing special food and clothing to Jewish soldiers in Washington's hospitals. When he was dismissed from service, Lincoln came to his rescue.

In his study of American Jewry and the Civil War (Philadelphia, 1951), Bertram W. Korn writes that in the eulogy Rabbi Isaac M. Wise delivered after Lincoln’s assassination, he said: "The lamented Abraham Lincoln believed himself to be bone from our bone and flesh from our flesh. He supposed himself to be a descendant of Hebrew parentage. He said so in my presence."

Ever since, speculation has been rife. Google “Abraham Lincoln Jewish” and a plethora of articles appear.

The “Case for Jewish Lincoln”:

The answer? At present the above “proof” is purely speculation and “evidence” by association. Lincoln's son Robert Todd Lincoln denied the admission of Hebrew ancestry and dismissed the exchange between Lincoln and the rabbi as a "pleasantry."

There isn’t a shred of credible evidence to substantiate Rabbi Wise's assertion that Lincoln identified as having a Jewish heritage, nor was Lincoln known to have shared similar comments to his close Jewish friends, something he surely would done as “Honest Abe” wrote them of many other intimate and political details.

Yet, no doubt Abraham Lincoln could not have been more supportive, sympathetic, or friendlier to the Jews, if he had indeed been one of us. 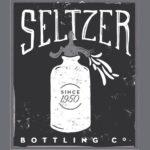 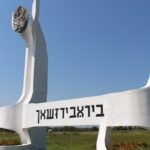 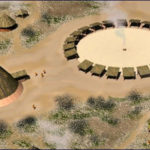 We Jews and Sukkot5 min read

My Life as a Jewish Cartoon5 min read