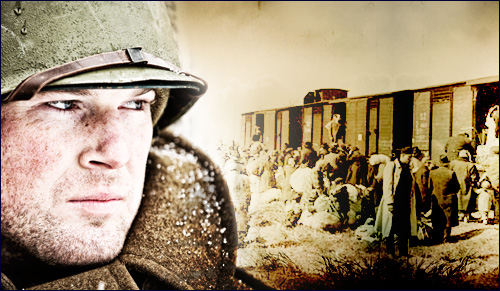 Henry Birnbrey, a Kindertransport survivor, helped liberate a death train in the heart of Nazi Germany.

In 1938 14-year-old Henry Birnbrey traveled by himself on a ship from Hamburg to New York as part of a Kindertransport, a special program to rescue Jewish children from Nazi Germany. An only child, he will never forget the trauma of leaving his parents behind. He would not see his family again. However, he would return to Germany years later to avenge their deaths.

He fought hard for that privilege.

Birnbrey was among many American soldiers to witness the devastation of the Nazi concentration camps. He helped liberate a “death train” deep in the heart of Nazi Germany. What he saw would change his life forever.

The images remain with him still at age 93. For many years he couldn’t entertain them. Then he received an invitation to talk to high school students about being a teenager in Germany and finally allowed himself to plumb the depths of the unspeakable.

It all began in 1937, when Henry – then called Heinz – was 13. His father Edmund, a merchant, was arrested after telling a customer he was unable to deliver textile goods. The customer’s son asked, “Is it because of the Nazi regime?” Even though Edmund said no, the customer’s son apparently denounced him as a traitor to the authorities.

Edmund managed to return home after a few days in jail. However, the Germans arrested him along with many others on Kristallnacht, the “Night of Broken Glass,” a pogrom against Jews on November 10-11, 1938. At least 91 Jews were murdered, 267 synagogues throughout Germany, Austria, and the Sudetenland were destroyed and windows of an estimated 7,500 Jewish-owned commercial establishments were shattered and looted. Edmund Birnbrey was beaten up badly and died from his wounds a few weeks later.

By that time Henry already had escaped to America. A Jewish social worker greeted the young refugee from Dortmund, Germany, on the docks of New York and shepherded him by train to Alabama. The Birmingham Council of Jewish Women, which had sponsored his immigration, placed him in a foster home. After nine months they moved him to a different foster home in Atlanta. “I guess I was too hard to handle,” he jokes.

“I became a cousin to all the cousins. I was invited to all the family events. I’ve been very blessed.”

Birnbrey had corresponded with his parents by mail, which was censored, and only learned about his father’s death two months after the fact. His mother Jenny died soon after, but he doesn’t know the cause. At least she wasn’t in a concentration camp.

She had tried to leave Germany and applied for visas. “What people don’t realize,” he says, “is there was no problem getting out of Germany in those days. The problem was getting admitted to other countries.”

Swept up in the surge of patriotism in his new country during World War II and thirsting for revenge, Henry tried to enlist in the U.S. Army. At first he was turned down because the United States considered him an “enemy alien” due to his German passport. While waiting for American citizenship, he filed a presidential appeal and in 1943 was allowed to serve with the American forces that stormed the beaches of Normandy. 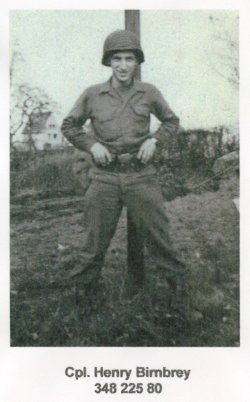 Birnbrey then went to Germany as a scout surveying the situation for the infantry division. “We were moving fast. Sometimes we were one to two days ahead of the Army. Our objective was to take Berlin,” he recounts.

“On the way between Brunswick and Magdeburg we encountered ditches along the highway full of concentration camp victims who had been shot.”

Two weeks before the war ended in 1945, the scouts came upon a shocking sight in the middle of nowhere: an abandoned, closed freight train with 20 or 30 cars full of Jews, standing room only. The Americans heard voices inside and were struck by a tremendously unpleasant smell.

“You just can’t find words to describe this kind of situation,” Birnbrey says. “People had been put into such subhuman conditions, it was almost difficult to identify with them as fellow human beings. Their own waste was in the freight cars. They had been so degraded by the process.”

Apparently the Germans had been transferring the Jews from the Bergen-Belsen concentration camp to Theresienstadt to avoid their rescue by the allied forces. But fearing their own capture from the advancing Americans, the guards abandoned their prisoners. The American soldiers opened the train doors and freed them.

“We were too stunned to know what to do. There are a million things you wish you had done. It was so horrible, so unsightly, dirty, filthy, ugly. It was totally unexpected. We were totally unprepared. The only food we carried were emergency rations for ourselves. We didn’t have a kitchen. We radioed back to tell people what we had seen. We were told to go on and others would take over.”

Birnbrey recalls the sight often and admits it has remained in his conscience his whole life.

More than half a century later Matthew Rozell, a non-Jewish social studies teacher in upstate New York, started researching this lost chapter of the Holocaust. He published A Train Near Magdeburg: A Teacher's Journey, Backwards Into the Holocaust in 2016. 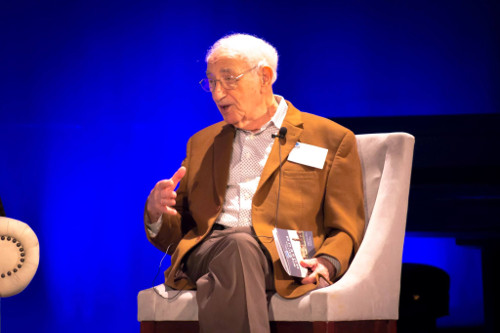 At a panel discussion at the Berman Museum in Atlanta

Rozell also organized reunions of survivors and liberators, one of which Birnbrey attended in Bradenton, Fla. Still moved, he says: “It was highly emotional. It was very hard for any of us to speak. It was amazing where these people came from – some lived in Israel, some in America. One was the grandson of a survivor, who was in charge of atomic energy in the Barack Obama era.

One survivor called his liberators “the angels of life.”

With his knowledge of German, Birnbrey later was asked to interrogate prisoners. “We could never find a single German soldier who knew what was going on,” he says ironically. They all feigned ignorance.

Back home in the United States, Birnbrey, an accountant, went to law school on the GI Bill that provided educational assistance for veterans. 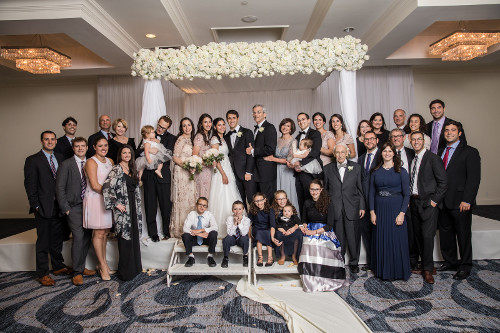 Henry Birnbrey at his grandson’s wedding

He and his wife, Rebecca, raised two sons and two daughters – all committed Jews. Birnbrey’s brood includes 15 grandchildren and 14 great-grandchildren. “To consider I was a sole survivor who has 33 descendants is really something,” he marvels. “I’ve been very blessed.”

As the patriarch, he has carried the Jewish torch and lit the way for family members. Birnbrey has remained active in Jewish communal work since he returned from World War II. He has traveled to Israel 65 times! With his late wife, he always had Shabbat dinner guests, inspiring others to uphold the tradition.

“I feel it as an obligation,” he explains. “Had we been more active and more knowledgeable and cared more for one another, maybe more people could have been saved.”

Meet Frida Berger, Have a Piece of Cake
The Promise Of The Land
Which Chat Are You On?: Parshas Behar/Lag Ba’Omer
Do You Like Slow-Cooked Food? Thank the Jews
Comments
MOST POPULAR IN Jewish Society
Our privacy policy