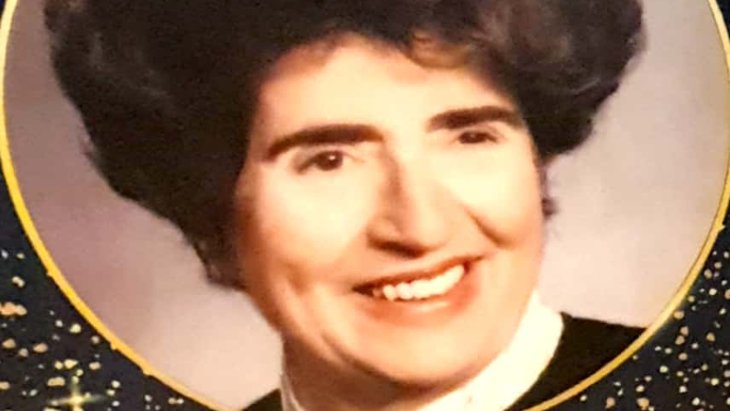 In the hell of Auschwitz Erika Bock, 18, received a final message of faith that would accompany her throughout her life.

Auschwitz-Birkenau, summer 1944. A train from Budapest slowed as it approached the infamous camp gates and finally stopped at the platform. The doors to the cattle cars opened; welcome to hell.

Against the incongruous background of a prisoner orchestra playing a Hungarian folk song, the SS guards forced the prisoners – already weakened by the inhuman overcrowding of their journey – out onto the platform in a mad rush of barking dogs and terrified men, women and children.

One of those who stepped out that day was Erika Bock, an 18-year-old girl originally from Pressburg, Slovakia. One of five children, she had been born into a house permeated by Jewish learning. Her father, Samu Bock had studied in the world-famous Pressburg Yeshiva for 13 years. Her mother Gisela was accustomed to fast every Monday and Thursday for half a day, and she had her seat taken out in shul so that she would stand for the whole time out of respect for its holiness.

Like many Central European Jews, she and her siblings were raised as German-speakers with a secular education. But unusual for a girl of her time, Erika also had an extensive Jewish education. The groundbreaking Beis Yaakov girls school system – today a global phenomenon – was in its infancy. In 1939 her parents sent her to Tapolchan, Slovakia where the original Krakow branch of the movement had relocated due to the war.

It was the example of her parents’ home together with her own immersion in Jewish learning that gave her the faith for what she was to endure in the years ahead.

Unlike in next-door Hungary, terror came early to the Bock family in Slovakia. By 1940, persecution of Jews had begun under the Nazi-allied regime of Catholic priest Josef Tiso. When deportations of Jews started in 1941, Samu and Gisela Bock decided that their daughters had to flee to Budapest, where Jews were safe.

They paid a courier to drive Erika and her younger sister Mimi across the border to neighboring Hungary. Due to the danger, a famous rabbi then in Pressburg, Rav Yonason Steif, permitted them to leave on Friday night.

The young girls weren’t on their way to freedom. Their driver betrayed them and drove straight to the nearest Gestapo headquarters.

But unknown to the young girls, they weren’t on their way to freedom. The driver who their parents had trusted crossed the border and drove straight to the nearest Gestapo headquarters. The girls were arrested and taken to a Budapest jail, where they were beaten and held in solitary confinement. Destroying the papers that identified them as Jews, the sisters claimed that they had been deported to Hungary against their will.

Although the authorities couldn’t prove that they were Jewish, Erika and her sister were deported to Auschwitz along with other Jews from Budapest. Standing on the Auschwitz railway platform in 1944, Erika found herself being sent to the left in a selection whose meaning she didn’t understand at the time.

She was assigned the horrific job to sort through the belongings of those who had just been gassed. Told only that they would be going to the East for “resettlement”, many Jews filled their pockets with money, pictures, or prayer books as they left on their final journey.

During one night shift something unusual happened. Suddenly, for no apparent reason, young Erika felt an extreme fear. As she would say later, until you got to Auschwitz there was fear; afterwards, one was so preoccupied with impending death that there was no fear. And yet on that night a sudden terror overcame her, making her teeth chatter.

Two of Erika’s fellow prisoners from Poland called the overseer, a Dutch Jew called Eli. He came over and asked what was happening. “I can’t go on, I don’t want to go on,” said Erika, bent over with panic.

But the foreman rebuked her: “Look at that crematorium. There is my wife, there are my children, but I must continue. You have to carry on!”

But the fear didn’t leave her, and she reached for a siddur in the pile of belongings that she was sorting and prayed.

Later that night, a new consignment of belongings arrived. Erika picked up a handbag and suddenly called out, “This is my mother’s!”

Having been separated from her mother years before, with thousands of Jews from all across Europe arriving and being killed daily, what were the chances that this was really her mother’s handbag?

One of the Polish women said to the other, “Panis zwarisvala – she’s gone crazy!” Having been separated from her mother years before, and with thousands of Jews from all across Europe arriving and being killed daily, what were the chances that this was really her mother’s handbag? And yet Erika insisted that it was the black bag with an ivory handle that her father had given to her mother.

As the others watched, Erika opened the handbag. Inside was a picture of herself, and postcards – addressed to her. They were stamped “undeliverable”, returned to her mother who had never stopped trying to contact her as she was imprisoned.

One, in Hungarian, bore the following message: “My dear child, never stumble, always have trust in God.”

So as her mother was being gassed, which inexplicably prompted an outburst of fear and crying in Erika, she received a final message of faith – one that would accompany her throughout her life.

It was only in the 1970s that Erika began to speak about her experiences. After the war she married Mr. David Rothschild of Zurich, and together they built a house famous for being open to all in need, and were instrumental in creating much of the city’s Jewish infrastructure including the school and old age home. But it was an encounter in a Swiss hospital that persuaded her that she had a duty to share her story. While lying in a hospital bed, the nurse noticed the number 82587 branded into her arm. “Frau Rothschild,” she exclaimed, “how clever of you to write your phone number on your arm so that you shouldn’t forget it!”

Shocked that an educated person, only three decades after the Holocaust could be unaware of what those numbers meant, she decided that it was time to speak.

In a talk that she gave to foreign diplomats in Bern, Switzerland in 1998, Mrs Rothschild spoke of that incident: “Can you see that this was something supernatural? At the very moment that my mother, from whom I’d been separated for years, was gassed, I was overcome with feelings of tremendous fear. 'Never stumble, always trust in God!' These words were her last legacy to me, and have remained in my thoughts my whole life.”

Mrs Erika Rothschild passed away just over 20 years ago, and I married her granddaughter, named after Erika’s younger sister Mimi who died in Auschwitz just after liberation. Having survived Auschwitz, a world of suffering and tears, she set up a home full of the warmth of the Judaism that she’d seen at home.

But perhaps the enduring message of the handbag in Auschwitz isn’t so much about suffering, as about the faith possible despite hard times.

Life brings challenges, some of them very difficult ones. We may not be able to explain the darkness – but for the person of faith, the light is there. For Erika Rothschild, her faith was real; it was born in her parents’ home and strengthened in the crucible of Auschwitz.

Gedalia Guttentag is active in Jewish education initiatives in Israel, including as co-founder of ITV in Tel Aviv, and is a journalist at Mishpacha magazine.

The Jews of Djerba: 9 Facts about This Ancient Jewish Community

Saving the Ship
Don’t Believe in Other Gods Versus God is One
Seeing Without Eyes
Why Shouldn’t We Eat Whatever We Want?
Comments
MOST POPULAR IN Israel
Our privacy policy
Aish.com Is Looking for Great Writers