A Doctor’s Diary: A Peek behind Aging and Death 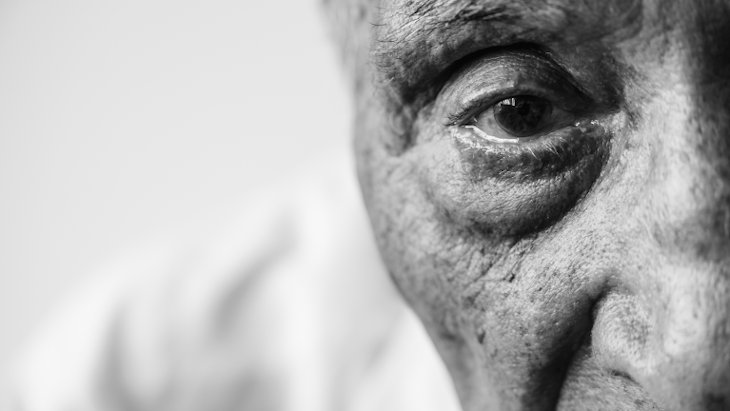 A look at the body's amazing biological clockwork.

I just attended my 50th year medical school reunion. As I entered, I was struck by the fact that we all had changed into senior citizens. Nearly everyone had gray hair and some were balding, most were shorter, and nearly all had crinkle lines. It didn’t matter whether an alumnus had once been a surgeon or a pathologist or had worked in the distant jungles, we all had been marching to the same biological drum.

I’ve often wondered if that drumbeat might actually be a form of a planned obsolescence by our Maker, much like industries do with new cars and computers. Might some of our genes be set to activate and deactivate at specific times and places? Many of our changes throughout life say so.

We know that our bodies are controlled by many ON/OFF switches. Growth hormone levels are high in children and wane in later years. Sex hormones (testosterone and estrogen) peak in early adulthood and then drop off in later life. These changes are not as simple as On or Off switches, however. How all of these “use by (age)” or “discard by (age)” mechanisms could have simultaneously evolved and coordinated remains a mystery. Neither trial and error nor mutation can explain it.

Our growth patterns depend on very orderly and specific processes. All physical changes, and many mental changes, are expected and predictable. We’re cute as babies and not so cute as seniors. We’re our most attractive when it’s time to court and have children. Even pimples show up on time. There are periods for growth, reproduction, and waning. Thomas Armstrong’s Twelve Stages of the Human Life Cycle has clearly defined them as pre-birth, birth, infancy, early childhood, middle childhood, late childhood, adolescence, early adulthood, midlife, mature adulthood, late adulthood and death and dying. No one seems to skip any one of these, add in new steps, or take them out of order.

With the exception of red blood cells, which lose their DNA very early on, duplicates of a person’s blueprints are found within the nucleus of every single cell. Yet, different cells know to follow the specific dictates relevant to their assigned work and particular location. Heart cells don’t show up in the throat and/or beat erratically. They connect and beat in unison. Bone cells make, fix or replace bone, lymph cells stand guard in lymph nodes, and liver cells do what livers do. All systems work together like a constantly-changing, 3-D jigsaw puzzle with trillions of moving pieces.

Somehow the idea that our whole body turns over every seven years and we become a totally new person is often cited as a fact, but the statement is not factual. The idea of turnover however is correct. Specific cells turn over at different rates. Skin is much faster than heart cells. Brain cells (neurons) in the cerebral cortex linger person’s whole life, but can change their dendrites; whereas cells in the placenta die with birth. White cells last about one year, red blood cells about four months, and platelets ten days. Parts of the body replace themselves at different times and different rates. Despite the ongoing turnover, the number of red blood cells and white blood cells within the blood stream remain constant. All biological systems act as if they were controlled by timers. All of these timers seem to have a “Best if used by” date) stamped in their DNA. And, maybe "Discard after (date)".

The loss of our baby teeth is a great example of biological clockwork and planned obsolescence. We start off with 20, lose them all and grow 32 permanents. Why this happens is not entirely clear, but it may be that baby teeth are place-holders to help keep the oral cavity in the right shape to mature, and/or diets change as we age and more sturdy teeth are needed. Virtually all mammals do this in some form.

We crawl, walk and talk at specific ages. These stages also happen in order, and build on each other. We grow beards and pubic hair at specific times; young women typically menstruate as young teens and stop having periods around fifty (obsolescence?). It’s very rare for women to have babies at later ages. One might assume reproductive capabilities shutdown for very good reasons. Some of our inner clocks have snooze alarms; some can be impacted by unusual circumstances such as warfare, starvation and severe weather conditions. Some timers are responsible for an entire organism, while others control the minutest chemical reactions.

Our timing devices are called telomeres or DNA tags and they are found at the ends of chromosomes. How they are regulated and coordinated is not yet solved. One might compare their looks to plastic tips on the ends of shoelaces, yet these are stacked by the thousands. Each time a cell divides, a designated number of these tags disappear (fall off?).

It isn’t known whether these tags are just markers (like X's on a calendar), or they actually determine (partially or wholly) rate of aging. Or both. The next daughter cells that come along are always older. The owner’s face may wrinkle a bit more and muscle tissues may weaken a bit. It’s all in the program. Over time, bones become more porous and break more easily, kidney function slowly deteriorates, lung function diminishes and exercise tolerance lessens, memory capability lessens, and immune systems slowly lose capability. How the right big toe ages at the same rate as the left pinkie or skin parallels bone changes (and so on) are not fully understood. But they are timed and they progress toward obsolescence.

Dying actually begins at conception. From the moment of conception the directions for a person’s demise are passed on to every cell. As Haruki Murakami, a bestselling Japanese writer said, “Death is not the opposite of life, but a part of it.”

Geoffrey Simmons is a medical doctor and author of ten books, including What Darwin Didn’t Know, Billions of Missing Links, and Are We Here to Re-Create Ourselves? He has a BS in biology from the University of Illinois and received an M.D. from the University of Illinois Medical School. He was a doctor of internal medicine for the PeaceHealth Medical Group in Eugene, boarded in internal medicine and disaster medicine. He has lectured across the US, in Spain and in Israel.

Should We Tell Grandpa?
What Makes Eli Run?
The Tyranny of Materialism
Science Enters the Mysterious Inner World of Consciousness
Comments
MOST POPULAR IN Current Issues
Our privacy policy