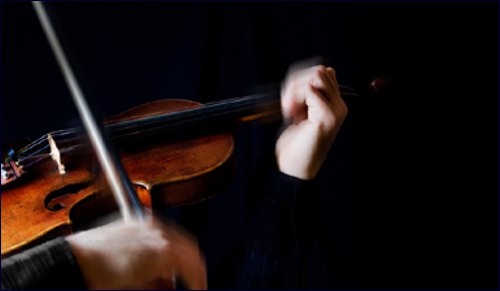 He was a speech pathologist by profession, but far more than that he was a soul that was truly searching. Despite the fact that he had never learned Torah, he was not deterred.

Every summer morning he would leave his modest bungalow in Woodridge, NY, Artscroll Talmud in tow, and park himself in the study hall of nearby Camp Morris. I suppose he wanted to keep company with some of the greatest Torah scholars, perhaps hoping that by osmosis some of their erudition would rub off.

It didn’t take long for Rabbi P. to notice him. Sitting in the back of the noisy auditorium, Richard was the epitome of humility and sincerity. He would study the Talmud (Tractate Kiddushin) with the Aramaic translated into English and never seemed to care that by the time he left he had advanced not more than just a few lines. Quality and direction took precedence over quantity, he would reason.

And every so often Rabbi P would sidle up to the empty chair beside Richard and together they would furrow the ancient text, ever still relevant and resonant.

It wasn’t long before the two became friends. Torah has that power. It can meld personalities – diverse and alike – and create a bond that withstands the vicissitudes and tribulations that life inevitably brings.

It was during one of their daily encounters, eight summers ago, that Richard felt comfortable enough to confide in his younger friend.

"I have cancer of the liver. The best doctors do not offer me much to hope for.”

“Rabbi, you might as well know… I'm quite ill. I have cancer of the liver. The best doctors do not offer me much to hope for.”

Rabbi P was as surprised as he was saddened. Richard’s up-beat countenance and zest for life had belied his deadly prognosis.

“Over 25,000 Americans are diagnosed with liver cancer every year," Richard continued. "Most are over 65, twenty years older than me. But that's God’s will. Very few survive. I have abandoned all conventional treatments in favor of a more radical, holistic approach. And I pray.”

The summer passed far more quickly than it should have and, as it happens all too often, the two friends went their separate ways. Such is life.

It was ten months later, on a stifling Friday morning in July that they re-united on the Camp Morris lawn. Score some points for holistic medicine, I guess. Tucked under Richard’s arm was an Artscroll Talmud, still Tractate Kiddushin.

The two spoke for a while, catching up on news, both pivotal and trivial, and studied a few lines together. Lunch time arrived. In the past they had shared an occasional quick meal, but today Richard begged off.

Rabbi P detected a certain heaviness in Richard’s tone and demeanor. It just didn’t feel like the Richard he remembered and admired. He inquired… and Richard confirmed his suspicions.

“I’ll be honest with you. I’ve been giving this learning thing some thought lately. I come here to Camp Morris. This is a very special place. Few institutions can boast scholars of this level of excellence. And I look around and ask myself. What am I doing here? I'm a struggling Ba’al Teshuva, barely comprehending a few lines of ancient writings here and there. A virtual flounder in an ocean of mighty whales and sea giants.

"Why would the Almighty really care about my puny contribution?"

“What possible purpose could my learning have? Why would the Almighty really care about my puny contribution to His sizable flotilla of scholarship and intellect?”

Rabbi P heard the questions, but more than that he understood that his response could very likely have a profound impact – positively or negatively – on this man’s life and future.

But there are times when we hear a fleeting whisper or experience a moment that appears almost inconsequential. But coincidences are not in the Jewish lexicon. God's fingerprints are everywhere if we open our eyes.

It was just 15 hours earlier that Rabbi P was sitting in his car, making his routine trek from Brooklyn to the Catskills. It was a trip he had made dozens, if not hundreds of times before. And one of the more difficult tasks is simply staying awake and alert. Rabbi P noted his eyelids surrendering to gravity a bit more than he was comfortable with. He reached out and flipped on the radio. It was a talk show. A man was talking about classical music. It was not a topic that Rabbi P had much knowledge of or interest in. But, unbeknownst to him at the time, listening to this interview was no coincidence.

The man was talking about Arturo Toscanini, one of the most acclaimed musicians of the late 19th century and 20th century. He was renowned for his brilliant intensity, his restless perfectionism, his phenomenal ear for orchestral detail and sonority, and his photographic memory.

Toscanini was sitting one day with one of his biographers. Together they were listening to a recording of a certain overture. The piece was a complicated one – many movements, complex arrangements, and sophisticated orchestration. The two men listened silently, concentrating on every note and every emotion.

When the recording was finished, the maestro turned to the author and remarked, “Did you notice anything unusual about what we just heard?”

He had not. The rendition had been stirring, perhaps even exceptional, but the writer could not imagine what the genius was referring to.

“I have no idea,” he confessed. “But I am curious. What was so unusual about this piece of music?”

"There should be 14 violins in that orchestra. I only heard 13."

Toscanini explained. “My familiarity with this overture is great. Believe me I know what it is supposed to sound like. There should, in fact, be exactly 14 violins in that orchestra. But in this particular recording of this overture, I only heard 13 violins. One violin is missing. I am certain.”

The biographer knew better than to chuckle in front of the great conductor, but he was mystified. How was it possible for Toscanini to discern that one violinist was missing? And how could he dare to be certain of that? It made no sense.

The next day the man began to do some research. To his amazement, Toscanini was precisely correct. One of the violinists had indeed been absent when that recording was made. Amazing.

Rabbi P’s mind raced as the details of this providential story flooded his thoughts. He suddenly understood why he had tuned in to that particular station at that particular time last night.

“Richard,” he said, “have you ever heard of Arturo Toscanini – the great conductor?”

Rabbi P proceeded to recount the remarkable story to his discouraged friend.

“Richard, the commoner does not detect nuance. No one listening to that symphony would be able to realize that one measly violin was missing. But The Master, he can hear everything. He knows exactly how that piece of music is supposed to sound. That’s what makes him so great.

"Without you, the concert just isn’t the same.”

In our study hall, there could 50, 75, or 100 voices studying Torah at the same time. To the untrained ear it is just a cacophony of sound and clamor. But to The Master, every single utterance is part of a grand overture, a symphony of cosmic proportions, a holy harmony that pierces the heavens and makes angels sing. Only you can provide that, Richard. Without you, the concert just isn’t the same.”

Richard smiled. He seemed at peace. The two walked off together.

Richard’s soul was returned to The Conductor in October. But not before many more performances had been given…slowly, sweetly, one simple note at a time.

I never met Richard. But I think I can still hear his music.

At the Church of Latter-Day Saints, My Mother’s Moment of Truth

I Was a Victim of Rape and Learned to Stop Blaming Myself
Scientific Curiosity and the Divine Encounter
Mind Over Milkshakes
Love the Convert
Comments
MOST POPULAR IN Spirituality
Our privacy policy
Aish.com Is Looking for Great Writers