The Abbreviated Dictionary of Oy 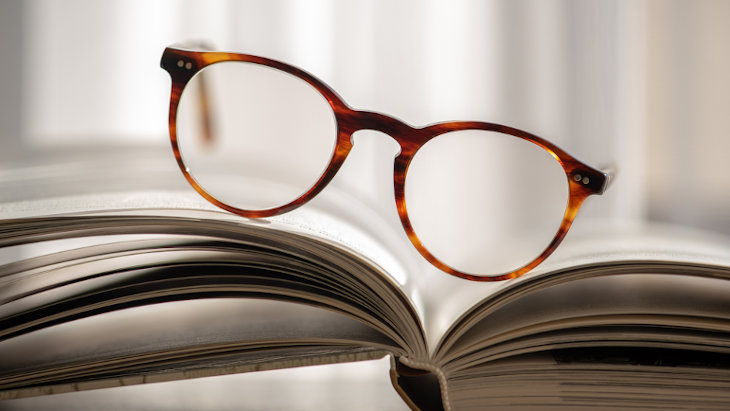 Only two letters, but countless usages.

Three bubbes are sitting on a park bench.
The first one lets out a heartfelt, "Oy!"
The second sighing, says, "Oy vey!"
A few minutes later, the third brushes away a tear and moans, "Oy vey iz mir!" to which the first bubbe replies: "I thought we agreed we weren't going to talk about the children!"

In this joke, older than Moses, we also have the reason why Yiddish stands alone – every expression a magnificent, linguistic cholent among canned beans. Deceptively simply, yet deliciously rich, one word can fill a thesaurus the way one dish can feed the entire mishpacha.

Of all of Yiddish’s words, perhaps none is as useful, as ambitious, as busy as “Oy.”

Of all its words, perhaps none is as useful, as ambitious, as busy as “Oy.” Never out of place, suited to almost every occasion, these two tiny letters comprise an emotional encyclopedia. Bigger than "too bad," “aw shucks,” or even “Sacrebleu!” it comes from the kishkes of Jewish trials – from anguish to zeal.

Either of German (Ach weh) or Biblical origin, it was first noted as an English interjection in the 1890s. In fact, it’s so useful, non-Jews have “adopted” it. Soto expand your ability to express ... the inexpressible, I give you:

THE ABBREVIATED DICTIONARY OF "OY!”

Boredom: “Pssst, Harvey, they’re taking out another video. Oyyyy. If this is more about their vacation in Venice, I’m throwing myself in a canal!”

Confused: “Did I take a right by the statue or a left by the Starbucks? Oy.”

Dismay: “I’ve got to go bathing suit shopping. Oy! Not loving it.”

Fear: “You want to learn to drive?! Oy! There are lunatics on the road just waiting to kill you!”

Glad: “Your daughter decided to give up the idea of being a juggler? Oy, it’s about time.”

Horror: “You saw a serial killer who looked exactly like your neighbor’s babysitter’s hairdresser’s on America’s Most Wanted? Oyyyy!!!

Irony: “Is this the Santa’s hotline? Oy, do you have the wrong number!”

Joy: “Would you believe I got the very last chocolate bobka in the bakery! Oy, I’m thrilled!”

Lamentation: “Oy, darling, we sobbed our hearts out when he left you at the altar.”

Mortification: “Oy, how was a person to know she’s zaftig – and not in her ninth month?”

Nervous: “It’s my granddaughter’s first dance recital! An Anna Pavlova she isn’t. Oy, I hope she doesn’t fall off the stage.”

Outrage: “Oy! What a shyster! May his eyeballs drop from his head!”

Pain: “Oy, a herd of antelopes are charging in my head!”

Regret: “Oy. Daddy and I think maybe we’ve been too hard on you. A Junior College is nice, too.”

Tense: “You’re taking your SATs tomorrow – and you don’t remember if the word “Nadir” is up or down?! Oyyy.”

Vanity: “In my day I was some beauty! The young men lined up to date me. Oyyy…you should’ve seen.”

Wonder: “Wait. A TiVo knows to record my show even when they replace it with college football?! Oy, now this I can’t believe!”

Zeal: “You two decided to get married in the Rabbi’s study this Sunday night?! For you, darling, I’ll call 50 family and friends and e-mail the out-of-towners. Hmmm. I’ll make 10 briskets, 10 turkeys, and order six sides from the Kosher Konnection plus dessert and the wedding cake. A band we can get from cousin David who once did an opening act for Gene Simmons ... then ... A problem? OY, I’m so excited I could plotz!?”

The Real Reasons World Leaders Are Upset about Netanyahu’s Victory

Green Eggs and Matzo Brei
The Blue Beyond
Great Place to Live
Is Eating Supposed To Be Spiritual?
Comments
MOST POPULAR IN Jewlarious
Our privacy policy