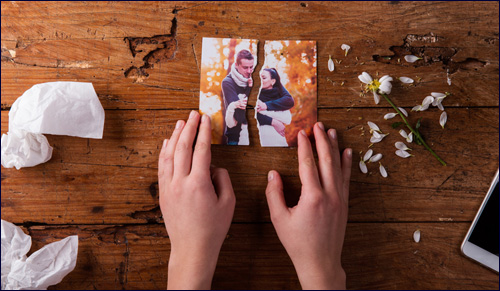 Powerful arguments for saving and revitalizing your marriage.

In her new book, Don’t Divorce: Powerful Arguments for Saving and Revitalizing Your Marriage, clinical psychologist Dr. Diane Medved exposes the insidious influences that promote the divorce culture – and offers evidence that divorce is usually not the answer to the problems of an ailing marriage.

The following myths about divorce are adapted from Dr. Medved’s book.

1. “Children are resilient, and they’ll do better living with one parent than two fighting parents.”

“Children are nowhere near as resilient as some people claim. In fact, children of divorce suffer catastrophically when they are young,” writes Dr. Medved. “They lose ‘the two-parent privilege’ of their parents’ focus and must adopt double identities for two households. They lose their innocence and sense of control, as well as the model of adult problem-solving.” Some of the worst harm can be seen when they’re adults. “Many adult children of divorce have learned to fear or avoid commitment and the specter of getting divorced themselves. They push off marriage till they are in their late twenties or early thirties, automatically raising the chances of their own divorce.”

2. “I’m too miserable in this marriage. Divorce is the only solution.”

3. “Everyone gets divorced when they’re unhappy. The divorce rate is 50 percent!”

“This ‘statistic’ has never been true,” Dr. Medved writes. “Divorce rates in the U.S. peaked at 35 percent in 1981, but today’s society encourages divorce. Terms like ‘starter marriage,’ ‘midlife crisis,’ and ‘gray divorce’ serve to normalize divorce. TV shows like The Bachelor and meet-up websites and apps make the singles life falsely alluring – fomenting marital dissatisfaction. And there is an entire ‘divorce industry’ that benefits from your divorce: therapists and lawyers, divorce recovery groups, and social media are all divorce facilitators. The painful stigma of divorce may be gone, but the deep emotional pain of a broken union may leave scars that last the rest of your life.”

“Divorce is good only as a last resort to stop abuse and rescue children from addictive or high-conflict parents,” Dr. Medved writes. “But the conflict, cruelty, and toxic emotions that led to divorce are never good.” Only people with a high baseline of emotional health recover fully from a divorce. And contrary to researchers’ expectations, children of low-conflict divorces fared worse emotionally than children from high-conflict divorces in terms of school achievement, substance abuse, early sexual involvement, and overall life satisfaction. According to Dr. Medved, “The so-called ‘good divorce’ isn’t all it’s cracked up to be.”

5. “Living together before marriage will help us make sure we’re compatible and minimize the chances of divorce.”

About a quarter (24 percent) of never-marrieds between the ages of 25-34 live with a partner, pushing off marriage until they complete their educations and launch their careers. But the divorce rate among those who will eventually marry will be higher by an average of 33 percent than those who didn’t live together before saying “I do.”

6. “People live so much longer these days, one long-term marriage simply isn’t realistic anymore. After all, people change and grow apart.”

“Yes, people do constantly change, and so do relationships,” Dr. Medved argues. “In fact, often the very traits that initially drew an individual to another is precisely the trait that later becomes unbearable. Try to see your marriage as continuously adapting and growing. You can regain a faded connection while at the same time initiating new directions. Ideally marriage is a safe haven for taking risks and pursuing interests. With an underlying commitment, growing apart in one way or during one phase can also coincide with growing together in a different way. Ultimately it’s about attitude, and attitude is a choice.”

7. “After infidelity, there’s no other option than divorce. I can never trust my spouse again.”

“This is an understandable reaction to such a betrayal, but infidelity doesn’t have to spell the end of a marriage,” Dr. Medved states. “In most cases the betrayal is not as much about the wronged spouse as it is the needs or insecurities of the betrayer. Most people who are committed to rebuilding their marriages find that the resulting relationship is even better than the unviolated version, because recovery involves increased transparency, communication and contact that puts the marriage on a new, and better footing.”

Dr. Medved concludes, “Instead of bolting when your marriage feels stifling or unbearable, back off, calm down and realize that leaving usually won’t end your woes. Instead, it opens a Pandora’s box of new troubles – while fixing your marriage will offer the satisfaction of success in conquering your problems. 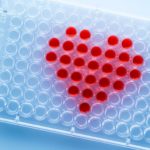 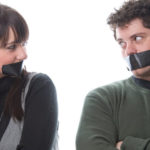 Is the Marriage Vaccine Dangerous?: A Response to My Critics10 min read 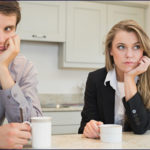 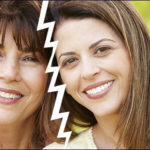 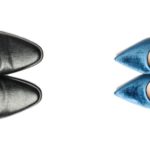 Recommitting to My Marriage, This New Year5 min read

The 10 Commandments of Marriage1 min read