Three Things I Wish Someone would have Told Me about Marriage 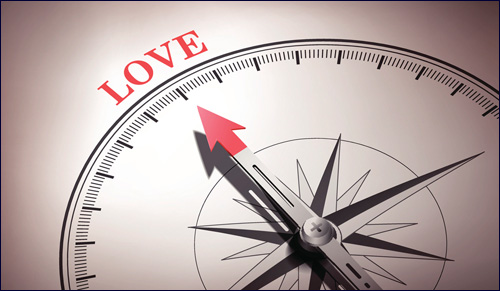 It’s never too late to incorporate these key lessons into your marriage.

Celebrating our anniversary and marveling how long we’ve been married got me thinking about the main lessons I wish I’d known sooner. Here are three of them.

Shalom bayit, or “peace in the home”, is the ultimate goal in any marriage. It’s not enough to want shalom bayit, you have to actively pursue it and pour all of our efforts into it.

The mishna says, “Be among the disciples of Aaron, loving peace and pursuing peace….” (Ethics of the Fathers, 1:12). More than any figure, Aaron embodied the true meaning of shalom bayit. Jewish tradition relates that when he saw husbands and wives fighting, Aaron rushed to help, telling each spouse that the other sincerely regretted their argument and wanted peace. These weren’t lies, our Sages explain, for in our heart of hearts we all long for peace.

Rebbetzin Esther Jungreis, of blessed memory, once advised a reader who was wondering if she should get divorced. Rebbetzin Jungreis’ asked her: what would happen if the reader took all the resources she’d spend on a divorce – all the money, the time, the energy, the emotions – and invest them into her marriage instead? It was a great reminder that good marriages don’t just happen. They require work and investment.

Shalom bayit is something we build with each conversation, each favor, each expression of love.

I don’t remember the details of the worst fight my husband and I had when we were newly married, but I do recall it was late at night. Our children were young and we were chronically exhausted. All I wanted to do was sleep. But instead we stayed up, both of us tired and cranky, and argued late into the night.

We weren’t alone. A 2013 study from University California Berkeley proved what many of us already know: “couples experience more frequent and severe conflicts after sleepless nights,” according to researcher Amie Gordon. Some circumstances virtually guarantee a fight, and it took me years of married life to learn to avoid them, to find the strength to not enter an argument and suggest discussing things later. Contrary to popular belief, it’s okay to go to bed angry. In fact, sometimes it’s the wisest thing to do.

When discussions start to get contentious, I’ve learned to leave them for another time. Amazingly, when I revisit issues, conversations are almost always more productive once we’ve had time to calm down (or just gotten some sleep).

When my husband and I were dating, a friend asked me what I liked about him. I described his intelligence and wit, his generosity and how much fun we had together. While those qualities made me fall in love with him and are still important, looking back I see that something was missing. We didn’t really ask the bigger questions, like: What sort of life do we hope to create? What goals do want to accomplish as husband and wife? How do we define, bottom line, our over-arching purpose in life?

A few months after we were married my husband got his first health scare. He required what would be the first of several life-saving surgeries. This changed our lives. Suddenly every moment seemed to be momentous. We asked ourselves what we wanted to do with the precious time we have.

Before one surgery, we met with our rabbi and we spoke about how everything in our lives happens for a reason and is there to teach us something. We started asking those tough questions that forced us to consider what we are truly living for.

Asking those questions was painful but it also brought us together like never before. We started to view our marriage not as simple companionship but as a team with ambitious goals that are important to us. 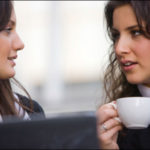 3 Ways You Can Save Your Friend's Marriage4 min read 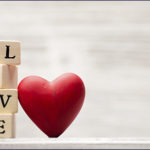 Shrinks on the Street: Appreciating Your Spouse1 min read