The Mystery of the Kosher Lamp 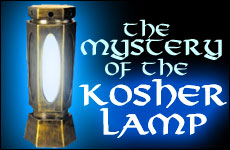 I brought my kosher lamp to a hotel where I was staying over Shabbat. I rubbed it and became a kosher genie.

I was just seconds from a clean getaway.

It was a Saturday night, and I was hurrying to get home after a two-day writers’ conference. I had hoped for a solo ride in the hotel elevator, but another conference attendee jammed his way in just before the doors closed. I braced myself for what I knew was coming.

He quickly glanced at the belongings on my cart, which contained mostly normal things: a small suitcase, a small box, and a medium sized bag. But there was also a striking red box printed with the peculiar description KOSHER LAMP.

It was an odd item, all right. But as someone who keeps Shabbat, which means I don't drive, do business, or turn on or off lights from sundown on Friday to after dark on Saturday night, my lamp was a wonderful convenience to have in my hotel room. Once you plug it in and turn it on, you can manually adjust the cover to darken the lamp, without extinguishing the light. Now, writers are supposed to notice things, so this guy who joined me in the elevator would have had to turn in his byline permanently if he had failed to notice such a weird thing as a red box containing a KOSHER LAMP inside.

Till that point, I had tried mightily to keep as much of the Shabbat spirit as possible while simultaneous trying to be as inconspicuous as a woman could be while banging on a locked stairwell door (no using the elevator on Shabbat) to get to the meeting room, bringing my own food to every meal, and hinting, by previous arrangement, to certain individuals when I needed to get into my room, so they could open the door for me with my electronic card key.

The other writer didn't even try to feign nonchalance. He immediately asked, "What is a kosher lamp?" Much later, I thought of many clever retorts I could have offered, including, "Tastes great with barbeque sauce on top!" But at that moment, the pressure was on. We were only riding down from the second floor to the first floor, giving me ten seconds at most to explain it in a way that wouldn't brand me a religious fanatic. However, his slightly sarcastic tone alerted my radar: I was almost sure this guy was a Yid. A Yid with an attitude.

This guy was a Yid. A Yid with an attitude.

"It has a moveable cover so you can close or open the light over Shabbat," I said, concluding that this was the most interminable one-floor elevator ride ever. "And what do you think the Talmud would say about that?" he parried in full snark mode.

Yeah, he was Jewish all right. As the elevator doors opened, I looked him straight in the eye and said, "I think the Talmud would say that it takes a real Yiddishe kop to think of something so inventive!" Pleased with my response, I held my head high and steered my cart and my KOSHER LAMP out of the elevator, out of the hotel, and to my car. Anyone who has tried to keep Shabbat at a hotel not set up for an observant crowd will sympathize with my plight. Hotels contain a minefield of Shabbat-busting problems: electronic card keys, sensors that automatically open doors for you, trip lights to go on and off, and more. It's helpful to arrive a day earlier than your event to case the joint, find the unlocked stairwells, and map out your Shabbat survival strategy.

For these reasons, I generally avoided business conferences over the weekends. But when I learned that this year’s conference was only one tantalizing hour's drive away, I reconsidered. Later, when I learned that I had won an award for my columns on Jewlarious and Aish.com that would be presented to me at the conference, I ran to the closet to find something beautiful to wear during my 15 seconds of fame.

Guessing that the conference rooms would be on the main floor, I booked my room on the second floor. Naturally, the conference rooms of this hotel were on the 12th floor, and I kidded myself that I was excited to get all that heart-pumping exercise. They delivered a small refrigerator to my room, to keep my kosher eats, and I brought along decorated paper plates so that dining with everyone else would seem less awkward. Besides, I figured that these days, with nearly everyone either gluten-intolerant, sulfite-intolerant, peanut-intolerant, or just generally intolerant, no one would remark on my food anyway. I was right.

The conference began with an hors d'oeuvres and wine tasting social, and I was gobsmacked to see that they offered Herzog kosher wines. However, I get tipsy just from smelling a wine’s bouquet, and I also needed to stay sober in order to make a good impression on my new friends, whose cooperation I would need to open my hotel door for me over Shabbat.

When two of these new friends appeared sufficiently lubricated, I explained my "situation" as a Sabbath-observant Jew, including the whole business of the electronic card key. Amazingly, they appeared so enthusiastic about this opportunity to serve as my “Shabbos goys” I thought they might come to blows, each wanting to do the honors. I assured them I'd need to go to my room at least three times between Friday evening and Saturday evening, but I’d make it an even number if they insisted.

There were still some glitches in my plan. For example, after climbing the stairs with my meal on Friday night, I discovered the stairwell door to the 12th floor was locked. This required unplanned stair-mastering of a very tiring kind, and explanations and requests to the hotel staff. (It may also explain the sudden case of tendonitis in my right knee.) And on Saturday during lunch, one of the writers I sat with unexpectedly challenged me about my odd practices. I had to sympathize with her: what would you think about someone willing to trudge up and down 10 flights of stairs because it’s a “day of rest” but not be willing to push a button to get in an elevator?

"Hon, this is the 21st Century, you know!" she said in a honey-rich Southern drawl. I nodded sympathetically, as if I had also gotten that memo. Then I tried to convey, as briefly and compellingly as I could, the concept of our Sabbath as a day to revitalize the spirit, to refrain from things that are defined as creative or work-related. I also told her that it was impossible to take isolated details of Jewish practice out of context and expect them to seem logical without a broader understanding. She looked me and nodded politely. I surmised from her expression that she was probably a formidable poker player.

On the other hand, the few other writers who had reason to learn that I was one of “those” religious Jews were downright enthusiastic about my keeping traditional Jewish practices. And even the tougher cases, such as the guy in the elevator, quickly softened. He actually followed me to the parking lot after our elevator meeting, and as I loaded my car, he greeted me with a smile and a wave, and wished me a safe drive home.

Who knows? Maybe my peculiar KOSHER LAMP would light up an idea of his own to see what all this business is about. Maybe next year, we’ll both we toting that lamp to the conference! 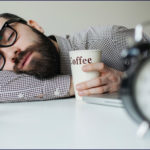 Go for the Gold(berg)!6 min read