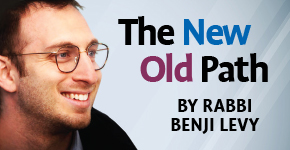 One of the integral parts of the Tabernacle was the copper (nechoshet) basin,[1] provided for Aaron and the priests to 'wash their hands and feet and not die.'[2] Why was a priest who came to serve without having previously washed in this copper basin destined to receive such a severe heavenly punishment? And what is the significance to it being copper (nechoshet)? Adding to the perplexity, the Sforno explains that there is key a distinction between the basin and the other holy utensils, in that all of the other priestly utensils functioned in order to elicit the Divine Presence. The basin, in contrast, served to prepare the priests.[3] How could something that does not even directly affect the action performed, but only the performer, be connected with such severe consequences? A textual and thematic similarity between this description and another episode found later in the Torah may shed light on these difficulties.

After forty years of wandering in the desert, the Jewish people complain, 'why have you brought us up from Egypt to die in the wilderness? For we have no bread and no water, and our soul is weary of this unsubstantial nourishment.'[4] Rabbi Hirsch explains that despite being provided daily with a miraculous portion of manna during their sojourn in the desert, they missed normal food like bread and water.[5] What was once appreciated as God's Grace had now become for them a bland monotonous routine. As a response to their complaints, God 'released (vayeshalach) on the nation the venomous snakes (nechashim) and they bit the nation and a great amount of people died...'[6] The word vayeshalach is generally found in the paal grammatical state meaning send whereas here in this context, it is found in the piel state meaning release or let go. This implies the snakes were a natural consequence of residing in a dangerous area such as the desert, where snakes are very common. Moses later describes the way God leads the Jewish people through the 'great and awesome Wilderness - of snakes, fiery serpents and scorpions...'[7] In addition to providing them with manna, God miraculously protected the Jewish people from these natural dangers. Now, however, as a direct outcome of their lack of appreciation for His protection, God lets nature take its course and allows the dangerous animals to be released.

The severity of the issue of the priests not washing their hands is related to the possibility that they may enter into the sacred service of the Tabernacle with the same mindset as that of any other task - as menial work. In parallel, when the generation of the desert complains, they display a lack of appreciation for the miraculous nature of the manna they are sent. To them, the sacred has become routine.

In both situations, God's response involves the nachash. In the case of the desert, as a direct outcome of the people's lack of appreciation for the Godly goods bestowed upon them, He releases the venomous snakes (nechashim) out to the people. In the case of the priests, rather than being a response, the institution of the washing ritual at the copper (nechoshet) basin is a pre-emptive move designed to prevent complacency in a moment of sanctity. It may be for this reason that though the Torah highlights the basin's purpose as 'for washing', Onkelos renders it 'for sanctification'[[8] - reflecting the true function of the basin as beyond a simple means for washing, but rather as a reminder of the fact that serving in the Tabernacle is a sanctified practice that should never be reduced to habitual action.

In contrast to being merely peripheral, it turns out that the use of the copper basin is in fact fundamental to the underlying holiness of the priests' service. It reflects the entire mindset required of them in order to elevate their service from mundane to sacred. It represents their moment of transition from the ordinary to the extraordinary; the very moment during which they acquire an acute appreciation of the sanctity of the place, the time and their role.

This message reigns true to this day through the commandment that every Jew should wash their hands every morning, an echo of the practice required of the priests to wash ahead of their holy service.[9] With this association, not only is the implication that our daily behaviour should be imbued with holiness, like that of the priest's service in the Tabernacle, but that in order not to fall into routine, nor stumble into complacency, appropriate preparation and forethought are essential.

This may find expression in realising that activities such as spending time with one's family or learning Torah should not be taken for granted, and should be appreciated, no matter how regular an occurrence they are. Rabbi Soleveitchik used to stick posters around Yeshiva University stating 'holiness requires preparation', to help people realise and remember that one should never feel that they can leap into an action without the requisite preparation and contemplation. Thus every morning, through the seemingly simple basic task of washing our hands, we are reminded of the importance of elevating the mundane into the holy, of appreciating all that we have and of preparing ourselves appropriately in order to achieve the necessary mindset for a life of sanctity and meaning.

Details relating to the hand washing rituals of the priests ahead of their service in the Tabernacle present us with a strange and unexpected connection to the venomous snakes encountered by the generation of the wilderness. Connect the dots, fast forward to our lives today and we discover a basic daily ritual that serves as a stark reminder to us all of the punishment that befell our biblical ancestors when they failed to appreciate the holiness around them.