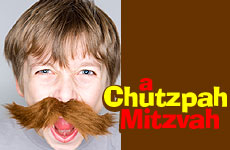 Some people think kids have gotten lazy. But the kids I know are business mavens. Maybe some of their skills will rub off on me.

Despite the fact that I've made a fool of myself professionally for decades as a card carrying, quadruply unionized actress of stage, sound, screen and now web, I'm a downright demure damsel. When I'm not playing a "role," I'm soft spoken, unassuming. Ask anyone, and if they can even remember me, they'll tell you it's true. Yes, belying the published image of a person who photosynthesized in the limelight all her life, having private, personal, intensely dramatic moments in highly public places---now available on DVD in Hi Def, 3D, Imax and reruns---in real life, off duty, I'm shy and retiring. But as my agents are also retiring...from the business...forever....I can no longer rely on them to assert for me. I can no longer trust that my talents will find their audience via my mere merit and my representatives' aggressiveness. I need a personalityectomy fast.

I need a personalityectomy fast.

In this steamroller of an American era, where paradigms are toppling faster than we can prop them up, the qualities of mystery and modesty are no longer desirable or survivable. Join any one of the social networks and everybody's bragging about their skills and conquests. Oy! Everybody's entrepreneurial. Everybody's caffeinated and compulsive. Everybody's blowing their own horn in a cacophony of questionable skills and talents. And they start so young now.

The neighbors' two sons, Josh and Andrew, are selling drinks out of their corner lemonade stand for twenty five cents a serving. A dollar more and they supply the paper cups. You can bring your own cup, or suck out of the spigot, which they immediately sanitize. You buy one measly slurp, they try to sign you to a three month delivery contract, you supply the bottles, they come with a keg. Or they pour it in your very own ice cube tray for three bucks a fill, and you can have your own lemonadesicles any time. And business is booming. Free valet parking is now available for bikes and skateboards. These kids have IRA's and they're not even in big boy pants yet.

Seth, the brazen but blessed bar mitzvah boy next door is signing with a child talent agency—to be a child agent for children. He's managing an eight year old boy prodigy's piano career, advertising him door to door, selling shares in the kid's future intellectual property rights and his personal appearances at a party near you. His older sister Sarah is selling protective masks painted pink and decorated with snouts for swine flu in advance of the possible Halloween pandemic. The pig masks also come in kosher. Saving up for college, you ask? Feh! Who needs college?! These ingenious kids own their own businesses, have attorneys, patents, creative control, and their collective ages add up to less than forty. They'll buy their own college. Their business model is very impressive.

A moment of silence for Budd Schulberg and Sammy Glick.

Such moxie! Such enterprise. Such Type Triple A's, and that doesn't stand for Auto Club of America, brassiere or shoe size. These neighborhood children were born with a mitzvah of chutzpah! They are the leading edge, and I've been studying them undercover, pretending I'm playing with their elders whilst I spy on their enterprise.

These kids are genetically predisposed to be non disposable human beings, charismatized with confidence by their communities, instilled with competitive drive by their schools, forced to innovation by the times. Mommy's been laid off? Leave it to the kinderlech. What's left to discover? What resources are left to exploit? They don't look to plunder nature for their creations. They look to the internet as their vast new frontier, as their way out west. They hope to spiral their software brainchildren virally. If they do make a carry away product, they offer to recycle it if the purchaser tires of it for free! They "precycle." selling the future as well as current use--making sure the customer will make use of the product or bring it back for a shape changing metamorphosis, in case those products become obsolete the moment they're invented.

Mommy's been laid off? Leave it to the kinderlech!

See, their immigrant great grandfathers were watchmakers and jewelers. Gifted, skilled. They could look through their loupes and see into the entire history of a watch fob and a quartz crystal. They could sniff at a big red ruby ring and declare it paste at three paces. But Seiko ate their shorts.

Their American first generation grandpas were icemen. They'd drive up in a truck and clamp a cube on their backs and into your icebox to cool your summer days, so people could save some ice cream for later. But Fridgidaire froze them out.

So forget product futures. These wise child souls microfinance. They manufacture on order only. To survive these days you gotta be able to predict the future like a precog in a sci fi film, and with their executive fathers taking pay cuts, they see the writing on the wall. And so do I.

So, I've come out of my shy shell to kvell and sell. I've been marketing myself online. I'm extroverting my inner shyness into an ego worthy of the times. And, noting my self-starter nerviness, child agent Seth has agreed to take me on as his only mature client prodigy, and will take a big percentage for promoting my articles into an audiobook/podcast deal. Oh joy!! I have been discovered anew in the downsizing decade!! By an upstart tween who is hardly as tall as my shoulder.

Entenmann Bar Mitzvah
The Blue Beyond
Great Place to Live
Is Eating Supposed To Be Spiritual?
Comments
MOST POPULAR IN Jewlarious
Our privacy policy