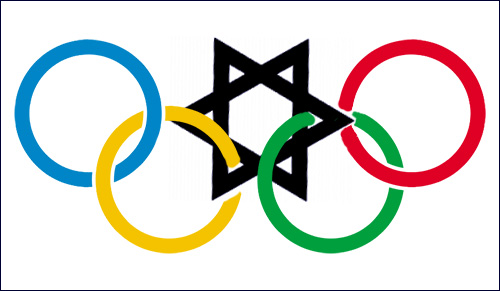 With the Sochi Olympics now over, let’s go back 100 years and imagine what a Russian “Olympics” in these shtetls would have really looked like.

The Sochi Winter Olympics are over. To be honest I’m ashamed to admit I thought Sochi was in Japan. Not only did I miss geography in school, I never once heard a person say, “So, Reuben, the kids and I are camping out in Sochi during Purim.”

As I’m at times aware, I eventually learned that Sochi is an upscale resort near the Black Sea that Putin wanted to push as the Russian Riviera before he started pushing himself on his Ukrainian neighbors. He allegedly added $51 billion for prepping and gilding the place. At these prices, he could’ve built subways in Moscow that don’t smell like herring heads. Or built his own little Crimea so he didn’t have to invade the existing one.

I also learned something else.

Stalin “relaxed” from killing and plummeting at Sochi. Even a terrorist needs to refresh his sinisterly with a view of the Caucasus Mountains. In fact, Tablet didn’t cover the Sochi Winter Olympics. The mag has no interest in the “glories” of the Kremlin where people are systematically oppressed and We Jews have been historically targeted for brutality.

Let’s go back 100 years or so. When these “caviar communities” were mostly market villages to poor Jews crowded in wooden houses surrounded by enemies. Survival of Yiddishkeit was essential, as was speed. Jews could get klopped or wind up running in a second.

What would a Russian “Olympics” in these shtetls be like – then. We Jews have been known to be creative and competitive. Now, as Purim approaches, let’s look at what might have been the First Olympics Russian Shtetl Olympic.

Now let’s be serious for a moment.

In Jewish memory, shtetls pulsed with yiddishkeyt. Rabbis , Yiddish, and klezmer characterized these small market towns, but they were also defined by much more than these stereotypical images. Yet to those of us still intrigued, there was and always will be a Fiddle on our Roofs; protecting, defining, and defending our promise, and our faith.