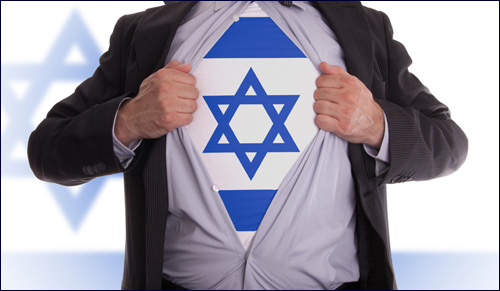 Being Jewish confers precious divine gifts that we should never take for granted.

Albert Einstein once startled an audience when he announced, “I’m sorry I was born a Jew.” The people were shocked. How could this great man make such an outlandish statement? With a smile, Einstein then impishly continued, “Because it deprived me of the privilege of choosing to be a Jew.”

As a tenth generation Rabbi, I did not choose to become a Jew; it was my natural birthright. But with the wisdom of age and the perspective of worldly experience I have come to recognize that my identity conferred precious divine gifts that we should never take for granted. Here are five of the greatest blessings of being a Jew.

I was sitting in the airport in Dallas reading my daily page of the Talmud when an elderly priest, readily identifiable by his collar, stopped by my seat and asked me a question. "I hope you don't mind my interrupting you. I see you are reading a Hebrew book and you are wearing a hat. Are you by any chance a Rabbi?"

When I responded that indeed I am, he continued, "I hope you don't think I'm out of place but all my life I've been hoping that someday I might meet a Rabbi. You see, although I'm a priest I've always felt that Jews are the people of The Book and enjoy an especially close relationship with God. You are God's chosen people and as a Rabbi you are one of their spiritual leaders. I've always wanted to ask a Rabbi for a blessing. Would it be possible now for me to ask that you honor me with that favor?"

I cannot convey in words how moved I was by that request. I gave him the priestly benediction from the Torah and recited it to him in the original Hebrew. He was moved to tears. In all humility, I understood that for him I was the link to the original Torah. Whatever theological beliefs might separate us – and there are surely many – he clearly recognized the unique role of Judaism, in the words of Isaiah, to serve as "a light unto the nations." Jews are the direct descendants of Abraham, Isaac and Jacob, the nation that stood at the foot of Mount Sinai and received the Torah to transmit from generation to generation. Jews were “chosen” not to claim superiority but to accept the responsibility to convey God’s messages to the rest of mankind.

It was to Abraham, the first Jew, that God said, “And I will make of you a great nation, and I will bless you, and make your name great; and you shall be a blessing” (Genesis 12:2). Abraham’s descendants will not only be blessed but they themselves will be a blessing – a source of divine spirituality, goodness and sanctity here on earth.

Can there be anything more precious than being a part of the people entrusted with that mission?

It is a sign of the special regard others have for Jews as "The People of the Book" that I’ve been frequently asked, "What does Judaism have to say about this?" Of the three major faiths – Judaism, Christianity and Islam – ours is the oldest. Our teachings and traditions go back the furthest.

According to the Midrash, before God gave the Torah to the Jewish people he asked all the other nations of the world if they would be willing to accept it. Every one of them asked about its contents before they would make a commitment. When they discovered that one or more of its commandments precluded them from continuing lifestyles in opposition to divine ethical norms, they declined. Only the Jewish people readily submitted their lives to God’s will. Jews were not so much the chosen people as they were the choosing people; a people for whom morality would not be defined simply by personal preference nor happiness by the self-serving motto of “whatever makes me feel good right now.”

To be a Jew is to submit to divine law in the firm conviction that our Creator was kind enough to supply us with a user’s manual for how to live a good life – a life which in the quest for holiness grants us the greatest happiness. And to be a Jew is to declare every day, “How wondrous is our portion and how pleasant is our lot” because we are privileged to hear God speaking directly to us through the Torah He gave us at Mount Sinai.

Thomas Cahill, an Irishman who was so profoundly impressed with the contributions of Jews and Judaism to mankind, wrote an international best-selling book, The Gift of the Jews: How a Tribe of Desert Nomads Changed the Way Everyone Thinks and Feels. In it he credits the Jews not only for monotheism and the idea of a personal relationship with God; it is these concepts, he reminds us, that led us to the understanding that we have a personal responsibility for ourselves and our relations with our neighbors, as well as to our respect for history itself. The roots for what we consider Western individuality, personal responsibility, conscience, and culpability for ourselves and the world – all these, Cahill asserts, can be traced to the monotheism of the Jews.

But perhaps the most important gift of all, he concludes, is that Judaism gave to the world the idea of progress. Prior to the rise of Judaism, Cahill explains, men believed in life as a “circularity.” We are born. We die. The next generation comes along and repeats the process. Life has no direction but merely keeps reiterating itself. Only with Abraham and God’s commands to “go forth from your land, from your birthplace, and from your father’s home, to the land that I will show you,” do we recognize the idea of life as a journey of discovery.

Abraham, Cahill makes clear, is not only the first Jew. He is our first Explorer, the first human to intentionally set out for the unknown. This notion of life as a process or progression created the very idea of history, of the present different from the past, of moving towards a destiny.

That is the idea behind the Jewish principle of tikkun olam – perfecting the world. We have an obligation to become partners with God in completing creation. It is an awesome task and a huge responsibility – but it is a profound gift which makes our lives have meaning and purpose.

To be a Jew is to know that the world has not yet reached its divinely ordained end. God has a plan for us and eventually it will be fulfilled. No matter how long it takes, Jews remain the eternal optimists. Through all the horrors of history and the Holocaust of the past century we have never lost hope in the prophetic promise of the coming of Messiah – a time when nation shall not lift up sword against nation and peace will prevail over the face of the earth.

Golda Meir put it this way: “Jews cannot afford the luxury of pessimism.” Ben Gurion reminded us that in Israel “In order to be a realist, you must believe in miracles.” And Maimonides included the belief in messianic redemption at the end of days as one of the thirteen Cardinal principles of our faith.

Jews long ago learned to look beyond all the problems they faced in the present by an abiding trust in a prophetically promised glorious future. That forced Jews to forever be optimists. Just as Creation was accompanied by God’s daily verdict that “it was good,” so too, Jews look at daily life through the same divine perspective. Even if we cannot presently understand it, somehow it is all for the good.

And that gift of optimism is what turns our lives from pain to hope, from difficulties to challenges, from troubles to confidence in better times – in short, the key to a sanctified and meaningful life.

5. The Gift of Others

Religion is defined by more than our faith in the Almighty. It is demonstrated and validated by the quality of our relationships with fellow human beings. That is why the Ten Commandments were given on two separate tablets. The first five of the commandments are between man and God; the other five, between man and fellow man. Together they encompass the dual provinces of human responsibility.

It is an incredible idea. We’re all family. We share a common father in heaven. When we help others, we make God happy. When we ignore or harm them, God weeps and we fail to live up to our responsibility. The greatest pain is to feel alone; the greatest sorrow is to have no one with whom to share our life’s journey.

The great Rabbi Hillel had the audacity to identify as the single most important verse in the Bible the one which commands us to love our neighbors as much as ourselves. To be a Jew is to know that we are never alone. It is knowing that we are always in each other’s prayers because every prayer is written in the plural, never in the singular. It is knowing that every one of us is part of a larger, caring community.

Each one of these gifts would have sufficed to warrant our gratitude – dayeinu. How much more so we need to give thanks for receiving all of them.

What do you think are some of the greatest gifts in being a Jew? Share in the comment section below.

What is a Jew?

Why Are Jews Called People of the Book?
For Every Individual, A Torah Scroll
Allegiance To The Monarch
Meet the Real You: Yom Kippur
Comments
MOST POPULAR IN Israel
Our privacy policy
Aish.com Is Looking for Great Writers