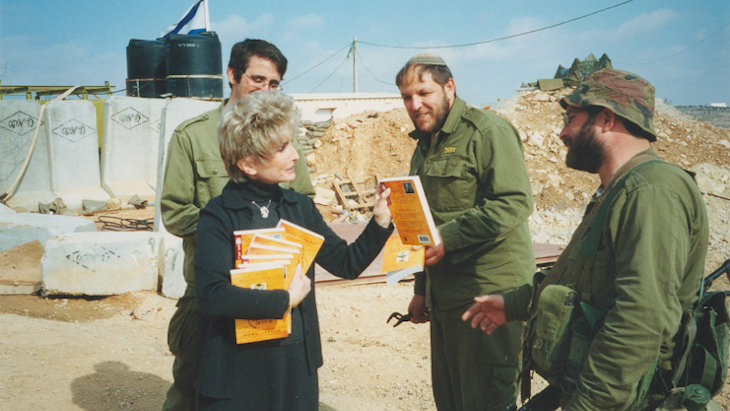 What would my mother say about the pandemic? Her life speaks her response.

In this difficult time, how can we gather our inner strength and get through this world crisis?

I believe that everything in life is meant to be. And so I take great comfort knowing that the biography of my dear mother, Rebbetzin Esther Jungreis, (The Rebbetzin, by Rabbi Nachman Seltzer) came out now in the midst of these challenging days. Many have asked me: what would your mother say? I know that her life speaks her response.

As a little girl my mother was a child of Bergen Belsen. She was shoved into the cattle cars together with her parents and two brothers. Each morning my mother stood at role call facing savage Nazi guards and their German Shepard dogs. Her head was shaved. She was starving, covered with lice and sores. But somehow I never heard about the fear. My mother would speak about strength and unwavering belief in God. She would look at those beasts of men and think to herself, Thank G-d I am the daughter of my people. I would never wish to be one of them. I am grateful to have my parents and my faith. 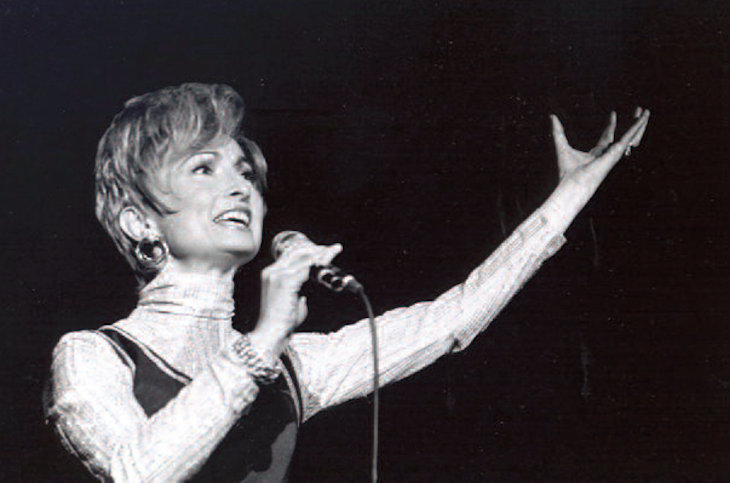 When they arrived to the concentration camps, my Zaydie turned to his daughter and said, “Here my lichtega kind (my precious light), you have a tremendous mission.”

“Tatty,” my mother asked, “what can I do here in this terrible place? I’m just a child?”

My grandfather replied, “You can give a smile. When you give someone a smile it gives them hope.” This was a constant message throughout my life. My mother lived with that lesson on her lips until her very last day on earth. 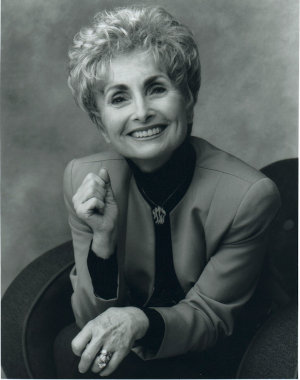 Life brings us sometimes to places we never imagined possible. But here is what you must do, my mother would tell me. “When faced with darkness, you have a choice. You can either grow angry or depressed. Or you can light a candle and illuminate the darkness. Slovie, never sit in darkness. Always ask yourself, ‘How can I grow from this? How can I find purpose in the pain?’”

My mother also taught me the power of prayer. “Speak to God because prayer is our most potent weapon,” she’d say. “Prayer works!” We would call my mother day and night and ask her to pray for us. I have my mother’s book of Psalms. It is tattered and worn. I turn the pages today in this time of crisis and try hard to draw upon her faith and incredible power of prayer.

My mother’s wisdom sustains me through life. And though she has left this world, her legacy remains my spiritual lighthouse. I’d like to share with you four gifts (among the many) that my mother gave me. I take these gifts with me and carry them in my heart. They embolden me as the world around us is filled with pain and fear.

1. Live with Passion and Meaning

I will never forget sitting front row in Madison Square Garden, November 18, 1973. There were thousands of Jews from every walk of life; some sitting on the floor because there were no more seats. The room was pitch black. Suddenly the spotlight beamed brightly onto the stage. There standing bravely was my mother. “You are a Jew,” she proclaimed. She spoke with power and passion. That night was magical. At the end of the evening thousands rose to their feet, danced, sang the Shema together, and knew that their souls had been touched forever. 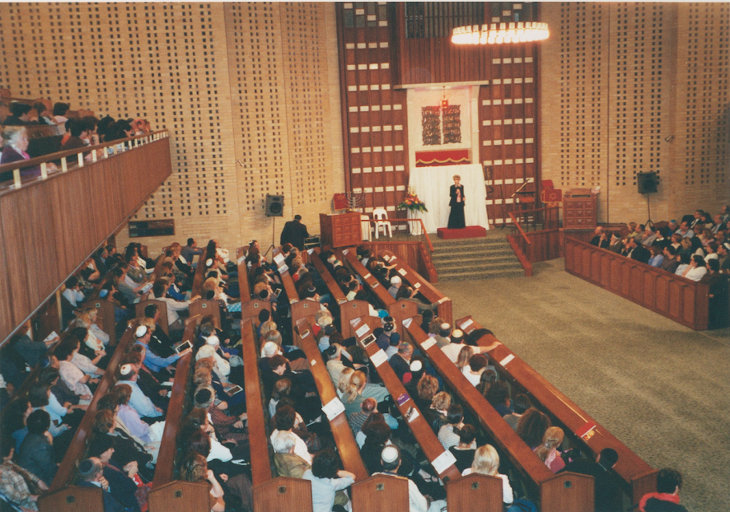 My mother told me that when she arrived to America she saw a spiritual wasteland before her eyes. After witnessing the physical Holocaust she had gone through, she dared not remain silent. She knew that she had a mission in this world.

“What are you passionate about?” she would ask. “What do you wake up early for? What gets you going?”

Live with passion, but make it meaningful. If you believe in your mission you can do anything.

I watched my mother connect with every type of person. What was her secret?

My mother believed that within every being was a soul waiting to be ignited. I can still her voice in my head. “It is a flicker of a light, a tiny flame, but if you will it that tiny flame can become a great fire!” 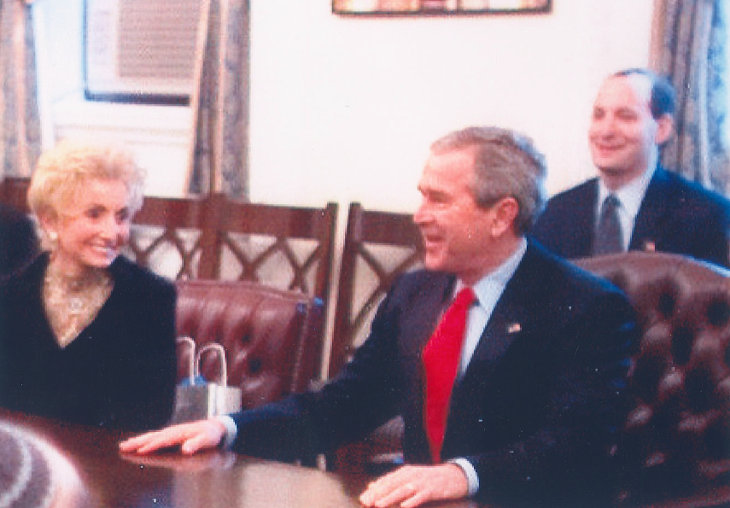 The book is filled with stories of the people whose lives would never be the same after meeting my mother. In 1982 I traveled with my mother from Lebanon where she spoke with battling Israeli troops to a meeting with the Prime Minister of Israel, Menachem Begin in Jerusalem. And then a jeep took us to Ramle Prison where she gave the incarcerated women hope. Each of these encounters was precious to her. She saw beyond clothing, beyond the body, and found instead the sacred spark that lies beneath.

3. Love the Land of Israel

My mother’s connection to the land of Israel was deep. One of my earliest memories is watching my parents cry with joy when they heard the radio broadcasting the shofar being blown at the Kotel during the battle for Jerusalem in 1967. My parents wanted to be part of the miracle. They had dreamed of living in Israel after the Holocaust but were unable to secure visas. 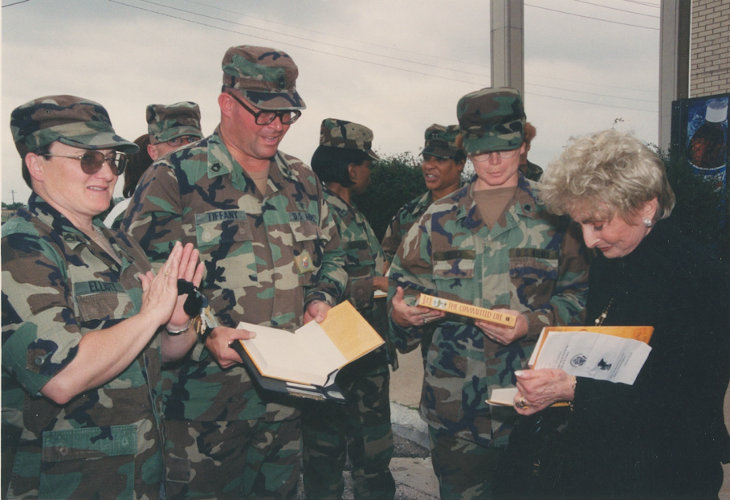 I was just a little child but our visit shortly after the 6 Day War remains imprinted in my heart and soul. Every step we took, my mother and father would stop for a moment and tearfully share the wonder. They would relay stories of the sacrifice of our people, the promise of our land in the Torah, the holiness that permeated the very air we breathed. My mother’s favorite place in the world was Jerusalem. She would devote much of her life to the people of Israel and the brave soldiers who fought for the Land.

4. Know Where You’ve Come From 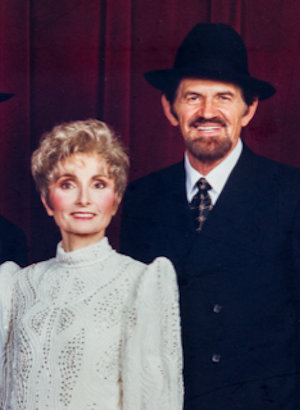 My full name is Slova Channah. I was named for my Bubby who was last seen together with her husband, Rabbi Yisroel HaLevi Jungreis, zt’l holding their youngest grandchildren on line at the gas chambers of Auschwitz. We were given the names of our Bubbies and Zaydies so that we would continue to live as Jews because they could not. We continue to give the very same names to our children and grandchildren so that we may know forever from whence we have come; the potential that is within us.

Before being taken away to Bergen Belsen, my grandparents took one last trip to their parents in the city of Nadodver. My mother recalls how she’d love to sit by her Zaydie as he studied his holy books. This time though, her Zaydie was crying. My mother, a little child, grew frightened at the sight of her Zaydie’s tears. She ran to her father and together they took a walk in the deep snow. Her father walked first and my mother followed in his footsteps so that she would not fall.

That walk would become my mother’s defining moment, her life legacy that she would share with countless audiences and us children alike. She would recall her father’s words explaining her Zaydie’s tears while learning Torah. 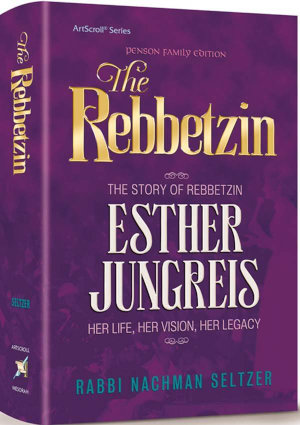 “Soon, my sweetest child, the snow is going to be very deep and you will fall, but every time you fall remember that Zaydie made a path for you. And then you will be able to stand up and keep on walking on that path.”

The snow did become very deep. Soon after, she was faced with the darkness of the Holocaust. My mother told us that she fell many times. But whenever she would fall she’d recall the tears and the words of her father. My mother would pick herself up and keep on walking… throughout her life those footsteps gave her the strength to put one foot in front of the other and keep on walking.

Click here to order your copy of The Rebbetzin

What Else Is There?
The Promise Of The Land
Which Chat Are You On?: Parshas Behar/Lag Ba’Omer
Do You Like Slow-Cooked Food? Thank the Jews
Comments