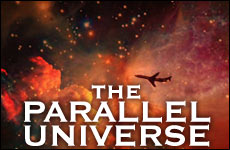 Abraham's world of Shabbat is personally piloted by God.

These days there is more than one way to fly an airplane. You can fly it the old-fashioned way, a human pilot doing the driving from start to finish, or you can entrust the guidance of your craft to the competent hands of a computerized autopilot system. The common practice today is to use a mixture of the two systems, but the more modern the plane, the more of its systems are under computer control. Given the economics of the situation and the steady advances in computer technology, the day cannot be very far off when we will all travel in planes that are totally managed by computers.

In many ways, the autopilot delivers a much smoother ride. It is capable of making adjustments to speed, course and altitude at the speed of light, whereas a human pilot can only react to changing weather conditions, etc. with the speed of human reflexes. If we nevertheless feel safer with the human driver it is because the autopilot cannot think. It has no notion of why the plane is in flight in the first place, what its destination is, or what is at stake in the success of its mission. It cannot make any policy changes and rethink its objectives in midstream.

God created a universe that can also function in these two ways. Initially He piloted it Himself. But because He was personally involved with the passengers, their sins impacted on the bond between human beings and the pilot, and a point was reached where God decided to abort the trip. As long as He retained personal control of the Universal Spaceship there was no way God could guarantee that this would never happen again.

So God decided to withdraw from the controls and place the universe on autopilot. His post-Flood policy statement amounts to an announcement to Noah that henceforth He would not be directly involved in the flow of the seasons, etc. As such, human behavior would no longer be judged against the background of an intimate ongoing relationship with God. Human sins would therefore have no impact on the smooth functioning of the universe and God could guarantee there would never be a second flood.

But this change in policy also had a significant flip-side. Whereas when God was in the pilot seat the universe was headed to a destination; now it is spinning endlessly on under the control of an automated guidance system that is totally unaware and unconcerned about ideas such as purpose or destination. The journey has no built-in stop. It will terminate only when someone decides to throw the switch on the autopilot. Such a universe has no Shabbat.

The essence of God's Covenant with Abraham was the promise that He would never be placed under the control of this universal computer. The very first communication to Abraham removes him from the automatic drive universe:

God said to Abram, "Go for yourself from your own land, from your relatives, and from your father's house to the land that I will show you. And I will make of you a great nation; I will bless you, and make your name great, and you shall be a blessing. I will bless those who bless you, and him who curses you I will curse; and all the families of the earth shall bless themselves by you." (Genesis 12:1-3)

Abraham's universe has both the ups and the downs of the pre-Flood world. His universe is personally piloted by God; it is relation-driven rather than program-oriented. That means it has a purpose and a destination. The hands-on driver is guiding it to reach its destiny and come to a stop. As the concept of stop is built into the universe, such a universe also contains a Shabbat.

On the other hand, it is sensitive to sin. History shows that Jews are much more vulnerable to Holocausts than other peoples. Our world has come to an end more than once. Our relationship with God, because it is so personal, has the ups and downs of all human relationships. We have the security of knowing that our Omnipotent and Omniscient pilot will get us to our destination somehow, but He often decides in His wisdom that in this case it is better to fly through the storm rather than avoid it.

We have often stated the obvious fact that a created universe has no inertia. It will not automatically be here tomorrow simply because it is here today. Creation is an act of will (God's will, to be precise), and the will of any thinking being, even a creature on our level, has no inertia. Creation therefore needs constant renewal. Renewal of creation must come from the source, God's will. For people who live in parallel universes the route to renewal is not necessarily identical.

First let us glance at the route of Jewish renewal, the subject that lies at the very heart of this essay:

God blessed the seventh day and sanctified it because on it He abstained from all His work which God created to make. (Genesis 2:3)

Rashi tells us: "He sanctified [Shabbat] with the manna. All the days of the week a measure [of manna] fell for each person, but on Fridays a double portion came down... on Shabbat, the manna did not come down at all."

It should be obvious that the source of material blessing in the pilot-controlled universe is the destination point; after all, the sole reason that God personally handles the controls is to make sure that it reaches its destination. The destination is represented in today's world by the day on which the world stops, Shabbat.

To emphasize the fact that Shabbat is the source of whatever manna comes down during the rest of the week, on Shabbat no manna falls, while on Friday a double portion comes down. Shabbat is the vessel that contains the blessing. When blessing is poured out you can only detect the flow if you are outside the vessel from which it is being poured. If you are sitting within the pitcher itself swimming around in the blessing, the flow of blessing is invisible to you.

On Shabbat, we Jews who are riding around in the pilot-controlled universe have reached a stop that is reminiscent of our final destination. We are sitting inside the pitcher of blessings immersed in the atmosphere of the World to Come. We have no need of the blessing that is poured out on the material world, because we aren't there. We have taken a temporary leave of absence into the world of Shabbat. The manna doesn't flow in there, it flows out of there; there is no manna on Shabbat.

For us manna eaters, who are personally involved with God and are sustained by His personal blessing, the source of material blessing is not the universe that God set into motion, the universe that He created to be ceaselessly active on automatic drive. Our journey has a destination. The purpose of sustaining us and renewing the creation for us is to make sure we are still alive and well at the end of the journey. The source of our renewal is Shabbat, a day reminiscent of the destination point.

But Shabbat is more than symbolic of the destination point. God designed the universe so that it would be obvious that Shabbat is the intersection point between the two parallel universes.

All material things are six-sided. Any substance that is not in the form of a cube is only imaginary in the world of solid things. Physical objects have a top and a bottom and some thickness, otherwise they cannot fit into three-dimensional space. Nevertheless, solids do have one metaphysical point, their center. All objects have a center from which they radiate. Aside from the fact that this is intuitively obvious, the center is perhaps the most important and useful point in an object in terms of calculations, as anyone knows who has attempted to figure out the center of gravity or taken any sort of course in geometry, trigonometry or physics.

Yet, as long as an object has some extension it will always be six-sided. As you make it smaller and smaller, it will narrow and shrink towards a single indivisible point. But this point is the limit. Reaching it means to exit from the world of the material and to enter the realm of the spiritual. This point located at the physical limit of all things is the seventh dimension of physical objects. It is the imaginary point at the center of all things and it is the point represented by Shabbat.

The connection to holiness is located at this center of being. When you need to get somewhere you are in motion. When you arrive at your destination you come to rest. The center is holy because it is always rest. From studying the universe we know that everything is constantly in motion, and almost all observed phenomena are in orbit, spinning about themselves, their suns, the center of their constellations, the center of the known universe.

As objects spin about their axis, the axis itself remains still, totally at rest in terms of the rest of the material world. The dynamic of forces that operate on the rest of the natural world do not affect the center-point, the point around which all movement takes place but which is under the control of entirely different factors. The profound symbolism of Shabbat surrounds us everywhere.

While studying at the famed yeshivas of Chaim Berlin, Lakewood and the Mir in Jerusalem, Rabbi Noson Weisz also received a degree in Microbiology from the University of Toronto, MA in Political Science at the New School for Social Research and his LLB from the University of Toronto. Rabbi Weisz is currently a senior lecturer at Yeshiva Aish HaTorah in Jerusalem. Listen to a class by Rabbi Noson Weisz

Shabbat: Imitating Creation
Where Are We? The Body, Brain, Soul Problem
Dr. Sheila Nazarian’s Escape from Iran
The Miami Boys Choir is Taking over TikTok
Comments
MOST POPULAR IN Shabbat
Our privacy policy
Aish.com Is Looking for Great Writers