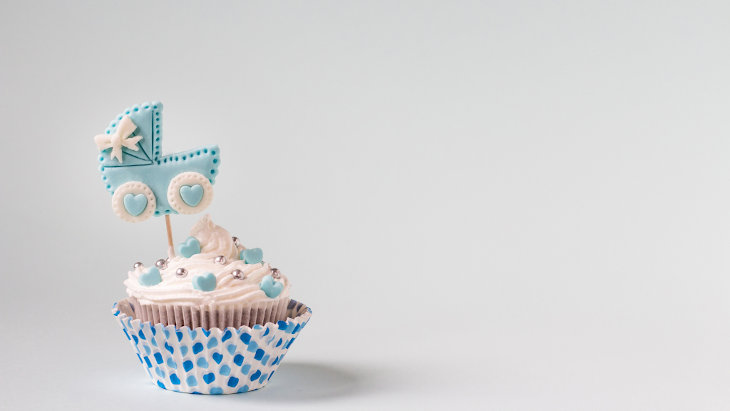 Along with the birth of a son comes many Jewish customs.

Mazal tov! A son is born – a son who will, with God's help, be a source of pride and joy to his family and the entire Jewish people. Along with the birth of a son comes several customs, the greatest simcha being, of course, the Bris Milah. For a first-born son, there is also possibly a Pidyon Ha'Ben.

And God said to Abraham: You shall keep my covenant, you and your seed after you, throughout the generations. (Genesis 17:9)

Despite the decrees of Antiochus outlawing Bris Milah, and throughout the expulsions and persecutions that our nation suffered in exile, the Jewish people never ceased to perform this mitzvah. To this day, virtually all Jews, regardless of their level of religious commitment, observe this beloved commandment with zealousness and joy, thereby fulfilling the words of the Sages: "Every mitzvah for which of the Jews were willing to make the supreme sacrifice, such as Bris Milah, will always be observed by them"; and: "Every mitzvah that the Jews accepted with joy, such as Bris Milah, will always be fulfilled with joy" (Talmud – Shabbat 130a).

It is a common Ashkenazic custom to hold a Shalom Zachar on the first Friday night after the baby's birth, at the home of the newborn. Light refreshments are served, but not a full meal.

While a baby develops within the womb, an angel teaches him the entire Torah. Just before birth, the angel touches the child on his mouth causing him to forget all that he has learned (Talmud – Niddah 30b). The gathering in the home of the newborn is to console him for the Torah he has forgotten (Taz – YD 265:13). And since the baby is "in mourning" for the Torah he has lost, lentils or beans (and chick peas) are usually served, since these foods are customarily eaten by mourners (Zocher HaBris 3:6).

The Shalom Zachar is held on Friday night, for that is when people are more apt to be at home, and available to participate (Trumat HaDeshen 269).

Additionally, the Midrash (Vayikra Rabba 27:10) relates the parable of a king who visited a province and decreed that anyone wishing to have an audience with him personally, must first pay respects to the royal matron. So too, one who wishes to enter into everlasting covenant with God [the King] must first celebrate with the Sabbath Queen. (Taz – YD 265:13)

The Night Before the Bris

The night prior to the Bris, it is a beautiful custom for children come to the house of the newborn and recite the words of "Shema Yisrael" in his presence. We give the children sweets in order to encourage them to come. (See text of the Shema)

Furthermore, the night before the Bris, it is customary to learn Torah in the house of the infant.

What should you prepare for the next day? The main preparation is the festive meal that follows the Bris, which is accompanied by special blessings during the Grace After Meals.

The baby is usually dressed for the Bris in white clothes. Also you will need to bring wine for the blessings.

Extending Honors to Friends and Family

It is deemed a great honor to take part in the Bris. Here are the various "tasks" given out as honors to some of the guests:

1) "Kvatter" – usually a married couple. Preferably, this couple has not yet had children of their own, as the honor is considered a good omen to have children. The baby's mother hands the child over to the female kvatter, who passes the baby to her husband. He then brings the baby into the room where the Bris is to take place.

2) "To Elijah's Chair:" The honoree's task is to place the newborn on the elevated, ornate "Throne of Elijah," for tradition says that Elijah attends every Bris.

3) "From Elijah's Chair:" the honor of taking the baby from the "throne."

4) "Sandak:" This is the highest honor, usually given to the grandfather, an elder, or a great scholar. The honoree holds the newborn across his knees while the Bris is performed, an honor considered equal to offering incense in the Holy Temple.

A child who is circumcised by a doctor in the hospital often does not receive a proper Bris.

5) Mohel: The one who performs the removal of the foreskin should be God-fearing and professionally competent. [A Jewish Bris differs from a "secular circumcision" in that it involves special added steps called Priyah and Metzitzah. A child who is circumcised by a doctor in the hospital often does not receive a proper Bris.]

6) Blessings: The honoree recites the blessings and announces the baby's name.

7) "Beside the Blessings:" The honoree holds the baby while the blessings are recited and the baby is named.

Symbolism of the Bris

As mentioned, the night prior to the Bris, it is customary in some communities for children come to the house of the newborn and recite the words of "Shema Yisrael" in his presence. The Zohar explains that before the Bris, impure spiritual forces try to harm the infant; therefore, children who are too young to have sinned come and recite Shema Yisrael, the prayer which has the power to keep these harmful forces away from the newborn.

The significance of this custom is expressed once again at the opening of the Bris ceremony in Israel, as the father declares the words of "Shema Yisrael." But why the Shema? And why recite words to an infant who has no understanding or awareness of what is happening to him?

Although the source of this custom is kabbalistic, we can still appreciate its significance, making it a part of our everyday lives, and also transmit it to our children. To explain:

Saying Shema to the newborn symbolizes the expression of pure belief that goes beyond understanding. The "impure spiritual forces" that threatened to harm the newborn may cause not physical harm, but rather spiritual harm. They might, for example, influence him to be more materialistic or rebellious when he grows up. The Shema, the Netziv says, has the power to bring one to loftier, more spiritual pursuits in life. Reciting the Shema to a newborn can strengthen him to have greater potential for spirituality.

Before the Bris, the baby needs an expression of belief that connects him with God.

After the Bris, he bears on his body that symbol of faith, but before the Bris, he needs the expression of belief that connects him with God. The fact that he does not understand is not important, because belief is above our understanding.

It is this faith, imbedded in the soul of every Jew, that made a little boy of the age of three – named Abraham – seek God. It is this faith that we try to instill in all our children.

Why do we accept the yoke of heaven and only afterwards accept the yoke of mitzvot? Because many mitzvot are logical and we might very well observe them even without a command from God. We accept the heavenly yoke first in order to proclaim that we accept responsibility for observing all our mitzvot because they are the commandments of our creator.

That proclamation also gives us strength to accept the mitzvot that we do not understand, for while many of God's mitzvot are logical, some seem to be completely illogical. Similarly, many of events occurring in the world encourage and strengthen our belief, yet many of events in our personal lives and throughout history make it harder to believe. Therefore, we say the Shema in the daytime, when everything is clear and bright and we understand the way of God. And we also say the Shema at night, when life is dark and on clear and we do not understand the ways of God.

For more on the topic of Bris and baby boys, see:
• What is Circumcision?
• Bris Milah: Beautiful or Barbaric?
• Circum-Decision
• Naming a Baby

It's a Girl!
What Makes Eli Run?
The Tyranny of Materialism
Science Enters the Mysterious Inner World of Consciousness
Comments
MOST POPULAR IN Lifecycle
Our privacy policy