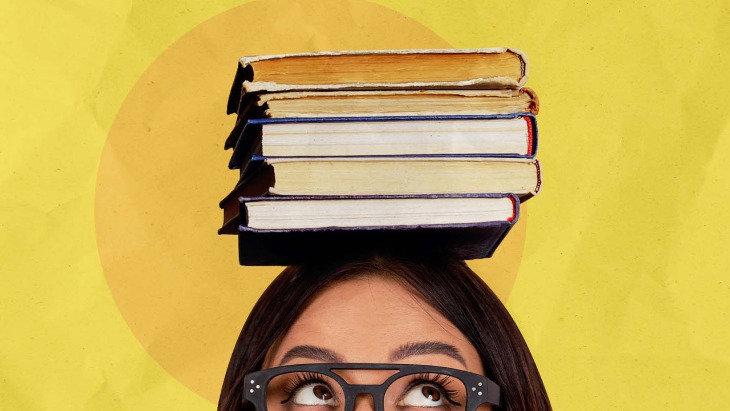 Gaining objective definitions is the first step to intellectual honesty. Applying those definitions to life is what determines greatness.

Are you an intellectual?

Before you start rummaging through boxes in the attic to find your high school IQ test, try asking another question:

Can you define the term "intellectual?"

Intellectual is not synonymous with intelligent. An intellectual is one who uses his head to lead him through life, rather than his heart. IQ is irrelevant to being an intellectual. (Phew! No need to get your hands all dusty!)

To Be an Intellectual

Why is being an intellectual so important to successful living?

Your car has not been performing well recently, so you bring it to a mechanic. He feels the hood of your vehicle and proclaims that it needs a new carburetor.

You ask: "How do you know I need a new carburetor?"

"Simple. I put my hands on the hood of the car, and I feel that the car needs a new carburetor."

Is the mechanic's "feelings" enough to get you to spend $300? I doubt it. You want facts, not feelings.

You want facts, not feelings.

Ironically, when it comes to the bigger issues in life, people often follow their emotions, rather than their mind – even though feelings do have a tendency to cloud our perception of reality.

So what do we do about it? In karate, different colored belts denote graduating levels of skill. In Judaism, there are also five belts – representing the five levels of intellectual refinement.

You can't begin any intellectual process unless you have a definition.

"Just answer the question: Are you a bafoofstik or not?"

"I don't know what you're talking about."

Until you have an objective definition, you can't form an intelligent opinion.

"Are you a good person?"

To truly answer this question, you first need to define the term "good person." Once you have an objective definition, then you can determine whether you are living consistently with that definition. The lack of a proper definition is not only foolish, it can also be dangerous. Plenty of people have sacrificed their lives for causes they "felt" were good. Even Hitler presumably had a goal of "doing good" – to rid the world of "Jewish vermin". But somewhere, something went wrong.

If you really desire to be a good person, you need more than feelings.

If you really desire to be a good person, you need more than feelings to determine whether you're reaching your goal. You'll need a clear way of measuring it.

Judaism has a concept called the "I-You-He Game." It is based on the premise that when we refer to ourselves, we paint the best picture possible. When we disagree with someone, but we don't want be insulting to his face, we paint him gray. And when we're talking about someone who's not around to defend himself, we paint him black. "I" am white. "You" are gray. "He" is black.

You're the passenger in a car careening 90 miles an hour down a winding mountain road. As you grip the dashboard in fear for your life, you turn to the driver and say, "Aren't you being a bit foolhardy?"

If you're lucky enough to get out alive to tell about it, you say, "That guy's a reckless idiot!"

The driver refers to himself as "brave." To his face, you call him "foolhardy." To a third party, he's a "reckless idiot." Which one is the reality?

By working through objective definitions, we can assess the situation without personal feelings getting in the way:

brave: takes necessary risks for a worthwhile purpose
(e.g. rushing into a burning building to save children who are trapped)

foolhardy: takes unnecessary risks, yet with a noble purpose
(e.g. rushing in to save the children, but without any protective gear)

reckless idiot: takes unnecessary risks for no worthwhile purpose
(e.g. rushing in just to watch the beams fall down)

Now let's go back to the car at 90 miles an hour. You turn to the driver and say, "Why are we risking our lives? What is the worthwhile purpose?"

The driver will have to agree that he's a reckless idiot.

That's being an intellectual. Leading with your head, rather than muddling through life based on feelings alone. Otherwise, you'll always be stuck on the level of: "I'm brave, he's a reckless idiot."

Walking through the forest one day, a king notices that many trees have an arrow piercing the center of painted bull's eyes. So the king orders a search party to locate this talented archer – and they find it is a 10-year-old boy!

The king requests a performance and the boy eagerly agrees. He takes an arrow and fires it into a tree. He then picks up a paintbrush and expertly paints a target around the arrow.

It's one thing to have definitions. It's another thing to use them!

Not applying definitions is like shooting an arrow and then painting the target. We have an intellectual definition, but we don't coordinate that with what we say. We just assume that what we feel is "on target."

An Orange Belt Intellectual not only has definitions, but focuses on the definition to discover how on (or off) target he is before releasing the arrow.

It appears on every magazine advertisement for cigarettes, on every colossal billboard just beneath the attractive couple puffing away, and on the wrapper of every packet of cigarettes: The Surgeon General has determined that cigarette smoking is hazardous to health.

So why are there millions of smokers? Could it possibly be that they aren't aware of the risk of lung cancer and heart disease caused by smoking?!

Thoughts and ideas must influence the way you act.

The desire to smoke obscures the reality. "I know it's harmful, but I feel like smoking anyway." The intellectual understanding does not control the feelings, and therefore in the end, the practical knowledge succumbs to the feelings.

Sometimes it takes a major dose of reality – like a heart attack – to force the feelings into line with the understanding... and finally quit smoking.

To be a Red Belt Intellectual, thoughts and ideas must influence the way you act. In other words, smoking would have to become something he also didn't "feel" like doing.

If your perception says "true," then get it into your feelings.

Brown Belt: Use Your Mind to Plan Your Life

Your mind is a flashlight to lead you out of the darkness and into reality. Living by feelings alone is to turn that light off and grope your way through the dark.

By using your mind to shed light on important issues, you create a more effective way of living:

What are my goals in life?

What do I want to accomplish?

What am I living for?

Have a conscious awareness of everything you do.

When you're home from work with your children, ask yourself: Why am I here? Am I home to escape the pressures of the office and turn into a couch potato, or do I want to spend quality time with my children and let them know how much I love them?

Be proactive, not reactive. Getting priorities clear is just the first step. Plan in advance what you are going to do, how and why. Then, after the day is over, evaluate and make improvements for the next day.

Your mind is a flashlight to lead you out of the darkness and into reality.

Scrutinize your life, constantly highlighting and working on the areas that need improvement. Our Sages say: "If you see a wise person – a true intellectual – making a mistake at night, do not think badly of him in the morning, because he has surely corrected his mistake."

The Brown Belt Intellectual uses his mind to plan and to make sure he lives by the plan.

Black Belt: Live With the Transcendental

The highest level intellectual uses his mind to live in the ultimate reality: the reality of the existence of God. He has perfected his awareness that God is always watching, assisting and instructing. The Black Belt Intellectual is always asking himself: What message is the Almighty communicating through this event?

First investigate the evidence and determine that God is there. Then strive to lift yourself into being one with Him. Walk with God. Share in His power. May the Force be with you.

The Meaning Of Life

How Can We Be Sure of Anything

Exodus: What's the Big Deal?
The Promise Of The Land
Which Chat Are You On?: Parshas Behar/Lag Ba’Omer
Do You Like Slow-Cooked Food? Thank the Jews
Comments
MOST POPULAR IN Philosophy
Our privacy policy