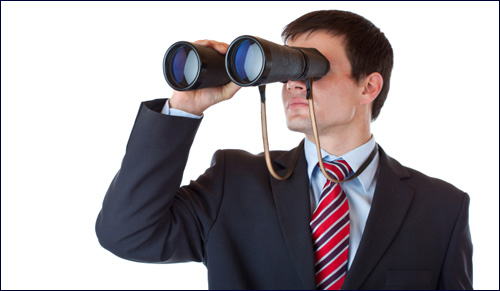 Wisdom makes the wheels of life spin forward. Pursue it.

There's a lot to learn about living. It may be possible to figure it all out on your own, but that's foolish and time consuming.

To be wise, you can't casually pursue wisdom; you have to actively go after it. More wisdom equals more life, more pleasure, and more meaning. It's the ultimate value. As King Solomon said, "If you desire wisdom like money and buried treasures, then you'll find it!"

People have some idea that there's nothing to learn outside of a university. We think: "What does the average person on the street know?" This attitude is destructive because it stops us from learning the many bits and pieces of wisdom that are available. Just the fact that someone survives from day-to-day, and copes with life's obstacles, means he's picked up valuable tips on living.

Did you ever meet someone who is fascinated by every word the other person speaks, no matter who he is talking to? That's a rich life! As the Sages say: "Who is the wise person? He who learns from all people."

Taking guidance from the wrong people, however, can be disastrous. When you consider how much care you'd exercise before entrusting your money into another's hands, shouldn't you be even more careful before accepting advice on how to live your life?

The world is full of people with wisdom. Learn from them.

Consider Carefully Any Piece of Wisdom

Taking wisdom seriously means appreciating how every drop enhances your life. People often mistakenly wait for earth-shattering events to make the difference in their lives – which means that everything else is treated as "mundane."

You don't have to wait around for that one incredible insight to dramatically change your life. Even a collection of smaller, less outstanding pieces of wisdom can make a significant impact. When you hear a small piece of wisdom, think about it, and try to extract its underlying essence.

Particularly, when you hear a piece of wisdom that doesn't make sense, don't discard it so quickly. Perhaps there's a deeper message that you haven't grasped. Of course, don't accept things blindly, but be respectful and keep in mind the source of the "wisdom"; if he has life experience, then there's a decent chance what he's saying is true.

Similarly, when you do hear a piece of wisdom that makes sense, don't be content with that alone. Go back for more!

Find the Fountain of Truth

To gain wisdom, the first step is to decide that what you want from life is truth, and that you will not settle for anything less. Start looking for wisdom now, and don't wait until you've reached some crisis point.

Start the process with a simple exercise. Ask yourself: What would I want to know if I found a wise person? Compile a list of questions about life's meaning, and also on any personal problems you're struggling with. Now, start looking for people who can give you the answers.

Wise people are not pseudo-philosophers, or para-philosophers – they're the real thing. They deal with issues such as the purpose of life and the human potential for greatness. They are constantly involved in the study of wisdom, and they live with the reality of those teachings.

Be an Educated Consumer

As important as it is to learn wisdom, it is also wise to exercise caution.

Suppose you were in a foreign country – where you had no friends or relatives – and you became sick. You would search with utmost care for a reputable doctor with valid credentials. Your physical health is at stake! We must be equally cautious with whom we entrust our emotional and spiritual health.

There are a lot of ideas out there, and each person has a different way of looking at things. Every creed, society and religion thinks they have the truth – capitalists, Communists, Republicans, Democrats, Jews, Christians, Muslims. The people growing up with these ideologies usually accept what they are taught. So who's right? How do we find truth?

It's not always easy to conclude immediately, so you have to evaluate what you read or hear. The determining factor is whether the ethics they espouse have created a better society. If they don't, then seek a value system which does benefit its society – even if that means breaking with the ideas you grew up with.

How can you judge whether a mentor is offering you real wisdom, or just empty formulas? Here are some methods to critically evaluate whether you should put your belief in that person or not.

One of the aspects of the Torah educational system is that rabbis will sometimes make deliberate mis-statements in logic – in order to sharpen their students' wits. They want to check if the students are mindlessly accepting whatever is being taught, or if they are listening with a critical ear.

How does a person know whether a set of ideals is based on solid evidence, or on mere faith?

First of all, let's define our terms. What is faith? The dictionary defines faith as "belief without proof." What is knowledge? "Truth, facts or principles attained through investigation of evidence."

Faith is usually a product of desire. Have you ever gotten a tip on the stock market that guarantees to triple your money in a month? It's hard to turn down this tip because we all desire to make money quick. And a lot of smart people who have better sense have gotten fleeced because they ignored the evidence and went on faith with their feelings.

Knowledge, meanwhile, is based on evidence. We know there's a place called China because we have many products in our house saying "made in China." There's so much evidence out there that we believe China exists even though most of us have never visited there.

In other words, seeing is only one way of believing. There are many other ways to collect evidence and draw conclusions.

Which of these two terms do you think more accurately describes the basis for belief in Judaism? Faith or knowledge?

Judaism teaches that the basis of our convictions must be knowledge, not faith. For example, the first of the Ten Commandment is: "Know there is a God." Not "hope" or "wonder" if God is out there, but "know."

This is a sensible way to live. Imagine taking your car into the mechanic. You return an hour later and he says you need a new carburetor. Cost: $300 (not including labor, of course). You're a little bent out of shape and you ask him: "How exactly did you determine that?" He says, "Very simple. I turned on the engine, placed my hands on the hood, and I 'felt' that you need a new carburetor."

No one is going to spend $300 because some mechanic "feels" you should. We want facts. That's the only sound way to make a decision. Isn't it obvious, then, that you should use your head for the really important decisions in life?

The 48 Ways says: Listen to the wise person, but don't accept him unconditionally. Be critical. If you see contradictions, ask. But give him a fair hearing. Give weight to what he says, even if it goes against your prejudices. Resolve what you don't understand. And then live by the wisdom you are taught.

A Hidden Resource: Your Parents

We assume that unless a person is a recognized scholar, or successful business person, he lacks wisdom. But the truth is, anyone who's had life experience possesses great wisdom.

Take your parents, for example. Though they may not be able to teach you about computers, they do know a lot about life. Though fashions and technology may change, the deeper aspects of life never change:

You may be shocked to find out how much your parents know about the issues you're grappling with right now. As Mark Twain said, "I spent four years in university, and I was amazed at how much wiser my father got while I was away!"

Not only do you gain wisdom from questioning your parents, you gain an eternal relationship that you will appreciate – now, and for years after they have left this world.

Wisdom of God and The Sages

Judaism does not have a concept of infallible religious leaders. Any human being can make a mistake. Only God doesn't make mistakes.

Part and parcel of Jewish belief is the idea that God entrusted His message to the Sages. The wise men of Talmudic times were in a different league than anything we can imagine today. They were holy people who were constantly connected to the metaphysical spheres.

Torah wants us to think. Which means: Believe in the rabbis, but don't put your mind in deep freeze. Though the Sages are not infallible, they are still the best source of truth we have available today. They understand the word of God. Study what they say.

Why is "Searching for Wisdom" a Way to Wisdom?

Way #7: The True Charisma
It Takes A Lot Of Faith To Be An Atheist
How Instagram Brought Back This Nostalgic Soup
What Makes Eli Run?
Comments
MOST POPULAR IN Spirituality
Our privacy policy