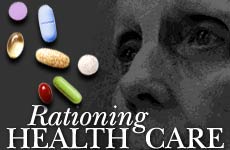 Imagine yourself as the Secretary of Health in a poor country. It takes your entire yearly healthcare budget to pay for life-sustaining treatments for various chronic diseases. Without the government subsidy, people will die. Now, your best researchers present the following dilemma: If $25 million dollars were invested every year for 10 years, a cure for diabetes could certainly be developed. Should you spend half of your annual budget on research that would save countless lives in the future, but deny insulin to some patients who need help now?

As the specters of bio-terrorism and chemical warfare loom before us, this question is no longer theoretical. Important issues regarding the allocation of scarce resources to prophylactic care have become realistic and urgent: Should we immunize everyone for smallpox? Should we invest now in large stores of antibiotics? The answers to these questions depend on the ethics of “health care planning” at the expense of currently sick people.

While an individual physician is rarely permitted to withhold resources from a dying patient to ameliorate future need, society may have a different set of ethical standards. May we take future societal needs into account?

The owner of the flask may drink it at the expense of his friend's life.

This decision is in full accord with the famous opinion of Rabbi Akiva that if two men are lost in a desert with one flask of water, the owner of the flask may drink it at the expense of his friend's life. No one is required to give up his or her life to save another.

But what if the upstream community wants to use the water to bathe and wash clothes, and the result will be a shortage of drinking water for the downstream community? In this case, the Talmud has a disagreement. While the majority opinion forbids the first city to hoard water for bathing and washing clothes if the second city will lack drinking water, there is an opinion of Rabbi Yossi that permits the upstream city to keep the water at the expense of the downstream community.

What possible rationale could there be for depriving a city of drinking water so that others may wash clothes? The opinion makes sense when we understand that Rabbi Yossi accepts the opinion of a physician-rabbi in the Talmud who felt that abstaining from bathing and washing clothes could result in the development of life-threatening illnesses. Therefore, according to this opinion, one may put the second city's welfare in present danger -- in order to save the first city from a grave future danger.

Rabbi Yossi's opinion also fits with a fundamental Jewish principle regarding an individual's obligation to risk his life in order to save another. Do I have to jump into a river to save someone who will definitely drown? It depends on how well I swim! That is, my obligation to save the life of another depends on the certainty of death to the other person and the degree of risk to me. If the river is slow moving and I am an excellent swimmer, then surely I should jump in. But if the river is fast moving and I cannot swim, then I am forbidden to jump in according to most opinions.

I may not sacrifice my own life in order to save someone else's.

But rationing issues are rarely so simple. Most decisions about the allocation of scarce resources involve a third party (a physician) with the resource (blood or medication) that is desperately required by two or more sick people. The person who needs to make the decision does not need the resource, and the people in need do not make the decision.

Do we take numbers of people saved into account? It is fairly well accepted that given the choice of saving many people or few people, we should save the many. For example, if there is a disaster and we have to choose between saving a single person to our right or a group of 10 people to our left, we should save the group. This is because we maximize the lives saved without directly causing harm to those not saved. By saving the many, we have not directly caused the deaths of the few.

But despite the above discussion, maybe the rules governing society are not different from those governing the individual. Maybe any individual may wash her clothes to prevent future deadly disease even if others will lack water.

Is "society" merely the aggregate of two or more individuals, or is it an entity unto itself?

Therefore, we must still ask ourselves one last crucial question, not clearly answered in the above discussion: Does society as an entity have its own set of ethical parameters to consider? Is "society" merely the aggregate of two or more individuals, or is it an entity unto itself, with special ethical issues? Simply, can you, as the Secretary of Health, make a "societal" decision, or are you bound by the same constraints as an individual's caretaker -- including taking care of the sickest individuals first and ignoring the possible benefits of investing in medical research for the future?

We could extend the question further, asking whether it is ethical to fund public projects like parks, culture, art, and NASA -- when there is a single person not receiving adequate healthcare.

There is an even clearer indication that Jewish law considers the needs of society to be . The Talmud (Gittin 45a) considers the case of ransoming captives. It was common in Talmudic times for criminals to kidnap Jews for exorbitant ransoms, relying on the Jewish obligation to ransom captives. Therefore, "for the benefit of society," the Talmud forbids one to ransom captives "for more than their value."

The Talmud entertains two possible explanations for why society benefits from our refusal to pay large ransoms. Was the prohibition enacted to avoid a financial burden on the community, or to avoid encouraging non-Jews to kidnap more prisoners? If we refuse to pay in order to discourage future kidnappings, the rule is clearly intended to save lives. Whereas if the rationale is to avoid bankruptcy, we see that overall societal health (a bankrupt society cannot fulfill basic social needs) can take precedence over saving an individual.

While the Talmud does not definitively answer which is the primary intention, it is clear that communal needs may take into account future circumstances and dangers, and that communities may refuse to spend money now to avoid hardship later. Some use this concept as the justification for society's budgeting money for playgrounds, parks, and culture, since a healthy society needs those items.

Based on the above arguments, one contemporary rabbinic authority, Rabbi Moshe David Tendler, claims that when planning for long-range societal needs, we may treat future generations as if they were before us now. The millions of people who will develop diabetes in the future may be treated as if they were currently our patients, and we do research as the means by which we treat them. Nevertheless, we must be vigilant in exhausting all possible avenues to provide complete care for all sick patients who are currently ill.

The millions who will develop diabetes in the future may be treated as if they're currently our patients.

Another decisor limits this concept, warning that the redirection of communal funds for research and development is justified only if there are currently living people who will develop the deadly disease, because ordinarily, Jewish law would not recognize the claims of future generations when weighed against people currently in danger.

We now see that communal ethics differs significantly from individual ethics, and that society must take into account the long-range effects of its decisions. It would seem that you, as the Secretary of Health, may invest money in research and development for the good of future members of society if you are reasonably sure that the research efforts will save future lives.

Dr. Avraham Steinberg, author of the Encyclopedia of Jewish medical ethics, is careful to point out that we are not killing the currently-ill patients to save others later, but choosing to allocate a governmental budget in a way that best serves the needs of society. This stands in contrast with the physician who must exert every effort to treat the patient who is sick before him, and may not refuse treatment now because another sick person is likely to come later.

It is also clear that the current threats of bio-terrorism and chemical or nuclear war must be dealt with by societal and governmental agencies to best direct our national resources toward a preventive healthcare policy that balances society's future needs with individuals who are currently ill.

The Real Story Behind the Covid-19 Vaccine Story

The Song of the Ocean

Judaism and Cosmetic Surgery
Olivia Newton John’s Grandfather was a Nobel-Prize Winning Jewish Physicist
Don’t Believe in Other Gods Versus God is One
Seeing Without Eyes
Comments
MOST POPULAR IN Current Issues
Our privacy policy
Aish.com Is Looking for Great Writers