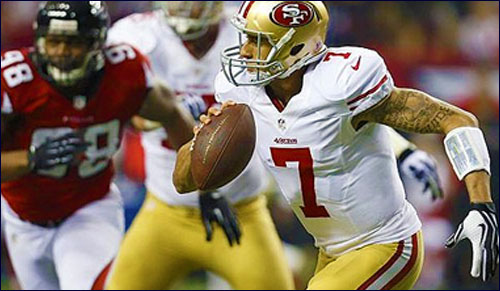 Doesn’t He have more important things to be worried about?

Does God care who wins the Super Bowl? It's a question that has been asked numerous times in sports and in other areas of life generally considered unimportant. There's no denying that the Super Bowl, with its half-time show and million dollar commercials, commands a tremendous amount of attention, unequaled by any other sporting event. In 1985, the public celebration of Ronald Reagan's inauguration was shifted from the constitutionally required day of January 20, a Sunday, to the following day, Monday, so as not to conflict with Super Bowl Sunday.

Prof. Joseph Price writes, "fans spend more money on the Super Bowl than Americans spend on traditional religious practices and institutions throughout the entire month." However, as we all know, God's policies are not dictated by the spending behavior and attitude of the American public.

Most people laugh at the foolishness of this question and insist that God has more important things to be worried about. They mockingly tell you that God is busy dealing with major problems like global hunger and world peace and does not pay any attention to trivial matters like sporting events, even one as grand as the Super Bowl. In their minds, the person who believes that God cares about Football is somewhat delusional.

In order to provide what I feel is the correct answer to this question, it would be helpful to reframe the conversation. Does God care about each and every human being on earth? I think so. Indeed, the Talmud tells us that a blade of grass doesn't sway in the wind without God commanding it to. Whether you agree with that Talmudic statement or not, (much ink has been spilled over its theological implications) the point is that God cares about us. We may not like His decisions, we may get angry at Him at times, but God cares.

Ray Lewis has led the Baltimore Ravens to a Super Bowl matchup against the San Francisco 49ers. I don't know whether God will grant him a second Super Bowl victory, but he quite loudly and proudly believes that God has granted him these last couple of victories. After the first playoff game he wore a "Psalm 91" shirt and declared that because God is his refuge, he was victorious. After their stunning victories against the Denver Broncos and New England Patriots, he preached the holy words of Isaiah to Sal Paolantonio, "No weapon formed against you shall prosper," and concluded by claiming that "man cannot change what God has already blessed and destined." A few years back, I wrote an article defending Buffalo Bills wide receiver, Steve Johnson, who similarly blamed God for causing him to drop a game winning catch against the Pittsburgh Steelers.

These men and many others know that God cares about them and their success. They understand that God desires a close relationship with everyone and appreciates every prayer – from the "mundane" to the "holy." Three times a day, many Jews recite the majestic words of King David, "God is close to all who call upon him sincerely." If we care, then God cares. It's as simple as that.

So does God care who wins the Super Bowl? Well, not exactly. But He will be at that game rooting for each player, owner, fan, and concession stand worker hoping that the experience of the Super Bowl will, win or lose, enhance and deepen their relationship with Him.

While some may claim that God has more important things to worry about, I believe that God is everywhere. I don't place limits on the limitless.

Rabbi Joshua Hess is a congregational rabbi, chaplain and accidental writer. When he realized that his dream of playing professional basketball wasn’t meant to be, Rabbi Hess pursued ordination at the Ner Israel Rabbinical College in Baltimore. He later became a rabbi in Denver, while pursuing a Master’s in Pastoral Care. In 2009, Rabbi Hess 'took his talents' to central New Jersey as rabbi of Congregation Anshe Chesed . These days, he spends hours each week pouring over biblical texts, and equal time keeping up with sports and popular culture. To merge these passions, his blog, The Fanatic Rabbi, extracts spiritual lessons from the sports page. His other blog, Pop Jewish, highlights Jewish themes and values found within pop culture. He is a frequent contributor to the Huffington Post, New Jersey Jewish News, and Jewish World Review. Rabbi Hess and his beautiful wife, Naava, are the proud parents of four children.

Suddenly Goodbye
Should I Break Up, Get Engaged or Keep Dating?
Time Is Your Precious Commodity
A Constant World in Flux
Comments
MOST POPULAR IN Current Issues
Our privacy policy