Thanksgiving and Praying for the World’s Welfare 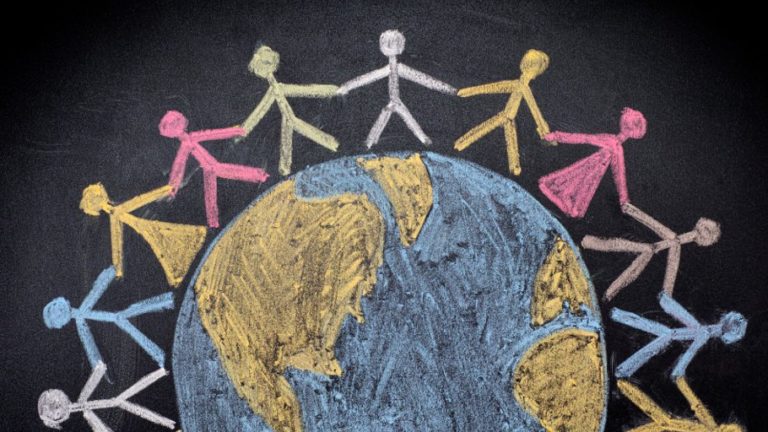 There is a beauty to the world when we all work together.

Although not a Jewish holiday, Thanksgiving expresses a powerful Jewish sentiment. Judaism is practically predicated on the recognition of our blessings and the appreciation of the God who granted them.

Gratitude guides almost every stage of our days and lives. Our first words when we wake in the morning are “modeh ani…” – thanking God that He has returned our souls to us for another day. In morning prayers, we thank God for practically every step of our morning routine – that we can open our eyes and see, that we are able to rise out of bed, that we have clothes to wear, that we can walk, and that dry land spreads out over the oceans. Absolutely nothing can be taken for granted. It is all a constant gift from God.

Interestingly, the Sages viewed gratitude as much more than a personal obligation. The same must be expressed on the national level as well. The Talmud obligates us to pray for the welfare of the government of our host nation, “for if not for its fear, a man would swallow his fellow live” (Pirkei Avot 3:2). We know all too well what man is capable of without the constraints of a vigilant government, with no fear of consequences. At times events such as blackouts and natural disasters bring out the best in human beings; at times they bring out the worst.

God likewise instructed the Jewish people at the start of the Babylonian Exile: “Seek the peace of the city to which I have exiled you and pray to God for its sake” (Jeremiah 29:7). These were the very same Babylonians who had just destroyed our Temple and exiled us to their land. Yet we are to pray to God to bless that very land – for the very simple fact that it is allowing us to dwell in peace among its inhabitants. “You shall not despise an Egyptian, for strangers you were in their land” (Deuteronomy 23:8). They may have enslaved us, but they did give us a place to live.

This has likewise found a place in the Jewish prayer book. Rabbi Dovid Abudirham (14th century Spain), in his commentary on the siddur, writes: “And it is customary to pray for the king, asking God that He bless and strengthen the king over his enemies.” This prayer is typically said during Shabbat services after the Torah is read, being recited aloud by one of the synagogue dignitaries before the entire congregation.

Myriad versions of this prayer have been authored over the centuries, often identifying the king or queen by name and praying for his or her welfare. And the prayer has been uttered under some of the harshest regimes the Jewish people have known, from Almohadic Spain to Ottoman Turkey to Czarist Russia. For the Sages recognized that quite often, a corrupt, despotic, poorly-run government is far superior to none at all.

This obligation should furthermore not be viewed as a self-interested one – that we wish for the peace of our host country solely for our own well-being. Rabbeinu Yonah of Geronah (Talmudic scholar and ethicist of 13th century Catalan, Spain), in his commentary to Pirkei Avot 3:2, explains (paraphrased):

In a way, however, the sense of gratitude we must feel towards our host nation extends far beyond preserving law and order. There is a beauty, almost a majesty, found in a smoothly-functioning society. As Jeff Jacoby observes, virtually everything that we are blessed with in a modern economy requires armies of individuals working together. Think of a loaf of bread or a sweater we simply pull off the shelf and buy. Imagine how many people were involved in the growing, processing, baking, dyeing, packaging, transporting, marketing, etc. Meanwhile, yet other segments of the economy were involved in designing, building and delivering the machinery used by the farmers, bakers, dyers, packagers, etc. – as well as banks providing the cash flow to enable the entire process, companies providing fuel and electricity, air-conditioning in the store you’re shopping in, barcode scanners, credit card machines, shopping carts, etc. We would literally be overwhelmed even attempting to grasp the degree of joint effort involved in creating a smoothly-operating society – even if naturally we’d rather pay a few pennies less or we have our own little nitpicks here and there.

Even in Mishnaic times, Talmudic scholar Ben Zoma marvels at the difference between his times and earlier: “How much effort did Adam expend until he found bread to eat. He plowed, planted, harvested, bundled, threshed, winnowed, picked out the grains, grounded, sifted, kneaded, and baked, and only then did he eat – whereas I wake up and find all these prepared before me!” (Talmud Brachot 58a; he has a parallel statement regarding how Adam found clothes to wear).

When mankind works together to better the world there is almost no limit to what we can achieve.

And how much more so today. When mankind works together to better the world – which for all the world’s problems in many ways we do, there is almost no limit to what we can achieve. Many of us are blessed to live in relatively smoothly-functioning societies. Think of the wide array of foodstuffs and finished products readily available to us, health care, emergency services, public schools and libraries, phone service, water and electricity delivered into our homes, information available at our fingertips. And all of this is provided to us only because armies upon armies of complete strangers are working together to make life pleasant and comfortable for us all.

There is a beauty to world harmony, to vast numbers of people working together for a united cause, every individual volunteering his own talents and abilities to make the world a better place. We should only pray it continue. For we have much to be thankful for.

Ilhan Omar Has a Problem with Jews
The Softball Player
How This 6 Generation Bread Baker Brought Back Israel’s Ancient Grains
Olivia Newton John’s Grandfather was a Nobel-Prize Winning Jewish Physicist
Comments
MOST POPULAR IN Current Issues
Our privacy policy
Aish.com Is Looking for Great Writers