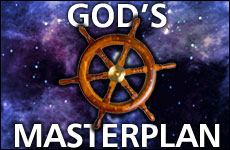 The world is one long chain of events, dating all the way back to Adam.

God created this world as a place of maximum challenge, and therefore, man must be inherently imperfect and die. The sin of Adam revealed this imperfection because of which man must make the transition of death. Accordingly, God told Adam, "But from the Tree of Knowledge of Good and Evil, do not eat, for on the day you eat from it, you will definitely die" (Genesis 2:17). Since we are all descendants of Adam, all must share this fate.

Therefore, death is the destiny of every person, and none can escape it. We are thus taught, "[Just as] no person can control the wind or stop it from blowing, neither is there any control over the day of death" (Ecclesiastes 8:8). No matter what a person may attain in life, he cannot conquer death. It is thus written, "The triumph of the wicked is short-lived, and the rejoicing of the hypocrite is but for a moment. Though he be elevated to the heavens in his eminence, and his head reach the clouds, he shall perish forever like his own dung. Those who see him shall ask, "Where has he gone?'" (Job 20:5-7). Even the perfectly righteous must die, since no distinctions can be made in this world which might tend to destroy or diminish man's choice between good and evil.

Because of man's inherent imperfection, death is for his own good, since it reminds him that he is below God and that he must repent each day. Since man must constantly be in a state of repentance, no one is allowed to know the time of his death. Regarding this it is written, "for no man knows his time. Like fish caught in a net of evil, and birds caught in a trap, so are men trapped when a time of evil suddenly descends upon them" (Ecclesiastes 9:12). However, God makes man forget his death, so that he may also flourish in this world.

When a person becomes sick and bedridden, he is judged whether he is worthy of recuperating, and therefore whether he is worthy of experiencing a special degree of providence. We are thus taught that God pays special attention to the sick, as the Psalmist said, "God strengthens the sick man on his bed" (Psalms 41:4). Therefore, although a sick person must seek out the best possible medical treatment, he should still pray to God for divine aid.

Life, children and economic prosperity, form the basis of God's control of the historical process. Power over these things therefore remains in His hands alone. God makes His long-term plans for humanity on the assumption that man will do good. As such, any sin affecting life, children or property, causes God to revise His plans. It is for this reason that God strongly forbade such sins in the Ten Commandments, "Do not commit murder. Do not commit adultery. Do not steal. Do not testify as a false witness against your neighbor" (Exodus 20:13). These sins are even worse than idolatry, since idol worship only affects God's honor, while these pervert His very control of history.

Murder is one of the very worst of sins, since its effects can be felt for all future generations. Since the offspring of a single person can comprise a significant portion of humanity after a sufficient number of generations, we are taught that one who kills a single human being is like one who destroys an entire world. Since, unlike animals, man enjoys individual providence, every murder forces God to set up new chains of events to assure the birth of those persons upon whom history depends.

Robbery also upsets God's plans for the world, causing redistribution of property contrary to His will. Since this crime also causes much suffering, it is the one sin for which the judgment of a city or nation may be sealed. The punishment for corruption is most severe, since only a major catastrophe can set things right, and accordingly the prophet said, "The people of the land have oppressed and robbed one another… I have therefore poured out My indignation upon them" (Ezekiel 22:29-31).

Similarly, the miscarriage of justice is a sin that can upset God's plans, and therefore cause general disaster. Like robbery, it can seal the doom of a country. All judges are therefore warned that their decisions not only involve other human beings, but have an effect on God's own plans, as it is written, "Consider what you do, for you judge not [only] for man, but for God who is with you in judgment" (2-Chronicles 19:6).

One of the important tasks of Divine Providence is maintaining a certain number of righteous individuals in each generation. By their merit and example, these individuals offer spiritual support to all humanity. In order to assure that individuals will be born with both the heredity and environment, as well as the spiritual traits needed to be great spiritual leaders, God sets up chains of events, sometimes dating all the way back to Adam. Providence also arranges that before one saint dies, another is born.

Although man has free will, certain individuals are predisposed by birth to be good. Accordingly, God told His prophet, "Before I formed you in the womb, I knew you, and before you were born, I sanctified you, I appointed you a prophet to the nations" (Jeremiah 1:5). Similarly, when God needs avengers, He causes individuals predisposed toward evil to be born. Regarding these, the Psalmist said, "The wicked are estranged from conception; speakers of falsehood err from birth" (Psalms 58:4).

God has a special love for messengers of good, and therefore protects them with a special degree of providence, except where danger is imminent. Similarly, God pays particular attention to a person who is being pursued.

Although each individual enjoys particular providence, that extended to groups, institutions and governments is much more exacting. Accordingly, we are taught that the chains of events leading to changes in government are so precisely ordained by providence, that the time of succession is determined to a hairsbreadth.

Although war sometimes fulfills God's purpose, He constantly strives for peace in the world. The ultimate blessing which God wishes to bestow is that of peace, as the Psalmist said, "God will give strength to His people; God will bless His people with peace" (Psalms 29:11).

From "The Handbook of Jewish Thought" (Vol. 2, Maznaim Publishing). Reprinted with permission.

The Long Road to Heaven

4 Misconceptions Jews Have About Judaism
Bechukotai 5782: Divine Retribution
Behar 5782: Working to Live or Living to Work?
The Wholeness of Being Broken
Comments
MOST POPULAR IN Philosophy
Our privacy policy