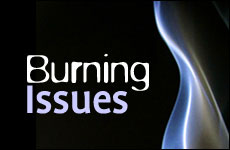 Israel's first crematorium opens for business. What would Moses say?

A crematorium recently opened for business in Israel, for the use of citizens who want their remains reduced to ashes.

A decade ago, just over 20% of Americans who died were cremated. In 2005, the rate had risen to 32%. The Cremation Association of North America confidently forecasts that by 2025 more than half of Americans will choose to have their remains burned rather than interred. While no one knows what percentage of American cremation-choosers are Jewish, there is little doubt that, at least among Jews with limited or no Jewish education, or who became estranged from Jewish observance, cremation has become acceptable, if not a vogue. And now, the Jewish State has it own facility for burning human bodies.

Yet the fact that the establishment is the first of its kind in Israel does bespeak an essential Jewish attitude toward the services it provides.

Some Jews recoil from the idea of cremation because the Third Reich incinerated so many of its Jewish victims.

Others, and many non-Jews, disdain the burning of human remains because of infamous cases where crematory owners, after accepting families' payments, presented them with urns of animal ashes, turning a further profit from the sale of the bodies entrusted them to brokers who then conducted brisk businesses of their own selling body parts.

Judaism's inherent abhorrence for cremation, however, predates and supersedes both Nazi evils and ghoulish crimes. The roots of the Torah's insistence on burial of human remains lie elsewhere.

Judaism's opposition to cremation is sourced in the Torah's statement that humans are created "in the image of G-d." As a result, we are charged to show "honor for the dead" by consigning human bodies, in as undisturbed state as possible, to the earth – even, if necessary, if it means forfeiting the performance of another commandment.

That our bodies are invested with such importance should not be startling. Not only our souls but our physical selves, too, possess inherent holiness. Our bodies, after all, are the indispensable means of performing G-d's will. It is through employing them to do good deeds and denying their gravitations to sin that we achieve our purposes in this world.

And so, Jewish tradition teaches, even though we are to consign our bodies to the earth after death, there is a small "bone" (Hebrew: "etzem") that is not destroyed when a body decays and from which the entire person, if he or she so merits, will be rejuvenated at some point in the future.

The idea that a person might be recreated from something tiny – something, even, that can survive for millennia – should not shock anyone remotely familiar with contemporary science. Each of our cells contains a large and complex molecule, DNA, that is essentially a blueprint of our bodies; theoretically, one of those molecules from even our long-buried remains could be coaxed to reproduce each of our physical selves. (Intriguingly, the Hebrew word "etzem" can mean not only "bone" but also "essence" and "self.")

Burning, in Judaism, is a declaration of utter abandon and nullification. Jews burn leaven and bread before Passover, when the Torah insists no vestige of such material may be in their possession. The proper means of disposing of an idol is to pulverize or burn it.

Needless to say, G-d is capable of bringing even ashes to life again (as the ashes of the Nazis' crematoria victims will surely demonstrate one day, may it come soon). But actually choosing to have one's body incinerated is an act that, so intended or not, expresses denial of the fact that the body is still valuable, that it retains worth, indeed potential life.

The new Israeli crematorium's owner, in fact, describes himself as an atheist, as do most if not all of his customers. One, a teacher in Jerusalem, gave eloquent expression to her reasons for choosing cremation, telling The Jerusalem Post: "I was not sanctified in my lifetime so my grave won't be sanctified either... I believe that there is nothing after death..."

That is the philosophy underlying the choice of cremation.

It is the antithesis of the belief-system called Judaism.

We Have to Talk About Charvona
In Aftermath of Chicago’s July 4th Shooting, Local Moms Provide Countless Points of Light
Baked Burik Recipe
Blocked Goals and Anger
Comments
MOST POPULAR IN Current Issues
Our privacy policy