Elijah in Manhattan: A Love Story 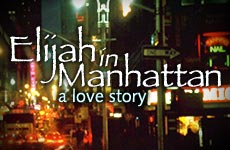 Sometimes the longest journey is the journey home.

Her name was Rachael; his was Nathan. Separated by two bar stools, they struggled through several minutes of conversational jungle before the last names appeared. Rosenthal went with Rachael; Cohen with Nathan.

"Hey, you must be Jewish," blurted out Nathan impulsively. Oops. Big mistake, he reckoned. Shoulda stayed with the light stuff, the conversational fluff. Nobody invited him in. He should have stayed on the front porch with, "You come here often. How do you like that Chablis? Don'tcha hate Tuesday nights?" Effective dialogue from a lonely bachelor whose only other date was Channel 15 on a cold, rainy night in March.

"I bet you're Jewish, too," she responded.

Well, things were looking up. What an artful, direct, hard-hitting strategy; this immediate identification technique. Promising. It opened up vistas of conversation that soared above the usual bar talk. It certainly bridged the two intervening bar stools. Nathan now sat beside her and she responded with a smile at the newly identified landsman. They now had a commonality besides Tuesday night attendance at the "Lonesome Corral Bar & Grill -- where strays find a home."

"It's the first night of Passover, ya know."

"What a night for two Jewish buckaroos to be sitting in a western bar in the middle of Manhattan," said Rachael. "It's the first night of Passover, ya know."

"Yeah, I know. I'm afraid I've neglected 'my heritage' as my father puts it. He lives here in the city -- only a few blocks down 57th. My family has a Seder every year. They sit around the table -- sing childish songs -- stuff themselves on a 5-course meal and wait for Elijah, the heavenly visitor to drop by. I go to a bar. Usually the one over on 8th and 52nd. This year my mood took me here. Don't know why. It's a heck of a coincidence that I'm sitting next to you."

"Well, I'm alone in the city. My family is back home in Louisville, Kentucky. Like yours, about now they're sitting down to a huge meal with a week's supply of calories, enough cholesterol for a month, and a lifetime dose of fat. Kosher, but still deadly. And I'm sure they're singing silly songs, as you put it. Wish I was there."

"How seriously do they play out the Elijah game? You know the legend -- his visit to every Jewish home on Seder night. I remember my old man. He'd put down his wine glass, get all serious and open the front door. 'Hey Pop,' the eight year old who was then me, would shout, 'if the omnipresent Elijah can pop up at 9 million Jewish homes in a single night, he can get through that wood paneled front door without your help. A decent burglar can do it in a few minutes. Why not challenge the Prophet?' My old man hated it."

An old gentleman at the end of the bar looked up with a pained expression.

"Besides visiting many millions of Seders on the first night of Pesach, Elijah's there -- wherever two or more Jews are together."

"I guess so," remarked Rachael. "Sure I know the Elijah story -- our Rabbi calls it a Midrash -- a Rabbinic parable -- which elevates it a level or two above a legend. It's one of those unifying articles of faith that every Jew -- even the lost ones -- enjoy believing. A sweet story, you know. In fact, my Rabbi believes that besides visiting many millions of Seders on the first night of Pesach, he's there -- on Passover night that is -- wherever two or more Jews are together."

She had been a little loud. She noticed the gentleman at the end of the bar had looked up from his drink, a dark purple wine in an ornate silver wine glass. Wonder what they called that? Wonder if you got to keep the glass? What a weird bar this was.

The wine drinker with the fancy cup looked toward her and her new companion and smiled good-naturedly.

Nathan, his arms folded loosely across his chest, had fixed his eyes on her as she talked. She's got some spirit, he reflected. How his father's eyes would gleam with matching passion to hear her declarations of faith.

Rachael brushed her hair back from her face. "Sorry, I got a little carried away -- didn't mean to preach to you. Let's talk about something else."

"Hey, I understand the first night of Pesach is magic, my old man used to say. Makes you remember who you are. Every Jew, he used to say, had a progenitor -- in his direct line who walked dry shod on the bed of the Red Sea. If he had perished under Egyptian whips or drowned beneath the waves -- I, for example, wouldn't be sitting at this glitzy bar in twenty first Century America talking to a young Jewish lady who believes in a resuscitated prophet who makes a million house calls in one Spring night."

"There are no coincidences."

"You know what?" she said suddenly. "I'd love to go to a Seder tonight. And there's no lambshank, haroseth, parsley or bitter herb at your place or mine -- but there is at your father's place. Why don't we surprise him? We'll be just in time to greet Elijah."

Nathan blinked. And nodded. With her, he had a chance. So, linking his arm in hers, he set out on the longest journey any man can undertake. A journey home.

And at the end of the bar, the dignified, but poorly dressed patron held up his wine goblet. "There are no coincidences," he whispered to the goblet. He glanced hurriedly at his watch and left. He had many calls to make. 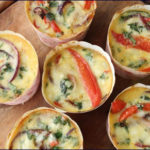