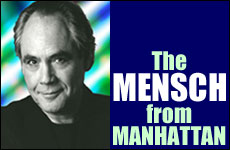 Comedian Robert Klein is a nice guy in a tough business.

Robert Klein was running a few minutes late for his Jewlarious interview, so he called to let us know. He didn't want us to worry. For someone who has been on the Tonight Show and Late Night more than a hundred times, who has hosted Saturday Night Live, has Grammy and Tony Award nominations, has acted opposite everyone from Barbara Streisand to Al Pacino, and has a special box set of his HBO stand up comedy specials, we would have forgiven him had he made us wait a couple of minutes. But Robert Klein called us because he's that type of guy -- a mensch. And a funny mensch at that.

Klein grew up in the Bronx in the 1950's in a predominantly Jewish neighborhood (although he currently resides in Manhattan). As Klein describes it, "It had everything you needed. The butcher, the baker, the pharmacist. It almost had the feeling of a European shteitel."

Klein, who became famous for describing the times in which he grew up in his first comedy album "Child of the 50's," talked about the tension he felt going to school in the post World War II era. "In case of nuclear war, we were given dog tags, and had to put our names and religions on them. I had to write ‘Heb,' on mine. We were assured that somehow these would withstand a nuclear attack. Anyway, our teacher was so strict I had visions of her saying, ‘Please put on your dog tags kids and I want no talking during the nuclear holocaust.'"

After high school, Klein went off to Alfred College, and like many nice Jewish boys, planned to study medicine. Unfortunately, there were obstacles in his way, "like calculus, chemistry, biology... you know, the little stuff," Klein recalls. Instead of a career in medicine, he decided to follow his heart and pursue a Master's degree in theatre -- a nightmare for many Jewish parents. In Robert's case, the only saving grace was that his studies would take place at Yale. Warming to the idea slightly, Klein's father, Ben, ribbed him, saying, "Yale? To be an actor? Did Eddie Cantor go to Yale?"

After only one year at Yale, Robert was invited to try out for the famed Second City comedy troupe and got the job along with Fred Willard. It was 1965, the day Robert marks as his official start in show business.

Soon after, Robert started a successful stand up career, and was the first comedian to have an hour long HBO special, marking a significant relationship that continues to this day. He went on to host Saturday Night Live twice, starring in memorable skits like the "Cheeseburger" sketch with John Belushi and one where lobsters attack New York. "It was like treife in the extreme," Klein recalls.

In some ways, what makes Robert Klein's career interesting are not the things he did, but rather, the things he didn't do. He didn't star in any sit-coms, although there were offers, because he didn't want to move to Los Angeles while his young son lived in New York. "I made decisions based on principle. As far as I'm concerned, when you bring a child into this world, he becomes your number one priority no matter what." He also turned down offers to promote cigarettes or alcohol, not wanting to be associated with such products. He did, however, play the voice of God for the Hebrew National Hot Dog campaign, "my highest role so far."

Klein didn't change his name either, even though doing so was a trend amongst many of his predecessors (Rodney Dangerfield, Woody Allen, and Jackie Mason for example). "I wanted to be Robert Klein, even though it's Jewish sounding. My aim was to go anywhere and not have to blend. I am what I am -- an educated urban Jewish man, and I never wanted to apologize for that. I think even in Hollywood today many Jewish executives feel uneasy with their own Jewishness, like they will say ‘this character's name is too Jewish' or something like that. I never wanted to be that way."

"I am what I am -- an educated urban Jewish man, and I never wanted to apologize for that."

Klein has never shied away from either being Jewish, nor associating with the Jewish causes. In 1981, he visited Israel during the Lebanon War, when he volunteered to narrate a film for the United Jewish Appeal. Although he thought his visit would be depressing given the circumstances, it had the opposite affect on him. "I was completely invigorated. It was an inspirational trip. I came back a supporter of Israel. So much so, that before I left for Israel, American Express had asked me to write something for the back of their magazine about my favorite city. I had chosen London at the time. But when I returned from Israel, I called them back and said I wanted to change my favorite city to Jerusalem. They said no, because it was too controversial, but I dug my heels in, and they finally acquiesced."

Although he has serious convictions, Klein continues to do what he does best -- make people laugh. He still performs stand up around the country, has just released a DVD box set of his HBO specials, and can frequently been seen acting in television and film, including a recently praised supporting role in the 2007 release Reign Over Me, starring Adam Sandler.

Robert Klein's success in show business is almost proof enough that nice guys don't necessarily finish last. Klein puts it more succinctly: "I've been a very fortunate Jew." Fans of Robert Klein would say they, too, have been lucky, for simply having had the opportunity to watch him.

Click here to watch a clip of Robert Klein Live. 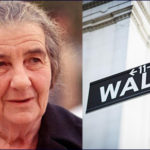 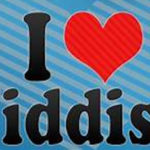 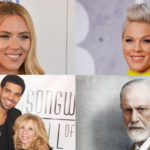