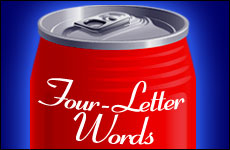 My stand up performance at Pepsi headquarters taught me a surprising lesson about corporate morality.

Over the summer I had the pleasure of performing at the Pepsico Theater in Purchase, NY. Less than an hour from the city, Purchase is the home of Pepsico's corporate headquarters. I had been hired to write for an in-house Pepsi talent show and volunteered to warm up the crowd with a short stand-up set. Writers and comics tend to get all kinds of gigs. Sometimes you're at a club, sometimes you're at a studio, and sometimes you're in a large corporate auditorium. It's all part of the life. And this was the type of gig that I liked -- a few hundred people who all more or less knew each other and all shared a common experience: they work for Pepsi.

This means that there should be plenty of inside jokes to make -- the kind of jokes that are guaranteed to get laughs and applause. You know, like when a band shouts the name of the city where they are performing: "Hello Albuquerque!" It doesn't matter if the band sounds like a gaggle of dying cats, when you shout out the name of your host city, they applaud like you are Elvis.

So, as I am thinking about what to say for the opening for the Pepsi show, I am thinking that this should be a piece of cake. Or in their case, a piece of Twinkies, or Swiss Roll or whatever Frito-Lay snack-like product they sell. I figured that I could riff with the crowd a little, trash their competitor a bit and then just say the word "Pepsi" -- they'll go nuts and I'll exit on a big laugh.

Showtime arrives, the theater fills up and I make my way onto the stage. It starts off perfectly. I begin with a roll call of all of the different departments in the crowd. "Let's hear it from sales! How about H.R? Where are all the marketing folks? You see how good they are at their job? There may only be a dozen of them here but they have me convinced that there are hundreds..." Big laugh. Marketing people love it when you acknowledge them.

I'm a clean comic. But I decided to drop a four letter word -- I was going to say "Coke."

Now was the right time to break out my four letter word. Don't get me wrong -- I'm a clean comic. When I perform, I aim for laughs from the material, and not from off color topics or language. But at this performance I decided that I was going to drop a four letter word. Yes indeed, I was going to say "Coke." I was prepared for the possibility of a few scattered boos. But that would be part of the fun. I'm in Pepsi-country, everyone loves to trash Coke!

I went into a bit about the people who named the new Coke Zero. I said, "Apparently these guys were wondering ‘what are the chances that anyone would drink that garbage?' so they decided just to write it on the can!" Sure, not my best joke ever... but this is the home crowd, it should kill!

A woman in the front says, "We don't use that word here." They don't say Coke? It was just at that point that I spotted Indra Nooyi in the audience. Indra Nooyi, the soon to be new CEO of Pepsico...and the fourth most powerful woman in the world according to Forbes Magazine. It was a less than comfortable moment for me.

On the flight home from New York I had a few hours to reflect upon my experience at Pepsi. I couldn't help but think about my teachers in Jewish day school who advised us against "lashon harah" or speaking ill of others. On a personal level, the concept makes sense, but isn't it impossible to practice in the business world?

In business, it's all about your product, and when you're talking soft drinks, you're basically looking at Pepsi vs. Coke. So how do you advertise your product? Well, it only seems natural that you would say: the competition's product stinks, so don't buy it. That's why I thought my joke at Coke's expense would go over well. I assumed that Pepsi people probably knock Coke all of the time. But the culture at Pepsico is to stress the quality of their product, rather than the inferiority of Coke's.

In many ways, what happened at the Pepsi show was an example of the old adage, "If you don't have anything nice to say, then don't say anything at all." The people at Pepsi reminded me that you don't have to put others down to bring yourself up. Even in the cutthroat business world the laws of lashon harah can be respected.

Much like the goal of many of their beverages, it was refreshing to see morality in the corporate world. A world that normally gets press for their unethical behavior. We all face competition in our lives. It might do us good to take a page out of Pepsi's book and concentrate on our own qualities rather than on other's shortcomings.

Truth be told, I don't really drink Pepsi, or even Coke for that matter. I could explain why, but I want to avoid any possible lashon harah – even though it's only an 11 letter word... alright, it's two words...What do you want from me? I am a comedian not a mathematician!

Dan Messinger has been a comedian since elementary school, though he scorned the title of class clown, preferring "Class Jester." He has performed at numerous comedy clubs and college campuses across the country and his handiwork has been seen on TLC, Spike TV, Style Network, DIY, and a variety of other channels that you surf through on the way to HBO. He lives in Los Angeles with his wife and 5 1/2 month son. If you’re interested in contacting and or hiring Dan you can do so via his website www.funnymandan.com.

An L.A. Latke Lament
Why Are The Prayers Of Yom Kipur So Repetetive?
Ha'azinu 5783: A Time for Unity!
Twisted Thinking
Comments