Sivan: The Mystical Power of Three 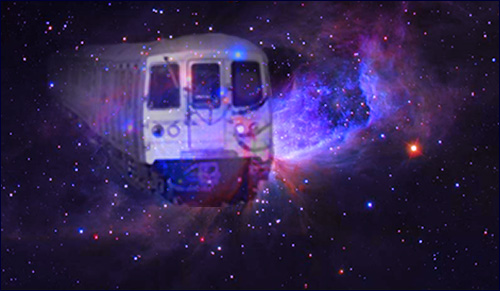 At Sinai we moved above and beyond, where the whole truth dwells.

We are entering the Hebrew month of Sivan. The central event to take place in this month (and arguably in all recorded history) is God giving the Torah to the Jews at Mount Sinai.

Sivan is the third month of the Hebrew calendar if we begin our count from Nissan, the month of our liberation from Egypt, which is the way months are counted in the Torah. Three is a portentous number in Judaism. Moses was the third child in his family. The Israelites began the three-day process of preparing themselves to receive the Torah on the third of Sivan. God divided the Jews into three groups with different roles: the Kohanim, the Leviites, and the rest of the Jews, Yisrael.

Before we explore the mystical connotation of the number three, we have to understand what "truth" really is. Truth means a lot more than mere verbal accuracy. The mystical name for truth is Tiferet, which literally means "harmony" – not exactly the association most of us have with truth. What's the connection?

Truth is a synthesis of the whole.

The Maharal, the famous renaissance-era Kabbalist, defines truth as: the entire picture. It includes past, present and future; it includes internal reality and its external counterpoint. It is a synthesis of the whole – harmony. If something is true at all, it must be true spiritually, physically, mathematically, and philosophically. If an idea "works" on one level, but doesn't on any of the other levels, it is not truth in the purest sense of the word.

We humans are mortal, which pretty well cuts us off from any foolproof vision of the future. Our access to anything that took place before we were born is colored by other people's interpretations of the past. Add a healthy scoop of emotional subjectivity even to our observations of the present, and it seems that our search for truth is doomed.

Transcendent truth, by definition, comes from a place above time and space. The Maharal regards transcendent truth as the only real truth. The only time we had access to it was at Mount Sinai, when we heard the voice of God.

The Maharal refers to this quality (new, but not disconnected) as "nivdal", which means in Hebrew separate or transcendent; it is part of a process, but also beyond it. Thus, for example, Moses, the third child in his family, was connected to the heritage of monotheism that Abraham initiated, but he took it a step further, giving his people a sense of nationhood based on the Torah.

The month of Sivan is connected historically to Nissan, the month of liberation. In Sivan, however, the Jews went a step beyond physical freedom and became spiritually autonomous, defined only by the Torah, God's word. Nivdal. Connected but new. Part of the process, but also beyond it.

ON THE TRAIN PLATFORM

What does it mean to live with transcendence? I recently had an experience that gave me new insight into seeing how deeply this seemingly abstract concept affects me in my day-to-day thinking.

I was in New Jersey, heading to Sequacus at the Metrotrack station. It was about 2:00pm and the platform was almost empty. The only fellow travelers in sight were two women and a man. Suddenly, one of the women, standing quite close to me, lost her balance and fell backwards. I immediately bent over to help her get up. Although her eyes were open, she made no response. She was unconscious.

The second woman on the platform approached. She asked me if I knew first aid. I replied that I didn't, and she claimed that she also didn't know first aid, but she bent down and took the prostrate woman's pulse. When she saw that there was no pulse, she immediately began administering C.P.R. Clearly, she knew what she was doing.

In the meantime I called 911. Five minutes passed. The woman looked at me, exhausted. Copying what I had seen her do, I relieved her. Soon, a policeman appeared. I was appalled. We needed a medic, not a policeman! He began to administer mouth-to-mouth resuscitation, clearly the only first aid response he knew.

The platform suddenly shook with the vibrations of an arriving train. The woman who began the C.P.R, the one person who really knew what to do, muttered something about intubations and boarded the train. I looked on in horror. A person was dying, and she found it necessary to catch her train!

Within a few minutes the ambulance crew finally arrived. Later, when recounting the episode, I was bothered by how the woman who was, by default, supervising the rescue effort could have simply left to catch her train. How important could a business meeting or a shopping date or even a chemo session be when compared to saving a life?

The answer illustrates the opposite of nivdal. If I had asked her that question the day before, she would certainly have answered, "Saving a life is more important." She certainly knows the transcendent truth. The problem is that when the train actually roared into the station, she was caught up with the reality of here and now. Physical reality is so vivid and immediate, that it eclipses transcendent reality.

Receiving Torah is a commitment to go beyond the immediate, and to get to the essence of truth.

And what would nivdal look like? Imagine that the woman who knew CPR had an appointment for a job interview for her dream job. Imagine that the train to that place came only once every three hours. Imagine that she had been unemployed for six months, and really needed that job. And now imagine that it was so clear to her that saving a life is more important than any of the above, that, when her train came, she chose to stay with the woman until the medics arrived, and she knew, without hesitation or regret, that that was the right choice. That's nivdal. It is living connected to the higher truth that the mere external reality conveys.

Receiving Torah is the ultimate nivdal. It is a commitment to go beyond the immediate, the vivid, and the seemingly real, and to get to the transcendent, inclusive picture that is the essence of truth.

MAZAL OF THE MONTH -- GEMINI

Moses was not the only one who brought the Jewish people to a place where they could hear the truth. His brother Aaron acted as his spokesperson from the early days in Egypt, when he arrived at Pharaoh's palace with the outrageous demand that he free the Jews. Each one of them played a role in expanding our consciousness in a specific and way. Moses was the ultimate lawgiver. He transmitted the commandments that teach us where the lines have to be drawn if we are to rise above pseudo truth and enter the realm of absolute transcendental truth. His brother Aaron approached each Jew with love, and brought forth the hidden yearning to live a life higher and more encompassing than the every day. Justice and love were intertwined; it is no coincidence that this month's sign is Gemini, the twins.

THE BOOK OF RUTH

Each of the three pilgrim festivals (Pesach Shavuot and Sukkot, which were celebrated in ancient times by a nationwide trek to Jerusalem) has a specific focus. On each, a different Megillah is read, narrating a particular aspect of the story of our relationship with God.

On Shavuot, we read the story of Ruth, the Moabite princess who abandoned everything safe and familiar to follow her mother-in-law Naomi to Israel, to a life of physical rigor and spiritual truth. Her story is the story of all of us this month, as we try to move beyond our limited grasp of truth and move closer to the whole picture we saw at Sinai.

Elul: The Time for Closeness