The Mystical Power of Hebrew Letters 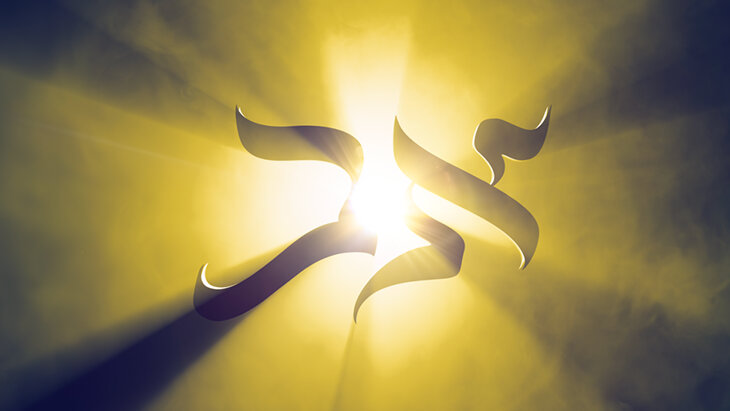 The meaning of the Hebrew alphabet’s first two letters.

According to Jewish tradition, God literally spoke the world into existence; His words were the engine of creation. In fact, every letter was a vessel of spiritual energies. The Hebrew alphabet is the spiritual underpinning of the entire universe.

Mystical teachings delve into the meaning and power of each Hebrew letter, revealing penetrating insights. Let’s take a quick glance at the first two letters of the Hebrew alphabet, aleph and beit.

Aleph’s position as the first letter is significant; the letter alludes to the First One, and to God’s oneness, the sine qua non of all of Judaism. It’s no accident that the numerical value of aleph is one. Another useful indicator of the meaning of a letter is the first word in the Torah that begins with that letter. In the case of aleph, that’s Elohim, the name of God that shows up in the very first verse.

The letter beit is the second letter; its numerical value is two. What is twoness? Whereas oneness means singularity, twoness is the beginning of multiplicity. Before creation there was only God - a complete and total oneness. Then He created something besides Himself, introducing multiplicity and finiteness in the universe. That’s why the first word in the Torah that begins with beit is Breishit, in the beginning – because the very act of creation involves twoness – the Infinite and the finite. Interestingly, the next word that starts with beit is “bara,” which means “He created.” From His oneness, He created twoness.

With these two letters, we can already start building meaningful Hebrew words. Aleph and beit together spell the word “av”, which means “father,” one who creates something separate from himself. God is our ultimate Father. The creating of offspring is the essential transition from one to two. But the letter beit stays right up against the aleph - an av, a father, is not one who merely creates another but who remains connected to that other as well, as God remains always connected to His children.

The word for “son” in Hebrew is “ben” (spelled beit-nun) which comes from the word “boneh”, to build. A father goes from aleph to beit, from one to two; then the beit, the son (ben), builds off of what his father has given him and continues to create.

Why did God create others outside of Himself? Jewish thought teaches that it was in order for them to have the opportunity to connect back to Him out of their own free will rather than through the compulsion of simply being a part of Him. Free will, choice, can only exists where there is twoness. (The Hebrew word for free will is another important word that starts with beit, two: bechirah.)

Using free will means choosing mindfully. It requires thought and contemplation, considering the things you know to come to moral conclusions. It is an internal process of building (a process called binah, which, like boneh, is from the root word beit-nun-hei). The letter “beit” is itself a word in its own right. One definition of the word beit is “interior”1 - because bechirah, free will, is an interior building process.

Take a look at the letter peh (as it is written in a Torah scroll):

It bears a resemblance to a face – with a nose, and aperture for the mouth, etc. You might not be surprised to learn that the first word in the Torah that begins with peh is “pnei,” meaning face, or exterior. You might, however, be surprised when you look inside that exterior. Take a look again at the peh - specifically at the whitespace inside it. That whitespace forms the letter beit - the interior. Each letter contains and reflects its own unique meaning.

The lessons to be gleaned from the Hebrew letters are vast and wide-ranging; they are baked into every aspect of every letter, hiding in plain sight, if you just know how to look. There is a treasure trove of wisdom to be uncovered in this most basic element of the Torah.

Rabbi Raffi Bilek is a husband, father, and marriage counselor in Baltimore, MD, where he directs the Baltimore Therapy Center and the Montgomery County Abuse Intervention Program. He also provides help and guidance to Jewish individuals, couples, and families across the globe at FrumCounselor.com . 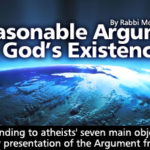 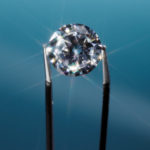 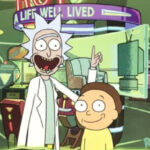