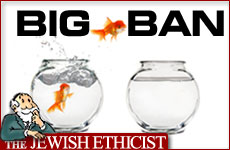 I want to avoid a scandalous relative.

Q. A relative of mine took out a truly scandalous personal ad. A family member discovered it and persuaded him to stop, but I feel I should distance myself from him anyway to show my shock.

A. Distancing someone from normal social contact can indeed be an effective sanction. In fact, for hundreds of years the most severe punishment Jewish courts could administer was a nidui, or ban, ordering community members to isolate the person judged. Prison sentences and corporal punishment were seldom in the authority of the Beit Din, or Jewish court; yet the threat of a ban was enough to maintain internal order and cohesion.

However, precisely because of the great power of this sanction, Jewish communities knew the importance of limiting its use to prevent it from becoming unproductive or even counterproductive.

Bans were imposed for limited times (generally a week), and for carefully defined transgressions, to ensure that punishment could not be imposed arbitrarily. If a person desisted from the forbidden behavior then the ban would be lifted or at least not renewed. I know of no precedent for imposing a ban on someone who merely sought to engage in unsanctioned behavior, and even when a person did transgress bans were not imposed when a person desisted from the transgression, as you say your relative has done.

Even when the conditions for a ban were fulfilled, the rabbinical leadership often reviewed its application to see if it might not be counterproductive. A leading Renaissance-era authority, Rabbi David HaLevi, emphasizes two considerations which should give the judge pause before imposing a ban. The first is that a ban may distance the wrongdoer from the Jewish community altogether. Instead of convincing him to mend his ways and be integrated as a full member, he may decide that since he already has one foot out the door he may as well leave. The second consideration is that a ban effectively punishes not only the parents but also the children. The children will also suffer from isolation, which will have a harmful educational influence; furthermore, they will eventually find out what caused the parent's isolation and in your case this will hardly contribute to their healthy upbringing.

It's hard to see how keeping away from your relative will convince him his desires are unacceptable.

It is true that what you are considering is only a private decision to avoid someone, which doesn't have the same impact or danger as a formally imposed punishment. But the same principles are at work. It's hard to see how keeping away from your relative will convince him his desires are unacceptable. Keeping in close contact (as well as keeping an eye on him) will in most cases be more effective. Any change in your behavior will be noticed by the community and may lead to rumors flying, whereas in fact the best thing is for the entire sordid story to be forgotten as quickly as possible.

Certainly you would not want the children to suspect that their parent is a sordid or disgraceful individual, so long as their perception of him is of a respectable and normative parent and community member.

God created us with many strange desires; He also gave us a way, through the Torah, to overcome them. When someone is tempted to express or even act on these desires, the appropriate reaction is generally not to exclude and isolate but rather to act as a positive and elevating influence to the greatest possible extent -- especially when children are involved. 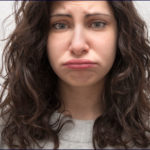 Sensitivity to Others5 min read 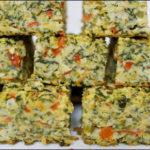 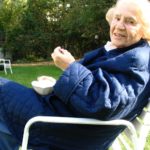