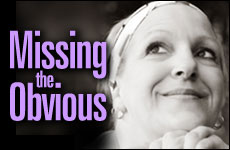 A near-death experience opened my eyes to God's love.

During what seemed like a normal labor with my eighth child, I was hit with an unbearable pain. I've had plenty of experience with labor, thank God, but this pain was off the charts. One minute I was thinking, "This doesn't feel right," and the next minute I saw black, voices became distant and I felt only a sweet nothingness.

The next day I woke up in the ICU to the steady sound of beeping provided by the machines, monitors and IVs attached to me; my hands tied to the bed to prevent me from pulling at the breathing tubes; my feet wrapped in inflatable cushions to prevent bedsores and blood clots. I had no idea what I had just been through.

He told me I had just experienced a miracle.

My husband and sister-in-law were at my bedside. Soon after my father, mother, mother-in-law, brother, and 3 brother-in-laws were also at my side. As I came out of sedation, my dear husband explained to me what had happened. He told me I had just experienced a miracle.

What had happened was a doctor's nightmare; a completely unpredictable condition called Amniotic Fluid Embolism. A.F.E. is a rare obstetric emergency in which amniotic fluid, fetal cells, hair, or other debris enters the bloodstream, causing cardiorespiratory collapse. The doctors along with almost the entire staff of the maternity ward and specialists were called in, rushed to perform an emergency c-section. They worked frantically for four hours to stop the bleeding, save the baby, and keep me alive.

I was also stricken with Disseminated Intravascular Coagulation another condition often caused by A.F.E. Disseminated Intravascular Coagulation causes the body to bleed profusely all over the place. In most cases the ominous nickname for D.I.C., Death Is Coming, is all too true. I lost more than the full amount of my blood and had blood transfusions equaling close to 2 times my blood volume. Maternal mortality approaches 80 percent with 50 percent not making it past the first hour of the onset of symptoms. Those who do survive generally have permanent neurological impairment.

My husband described to me how he had sat in the birthing room with our new little baby in his arms (which was a miracle in itself) and prayed and prayed. His description of those few hours was that a massive amount of people all over the world stormed the gates of heaven with prayers and tears begging God to spare my life. My mother, who was in Israel at the time, arranged a prayer group at the Western Wall and then took the next flight back. Schools in different cities stopped classes for the children to pray. People went to get blessings from Rabbis on my behalf. Another group of people gathered to pray at my brother's grave.

As I looked up at him trying to take in his words, I was overcome with emotion. My entire being was trembling as fragments of understanding began to penetrate. The hot tears streamed down my cheeks. My soul made itself heard even as my voice couldn't utter a sound. A song arose; "God loves me. God loves me so much!"

I was grateful and incredulous. God, you did this for me? Imperfect me? Self-centered me?

Soon after, my husband left the room to take care of the baby's needs. I was alone and scared. Yet at the same time, I felt like angels were surrounding me. I felt God's love in a way I never had before. It was as if a curtain had lifted to reveal a stunning clarity.

Those days in the hospital brought with them tears, healing and many prayers of gratitude. They also brought to light this profoundly simple truth; God loves us.

Lying in bed, I wondered how I could have missed this until now. Sure, I have always professed to know this to be true, but my inner world didn't look as if I believed it. I'd start out each day with great intentions, excited to accomplish all that I had planned. Then, instead of simply taking pleasure in my completed tasks, I'd keep on second guessing myself. Somewhere in my mind was a full chronicle of all the things I should have done better. There were lists of kindnesses I didn't perform, or perform well enough. My judgments of priorities were under constant scrutiny. Subconsciously, I was relating to God as if He was constantly saying, "I EXPECT MORE FROM YOU!"

How could I have missed what was so obvious? Love. Love holds compassionate encouragement, not criticism. Love is constant and unconditional; it has room for mistakes and repairs.

God loves us. He's the parent who is rooting for his child to succeed. He's not the parent who says, "You could've done better, shame on you!" That's our own voice. The voice of negativity rooted in the evil inclination. It's not the voice of Truth.

We all want our kids to be helpful, kind and obedient. Yet our love for them doesn't diminish when they are out of line. We understand that it's part of growing up. Truly, if our children were perfect where would the arena for relationship be?

God doesn't demand perfection, only that we keep on striving.

We're God's children. He knows us and understands our struggles. He doesn't demand perfection, only that we keep on striving. Our efforts to do His will are so precious to Him, even when we fall short.

What does He ask of us? That we love Him back. These are the words we say every day in the first paragraph of the Shema, "And you should love God, Your God, with all your heart, your soul and your might." These words of the Shema are a personal message to each one of us. "Your God". I'm here for you, you only have to look My way and feel My love.

I remember a few years ago I was in a new synagogue for Rosh Hashana. The prayers were as familiar as they were beautiful. We were up to a prayer that describes in vivid color how God judges us and scrutinizes our every deed. Unexpectedly, the crowd broke out in a lively tune. I was expecting weeping, broken hearts, but this crowd was happy.

It took me a while, but I got it. We had every reason to be happy, jubilant in fact. Here we had a genuine opportunity for a new start. God does not want us to be distant from Him, so He built into our relationship room for mistakes and a method for repair. Rosh Hashana and Yom Kippur are tremendous gifts for us; a special time when we can feel God's love and closeness. It's not a time for guilt and beating yourself up.

There is so much God wants me to be and so much that the world needs from me, from each of us. I don't want to waste another bit of energy on negativity and self doubt. I'd rather tune in to His encouraging voice saying, "I love you, now make this day count!"

One Habit Can Change Everything

On Becoming A Kind Person

The Twin Towers of Light
Korach 5782: Visit to Lift the Spirit
That Time The Ivy League Found A Way To Limit Jewish Enrollment
Would You Rather Be Right or Happy?
Comments
MOST POPULAR IN Spirituality
Our privacy policy