Did Life Start by Accident? The Missing Pieces 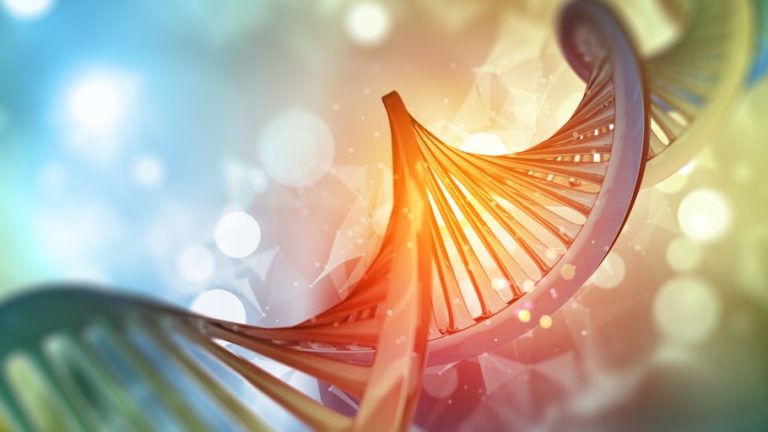 Was the Universe continually creating massive numbers of random combinations of atoms until it generated life?

Life-by-accident is a fundamental tenet of modern society. It lays the groundwork for natural selection and social humanism. Thus, it is important to understand the essential flaws in this position. This article is the second in a series that examines major problems with the life-by-accident thesis.

Scientists posit that the Universe initially contained no life. Through some set of circumstances, life generated spontaneously with a single living organism. The fields of biology and chemistry that study this topic are abiogenesis 1 and prebiotic chemistry 2, respectively. It is the generation of this very first living organism in a completely dead Universe that is important to understand. As such, abiogenesis and prebiotic chemistry do not consider the mutation of fish into salamanders or transmutation of Darwin finches from short to long beaks 3, but rather how the very first living organisms emerged on a planet with absolutely no life.

There are many reasons to discount the assertion that life happened by accident. For example, in a previous article 4, I discussed the massive improbability of the accidental generation of DNA, an important component of any living creature. There I discuss that a Universe 10 billion light years wide constantly mutating for ten billion years would have essentially a zero chance of creating a single strand of DNA.

But there are other problems. For instance, DNA must exist within the context of a living cell. So whatever random mechanism generated the first strand of DNA would also have to simultaneously generate the cell in which it exists.

Another issue is that strands of DNA are very long. Biogenesis assumes that intermediate partial strands are stable enough to exist long enough to combine into longer strands.

Then there are philosophical issues. For instance, if per chance, scientists could discover how life was created, that would not prove the lack of a Creator. If you figure out how to bake a cake, that does not prove that no one baked it.

These and other issues may be interesting topics for future articles. But this article examines the presumption that the Universe was feverishly busy generating random combinations of atoms until it succeeded in creating a single living cell.

Was the Universe continually creating massive numbers of random combinations of atoms until it generated life? If complex structures necessary to support life were being generated randomly, then we should expect to see pieces of them lying around. If the Universe in general, and Earth in particular, are so prolific at and so predisposed to creating complex structures like DNA, then they must also be able to create long DNA-like substructures that would be floating around waiting to bump into each other to create even bigger and bigger ones and finally, life itself.

We see no evidence of partial life structures or anything even close to it.

However, we see no evidence of partial life structures or anything even close to it. Living cells have lots of atoms. For example, a single Escherichia coli cell has 7 billion carbon atoms 5; and oxygen, nitrogen and hydrogen atoms in similar measures, and many other elements in smaller measures. On the contrary, compounds from non-living sources are very simple, not typically more than a few atoms. This is quite a gap and we do not see anything in the middle. Simply put, not only is it statistically impossible for the Universe to accidentally create life – it is not even trying!

I am of course not the first to make this observation. Charles Darwin considered and then dismissed the problem over 130 years ago by claiming “…we could conceive in some warm little pond, with all sorts of ammonia and phosphoric salts, light, heat, electricity, &c., present, that a proteine sic compound was chemically formed ready to undergo still more complex changes, at the present day such matter would be instantly devoured or absorbed, which would not have been the case before living creatures were formed” 6. Darwin is saying that there is so much life around that it would eat up any evidence of partial-life compounds. Really? Is there so much hungry life that you would never find an apple decaying under an apple tree? Having owned apple trees, I wish this were the case. This plentiful planet produces bounties of food stuff that can stick around at least long enough for us to observe it.

Looking for a Clue

Scientists have been trying for some time to concoct experiments that indicate that life-like compounds could be generated randomly under the right circumstances. The simplest known organisms, archaea 7 have DNA strings of at least 490,000 nucleotides 8. Given a typical nucleotide of about 25 atoms 9, an archaea DNA string would have 1.2 million atoms not the whole organism, just its DNA. The experiments to date have less-than-spectacular results. Let’s look at a few.

This experiment consisted of heated water, primitive gases and electric discharge sparks contained in a sealed apparatus of glass containers and tubes. The result was the chemical creation of several amino acids but mostly glycine, the simplest, having 10 atoms 11. There are many highly technical debates about the validity of this experiment but from our point of view 10 atoms are a long way from the 1.2 million needed for the DNA of the world’s simplest living creature.

By the way, if Earth were like the experimental conditions, it would have had massive volcanic eruptions releasing carbon dioxide, nitrogen, hydrogen sulfide, and sulfur dioxide into the atmosphere in the presence of significant, continuous lightning activity

This Spanish scientist synthesized adenine, a key component of nucleic acids, from hydrogen cyanide HCN. Adenine is an important chemical in living organisms but, again, has only 15 atoms14. He also showed that amino acids can be made from reactions of HCN and ammonia. Again, though important, Amino acids roughly have about 20 atoms each 15.

This British chemist discovered chemical reactions for creating two of the four nucleotides that make up ribonucleic acid RNA. “If all four nucleotides formed naturally, they would zip together easily to form an RNA molecule with a backbone of alternating sugar and phosphate groups.” Well, maybe. It is not all that simple. These four nucleotides can be modified in hundreds of ways as they are combined to form RNA. RNA strands can be large. For instance, archaea ribosomal RNA has about 4500 nucleotides 17,18. RNA nucleotides have up to 16 atoms each 19.

His prebiotic Earth would have been a warm pond basking in ultraviolet light 16.

“NASA scientists studying the origin of life have reproduced uracil, cytosine, and thymine, three key components of our hereditary material, in the laboratory.  They discovered that an ice sample containing pyrimidine exposed to ultraviolet radiation under space-like conditions produces these essential ingredients of life.” So, if you happen to have a bunch of pyrimidine around on a large ice comet then you might get some of these building blocks. Note that the size of these compounds is 11 atoms.

So that brings us up to date. Over 50 years of intense scientific research has led to a few sparse examples of the possible accidental creation of small quantities of some very simple building blocks, each of which have no more than 20 atoms. Just to get the DNA portion of a simple creature we need to line up over 1.2 million atoms. Where are the intermediate pieces and why don’t we see them?

It is interesting to note that the conditions suggested by the collection of all these experiments are mutually exclusive. Sutherland himself states: “…reactions that would have made each of the sets of building blocks are different enough from one another—requiring different metal catalysts, for example—that they likely would not have all occurred in the same location.”21

You might be familiar with the Infinite Monkey Theorem, of which one formulation is: “A monkey hitting keys at random on a typewriter keyboard for an infinite amount of time will almost surely type a given text, such as the complete works of William Shakespeare” 22. Well, some group at Plymouth University in England gave a computer to several monkeys to see what would happen. In all fairness, it was not intended to be a scientific experiment but rather an artistic demonstration. However, there was one interesting result. Once the monkeys figured that they could type on the computer, they basically produced several pages of the letter “s” 23. So, if a complex being such as a monkey has no interest in generating random combinations, why would we expect sand, clay and water to behave differently?

Here on Earth, we see simple non-organic compounds of only a few atoms. Numerous experiments contrived to simulate special life-generating conditions have also only generated compounds of roughly 20 atoms. But the simplest living single-cell creatures have billions of atoms. This is a huge gap and we see nothing in between. This gap indicates that the Earth is not the great random molecule generator that it would need to be to even attempt a chance at accidental life.

Dr. Horowitz received his Ph.D. in physics from the University of California - Davis in 1987. After a few years as a physicist, he moved on to network and systems engineering. He currently runs an engineering consulting firm in Baltimore, Maryland. At home he enjoys photography, bird watching and fiddling around with big numbers.

8 Tips for Getting Fit

Brazen New World
Would You Rather Be Right or Happy?
Korach’s Unique Punishment
Who Was Josephus? The Controversial Backstory of the Famed Historian
Comments
MOST POPULAR IN Current Issues
Our privacy policy