The Jewish belief in resurrection of the dead affects how will live in the here and now.

A. In a recent column on fulfilling the wishes of departed friends and relatives, I mentioned that the family should respect burial instructions. The source I cited referred to a parent who asked to be buried in a different town; Jewish law states that this request should be respected even if it involves delaying the burial. Apparently my wording was not as clear as I had intended, and many readers asked if relatives should respect a request for cremation.

The accepted ruling in Jewish law is that cremation is forbidden. The "Jewish Ethicist" doesn't discuss practical legal rulings, but I want to discuss this prohibition because it bears a profound ethical message as well. (In any particular case a qualified authority would have to be consulted.)

On the whole, Judaism emphasizes practice, not beliefs. Even so, the belief that God will resurrect the dead is a foundation of Jewish faith. This belief is so important that we affirm it in the prayers we recite thrice daily. And the Mishnah states that this principal is a basic part of the Torah. (1)

Consistent with Judaism's orientation towards practice, this belief is expressed in many concrete customs. For example, burying the dead in a simple but dignified white garment or shroud is considered to be testimony to the resurrection. (2) Another example is the prohibition on disfiguring any corpse, which encompasses many embalming practices, superfluous autopsies, and cremation. (3) (The definition of "superfluous" is beyond the scope of this column.)

Of course the Jewish sages were always well aware that the body decomposes in the grave, along with the shrouds. Resurrection is not dependent on being buried whole. Even so, maintaining bodily integrity to the best of our ability gives a concrete expression to our belief that the body is important as the abode of the soul, important enough that the soul should return to it even after death.

This eschatological belief is closely allied to an ethical one. Many thinkers have noted that belief in the immortality of the soul contributes to ethical behavior; in this world, reward for virtue and punishment for sin are often lacking, and justice seems to demand a future existence which will right these inequities. Even most Deists, who did not accept most aspects and traditions of organized religion, believed in an immortal soul and judgment in a future world.

Rabbi Avraham Kook explains that belief in reward and punishment is important, but insufficient. Belief in resurrection is also an ethical necessity. A purely spiritual immortality, while insisting on individual justice, concedes that this world is essentially unjust and unredeemed. This could lead to a situation where a person is led to concentrate on his own personal ethical righteousness, without concern for making the world as a whole a better place. Believing in purely spiritual reward and punishment can thus weaken our commitment to improving our existing world and making it more just a place. (4)

The concept of resurrection affirms that the actual physical material world we live in can be perfected, and will in the future be perfected. "We know that the perfection of the human spirit is within the body, therefore the final object of this perfection will be at the time of the resurrection." (5) This belief leads a person to pursue not only individual righteousness, but also the perfection of the world. Resurrection teaches that this world is capable of redemption, and furthermore the consciousness that we will return to this very world increases our desire to improve it in any way we can. Belief in return to the body teaches us never to despair of trying to attain ethical perfection in the here and now.

There is no doubt that there are many highly ethical people who have a vital faith in the perfectibility of this world, yet do not believe in an afterlife or resurrection of the dead. However, Judaism believes that vital spiritual and ethical truths can only be kept alive by connecting them to concrete practices that embody them. One of the most influential and popular books on the meaning of the commandments is a medieval work appropriately called "Sefer HaChinukh", literally "the Book of Education". This book explains the profound educational messages in each of the commandments of the Torah. The author also presents a general principle: "The heart is drawn after actions." (6) Beliefs are cultivated through specific practices that affirm them.

We perceive much injustice in this world. The belief in a final judgment stimulates us to right actions in corrupt surroundings, but can lead to a very individualistic kind of righteousness that despairs of truly repairing the world. The belief in the future resurrection of the dead into physical bodies on this earth sustains the faith that this actual physical human world we inhabit can and will be perfected, and that we will experience this perfection. Thus we are stimulated to civic virtue, and not only individual virtue. This belief is in turn cultivated by the many customs of Judaism which emphasize the importance of the body as the abode of the soul, especially those laws regarding respect for the corpse after the soul's departure. 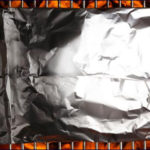 What’s Hard for You to Do?1 min read