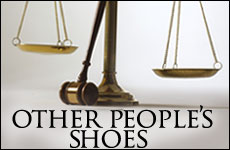 Before I left for my college year in India in 1968, my friends warned me not to act like a Western imperialist and impose my lifestyle on the Indians. "Don't worry," I joked. "I won't buy shoes for the natives."

But four months later, I found myself doing precisely that.

Twelve-year-old Mundju was the daughter of the family of servants who attended on the International Ladies' Hostel, where I lived. While the rest of the women and girls in her family were congenial and beautiful, Mundju was morose and homely. She rarely spoke and never smiled.

Like everyone else in her family, she went barefoot. Unlike everyone else, she had deep cracks in her feet. One day she came to my room limping. When I asked her what was wrong, she silently showed me a deep gash in her left foot.

I whisked her off to a doctor in the nearby clinic. He pronounced her foot infected. He prescribed some antiseptic cream, and a pair of shoes. "If she doesn't wear shoes to protect her feet," he warned, "the infection will never heal. She'll be crippled."

"Do you want shoes?" I asked in simple Hindi.

Mundju's eyes lit up and she grinned.

I hailed a bicycle rickshaw and took Mundju to the Bata shoe store in the center of the city.

She happily picked out a pair of patent leather Mary Janes, which cost twice what I had expected to spend. Remembering my mother's dictum, "No use buying you something you don't like, because you won't wear it," I forked out the price of the Mary Janes from my meager student allowance, and handed the shoebox to Mundju. "Wash your feet when you get home, and put them on," I instructed her. "I never want to see you without them."

I was exasperated. "Why aren't you wearing your new shoes?!"

The next day, she came to my room barefoot. I was exasperated. How could she be so heedless?! "Why aren't you wearing your new shoes?!"

She lifted up her heel and showed me a huge blister. It had not occurred to me that a girl who has no shoes has no socks. I dropped what I was doing, found a rickshaw, and took Mundju back into the center of town. I bought her two pairs of white socks. Now we were "all systems go."

I didn't see Mundju for the next few days. Then, riding home one day, I saw her in the distance. She was walking barefoot.

I felt indignant. Here I had spent time, money, and energy trying to help her, and she was flaunting the doctor's orders and not wearing her shoes. How ungrateful! How reckless!

I went straight to the servants' quarters and accosted Mundju's mother. She looked at me sadly and said, "Don't you understand? These are the only pair of shoes Mundju will ever own. She's saving them for special occasions."

A couple decades later I learned about one of the Torah's most intriguing mitzvot, the obligation to judge other people favorably. The Torah enjoins us: "Judge your fellowman justly." [Lev. 19:15] The classic commentators explain this to mean "judge your fellowman favorably and interpret his actions and words only to the good." [Sefer HaChinuch 235]

Instead of condemning, whenever possible, devise a favorable interpretation.

This mitzvah pulls the rug out from under the critical, condemning attitude that characterizes much of our interpersonal relations. In practice it looks like this:

The result of judging others favorably is that we cultivate a positive, sympathetic attitude toward others. When we don't think badly about others, we don't speak badly about others, and we certainly don't act out angry, vengeful behaviors. We don't jump to conclusions. We don't condemn people who may be suffering circumstances far beyond our ken. We avoid a host of sins simply by putting our minds into the mode of favorable judgment.

Judging others favorably does not preclude self-protective actions or positive steps to redress wrongs. Judging others favorably doesn't mean to leave your $300 iPod on your desk when you go to the rest room. It does mean that if you don't find your iPod where you're sure you left it, check every drawer and pocket before you start suspecting your fellow workers. Often we are sure -- and wrong!

Judging others favorably does not mean that when your child comes home in tears because her teacher yelled at and insulted her, you should refrain from taking measures to handle the situation. It does mean that before angrily calling the principal and demanding that the teacher be fired, you entertain the possibility that you haven't heard the full story and that, even if the teacher did act wrongly, extenuating circumstances may have caused a usually fair teacher to act out of character.

One of my favorite books, The Other Side of the Story, by Yehudit Samet, offers strategies for judging others favorably. Here is a sampling:

Several years ago, we put in a new bathroom, complete with cabinets and new plumbing. A few hours after the workmen left, I turned on the new faucet. The water pressure was nil. The faucet was defective.

The next morning, I called the plumber. Yes, Rami assured me, the faucet was guaranteed. He would replace it. He couldn't come that day, but he would come the following afternoon.

I waited all afternoon, but Rami didn't show. At 4:30, I called his cellphone. He apologized, but said he couldn't come. "Why not? Where are you?" I asked, annoyed.

"I'm at home," he answered meekly.

"Well, then, just come. You can be here in half an hour."

Rami refused. In reply to my entreaties and accusations, he promised to come the next day.

The next day, no Rami. By now the water from the defective faucet was coming out in a trickle. It took three minutes to fill up a cup to brush my teeth. I was irate. What lousy service! But he was the only plumber who could make good on the guarantee. I called again. Again he promised to come and didn't. Over the next ten days, he failed to show up seven more times. By now we were filling up basins of water from the bathtub.

During that period, I was studying The Other Side of the Story with a friend daily over the phone. One of the strategies the book teaches is to imagine extenuating circumstances that could account for a person's acting improperly. Since we have no way of knowing what the real story is behind the person's actions, the story we make up to judge him favorably is as likely to be true as the condemning version.

I decided to judge the plumber favorably. After all, I told myself, even the worst plumber doesn't fail to show up ten times in a row. Something must be very wrong in his family, I concluded. Perhaps, God forbid, one of his children is seriously ill. Perhaps the child is in the hospital and Rami's wife is sitting by his bedside all day, so Rami, worried and grieving, has to stay home to take care of the other children.

Once I concocted this hypothetical story, my anger cooled. I could fill up a basin of water from the bathtub to use at the sink without fuming. I continued to call Rami every day, but the bark was gone from my voice.

One day the doorbell rang. There was Rami with the new faucet. I greeted him kindly, showed him to the bathroom, and stood there while he worked. Gently I asked him, "Is everything all right in your family?"

He shook his head. With a choked voice he told me his story: His wife of 17 years had run off with another man, leaving Rami, stunned and stricken, with their six children. A few days later, his wife realized that her paramour was alcoholic and violent. He threatened her that if she tried to leave him, he would kill her children. After a few more beatings, she fled back to her family. While I was fretting about my faucet, Rami was home protecting the lives of his children.

You don't have to be highly creative to imagine a story that puts someone else in a good light. You just have to want to do the mitzvah of judging others favorably. In the end, their truth may be stranger than your fiction. 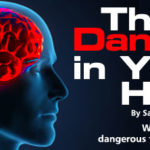 The Danger in Your Head8 min read 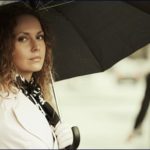 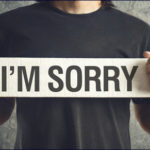 Relationships and Self Esteem14 min read