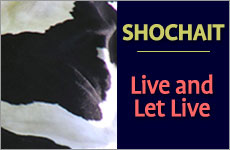 Actions that cause bleeding or kills a living thing.

The melacha of Shochait1 shares a name with a traditional Jewish profession – that of the ritual slaughterer. In the context of Shabbat, though, 'Shochait' has a broader meaning: it refers to any action that involves killing a living thing.2

This labor category is the next logical one in the 'Order of Hides' we are now studying. Once you've captured an animal, you'll need to kill it if you want to use it for food or some other purpose.

Although most of us don't live in farming communities, Shochait is still relevant to our Shabbat. Among the common activities it includes are:

What about not actually killing an animal, but placing it in a situation where it will die, such as fishing? This is also prohibited. A common scenario is that you find an ant in your sink. In such a case, you could not flush it down the drain.4

As we mentioned briefly in the previous lesson, there are exceptions to the basic rule of Shochait: when faced with a dangerous (or potentially dangerous) creature, you may be able to kill it.

We may divide this into four categories, organized by descending levels of danger:5 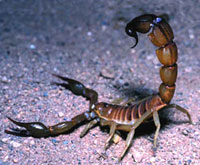 If possible, the halacha prefers that we ask a non-Jewish person to kill the animal. If this is not possible, then we may kill it ourselves.

The halacha notes that you don't have to wait until the creature is actively trying to harm you. The fact that it has the potential to harm is enough to override the prohibition of Shochait.

(2) Great pain – What about where the creature isn't normally life-threatening, but you are especially sensitive to it and it could cause you great pain? For example, say you are allergic to bee stings. Here, the preference is to trap the insect. If you can't trap it without killing it, then you should seek a non-Jewish person to help you out; if this also isn't possible, you can kill it while walking about in a normal manner (as will be explained later).6 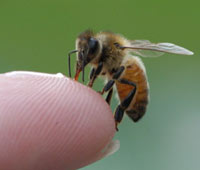 In the case of someone who is allergic to bee stings to the point of a life-threatening danger, then the bee could be killed outright, as in category (1) above.

(3) Painful – What if the creature can cause harm which is not life-threatening, but is serious and/or painful? An example would be a bee or wasp sting (for someone who is not allergic), or a non-poisonous snake.7 Here, if the creature is not chasing after us, we are only allowed only to trap it. If it is coming after us, we may kill it.8

(4) Annoying – Bites from a fly or mosquito are not considered sufficiently painful to warrant trapping these creatures.9

In all of these cases, when we speak of killing an animal, the halacha prefers that we do it in a non-obvious way (unless, of course, the nature of the danger is such that the animal must be killed as quickly and directly as possible).10

What does this mean, and why is it necessary?

The Sages were concerned about someone killing an insect (or other thing) in a visible way, such as by emphatically stamping on it or swatting it with a heavy object. They felt that if this behavior was seen by people who didn't know the halachic specifics, they might conclude that it is okay in general to kill animals on Shabbat. Therefore, the Sages required us to be more discreet: For example, you might walk over to the area where the insect is and step on it, although to the innocent observer, it seems that you are merely walking about. The Talmud calls this approach dorso l'fi tumo – literally, 'you step on the creature innocently'.11

To summarize – we aren't allowed to kill anything on Shabbat unless there is a real possibility that it can cause harm to someone. Indeed, the halacha requires us to respect the lives of animals and other creatures all the time, not just on Shabbat.12

The melacha of Shochait also encompasses other activities. 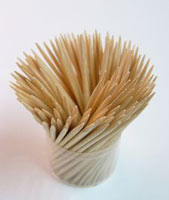 We are not allowed to cause someone to bleed, or to create a bruise. Both of these actions release blood,13 which is considered the 'life' of a living being. Thus this is treated as a form of Shochait, even though the person (or animal) remains alive after being wounded.14

Some examples of this aspect of Shochait are:

Of course, as with any health issue, if someone has a serious problem, then Shabbat restrictions may be overridden. We discussed these issues in detail in lesson #17; it's best to consult a rabbi for specific advice.

The Next Group of Melachot

The concepts we've been addressing – capturing an animal and killing it – are relatively straightforward (even though the details can get complex). However, the next five melachot are more technical, and reflect actions that most of us probably haven't done. So, a short overview is in order.15

How are skins or hides processed into a finished product like leather?

First, the hides must be physically removed from the animal. This is the labor category known as Mafshit. Then, the hides must be preserved so they don't spoil. This process, called tanning, is another melacha, Me'abeid. The hide is then smoothed over to remove dirt, hair, and other unwanted stuff, an action known as Memachaik.

These activities result in a smooth product, ready to be made into whatever the craftsman wishes. Before cutting the hide into the proper pieces, the artisan will score some lines to show where the cutting will take place. He or she will then follow these lines and actually cut up the material. Each of these steps – the scoring (Mesarteit) and the cutting (Mechataich) – are separate melachot.

We will now learn more about this set of labor categories.

25. Gozez: No Need to be Sheepish
The Blue Beyond
Great Place to Live
Is Eating Supposed To Be Spiritual?
Comments
MOST POPULAR IN Jewish Law
Our privacy policy