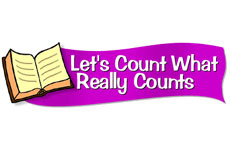 Which book does Mr. Korn use to sum up his wealth?

The very affluent Mr. Korn sat at his big mahogany desk. His advisors and personal secretary sat on the other side with ledgers and account books. Mr. Korn was not only one of the wealthiest men in the world, he was considered to be one the biggest contributors to needy causes this globe has ever seen.

"Mr. Korn," said the head Financial Advisor. "I need to know for our records, the value of your great fortune."

Mr. Korn kept records of all his earnings in a big notebook. This way he knew how many things he owned and how much money he had in his bank accounts.

He reached into his drawer and pulled out a small notebook that said on the cover, "Charity." It contained carefully written lists of names and numbers -- the sums of money that he had donated to charitable organizations over the past several years. Patiently he added the numbers.

"This is the sum total of my wealth," he said.

Thinking that he had looked at the wrong book by mistake, his secretary handed him the large ledger that was sitting on the desk. "Didn't you mean to look in this one, sir?"

Mr. Korn tenderly answered: "I've made no mistake. I know that I own all kinds of buildings, shopping centers, and land. But buildings can be destroyed, shopping centers can all of sudden go out of business, and even land can be lost in a flood or war. Only the figures in my charity book record what is really considered mine. The total of my great fortune is what is written in this, my charity notebook. Let's count what really counts."

Just as one candle can light many other lights and still burn as brightly as before, so too one who gives charity can help others without having his own fortune diminished. This is the beauty of a mitzvah. It is considered ours, for eternity, even after we leave this world. Charity is one kind of mitzvah. Every mitzvah that we do becomes eternally ours every time we perform them. This is our true, lasting wealth.

Q. When asked to show the amount of his wealth, why did Mr. Korn pull out his notebook of all the money he gave away?

Q. Do you have to be wealthy to give charity?
A. No, anyone who gives charity, even a little bit, is considered to have done a great mitzvah.

Q. What would you consider more challenging, being poor or being rich?