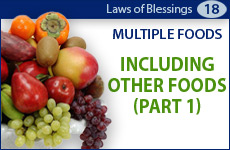 A bracha includes whatever foods you intend to eat at the time you said the bracha.

In the previous class we learned about the proper order in which to say brachot. Today we will learn about reciting one bracha on numerous food items.1

Let's say you decide you want a snack. You go to the fridge, take out an apple, and say Ha'aitz. When you are finished eating, you feel like having another apple. Should you say another bracha on the second apple, or was it covered by the original Ha'aitz?

And what if you now want to eat a plum? Perhaps the original bracha was effective only for apples, but not for any subsequent food requiring the same bracha Ha'aitz?

A Question of Intent

A bracha includes whatever foods you intended to eat
at the time you said the bracha.
2

What if you had no specific intent? You just took an apple in your hand and said Ha'aitz, with no thoughts of whether you are going to eat more apples or other fruits? If you now decide to eat another Ha'aitz food, is a new bracha required?

The answer is: It depends. In certain situations we assume that – even though you had no explicit intention – your mind is also on other foods; therefore they are included in the original bracha and do not require a bracha of their own.

But sometimes it's not that way. So now let's learn the guidelines.

More of the Same Food

Food in Front of You 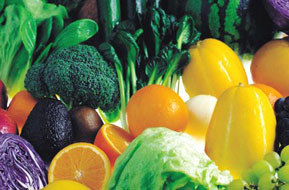 Furthermore, any food that is in front of you when you recite a bracha is covered by that bracha, even if you were not consciously thinking of it when you said the bracha.5 This is because when a person begins eating, it is natural to move from one food to the next. Therefore, anything that is already prepared and out on the table can be assumed to have been in your mind when you said a bracha.

On the other hand, if the food was in another room, or in the fridge or pantry, it is not covered by your original bracha.

However, this halacha changes if...

Some of the Original Food Remains

If you say a bracha on a bowl of pretzels, for example, and before the pretzels are finished you bring out (or decide that you're going to eat6) another food that requires the same bracha – e.g. crackers – no bracha is required on the crackers.7 This is because it is normal for someone who is snacking to start with one food and move on to the next. Therefore, it is considered as if your mind was on the second item already when you made the bracha.

Once the original food is finished, however, we assume that you have decided to terminate the eating session, which automatically ends the bracha's effectiveness. And any new food brought out at that point would require a new bracha.

But not so fast. This rule about bringing out a second food is subject to one important condition. The second food is only covered by the original bracha if it is of a similar type. A food that serves a different purpose8 (e.g. a solid food vs. a beverage, a main course vs. dessert) is not covered even if it is brought out before the original food is finished.9 Following the rationale that we just explained, the reason for this is evident. Although when making a bracha you have in mind to continue eating more food, when it comes to a totally different type of eating, this can no longer be assumed. Therefore, a new bracha is in order. 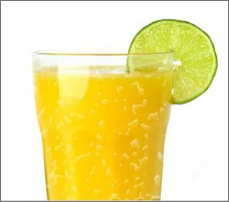 Mike sits down to eat a snack of sardines. After a few minutes, he gets very thirsty and brings out a glass of juice. He'll need to say Shehakol before drinking. And if he then decides to bring out some ice cream for dessert, he'll say Shehakol again.10

In short, there are three situations in which we assume that your mind was on another food, and therefore no new bracha is needed:

This concludes class #18 on Hilchot Brachot. In the next lesson, we'll learn about some exceptions to these rules, and other halachot pertaining to making one bracha on numerous foods.

35. Birkat Hamazon – Part 2
Scientific Curiosity and the Divine Encounter
Mind Over Milkshakes
Love the Convert
Comments
MOST POPULAR IN Jewish Law
Our privacy policy
Aish.com Is Looking for Great Writers