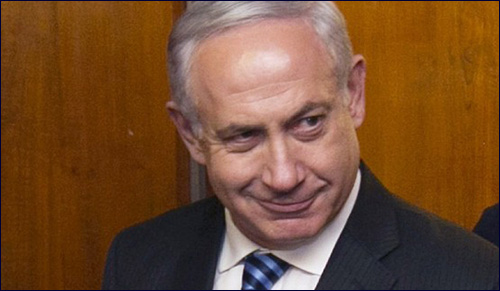 Did you hear Prime Minister Netanyahu’s Derek Jeter zinger during his UN speech? Here are 10 more zingers that didn’t make the cut.

Being Israel’s Prime Minister is a tough job. Not only are you the country’s political and military leader, you have to assume the role of Public Relations Officer in Chief as well. And you gotta keep it interesting. People are apparently getting tired of the same old, “Anti-Semitism is bad,” and, “Beheadings are also bad.” Boring! So, as PR Officer in Chief Prime Minister Benjamin Netanyahu has been trying to liven things up a little. And it’s been working.

People are tired of the same old, “Anti-Semitism is bad.” He’s gotta liven things up.

His Derek Jeter comment light up social media and he’s actually been working on a number of other clever ways to say the same thing. In an exclusive leak to Jewlarious, we were able to obtain some other phraseology that was actually cut from his UN speech and other speeches he’s given over the years. So in the tradition of fugitives Edward Snowden and Julian Assange we are now putting our lives at risk by leaking the following:

Raising the Bar: Tips on Planning a Successful Bar/Bat Mitzvah

The December Dilemma
Faith: the Axis Upon Which the Wheel of Science Turns
Love - Not Just About Chemicals Anymore!
Is There a Moral Code in a Virtual World?
Comments
MOST POPULAR IN Jewlarious
Our privacy policy