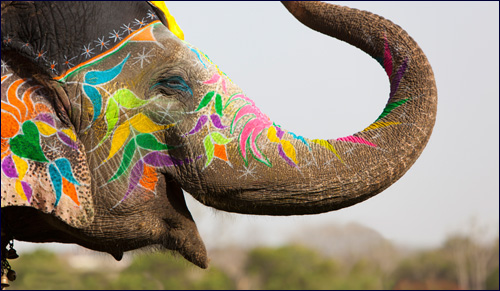 Suddenly a kippah becomes barely noticeable when standing next to a Turban-wearing Sikh.

Israel is still on a diplomatic high from Indian Prime Minister Narendra Modi’s three-day visit to the country. During his trip he was personally escorted by Israeli Prime Minister Benjamin Netanyahu who told Modi, “We love India. We admire your culture, we admire your history, your democracy, your commitment to progress." There are a lot more reason why Israelis love India. Here are 10 of them:

9. Sometimes Jewish men feel self-conscious about wearing a kippah – the male Jewish head covering. But standing next to an Indian Sikh with a Turban, suddenly a Kippah becomes barely noticeable. It’s kind of like standing beside your friend in a picture who is really fat.

8. After his army service Dudi Epshtein decided to travel India and set up a kosher restaurant in the capital city of New Delhi. He is calling it “The New Dehli.” Dudu thinks he’s very clever.

7. Israelis marvel at the architectural masterpiece that is the Taj Mahal, the sprawling structure built by Shah Jahan as a monument of love to his wife Mumtaz Mahal. The only thing that Israel has that comes close is, “Katzefet” on Ben Yehuda Street in Jerusalem, the monument built by 18 year old American girls who love frozen yogurt.

6. Every Sunday night for the last 3000 years, Jewish families have been going out for Chinese. It’s time for something a little different. Why not, Indian?

5. India's Hindu calendar has 6 seasons and 5 major holidays: Diwali, Dussera, Ganesha Chaturthi, Holi, and Navratri. Israelis are somewhat envious because Indian holidays never arrive either too early nor too late, but always “on time”.

4. At 1.2 billion people India is the world’s largest democracy; at 1.2 billion calories, Israel is the largest consumer of rugelach

3. Breathing the air in Mumbai, India, for just one day is equivalent to smoking 100 cigarettes. Israel is one of the few countries where smoking is on the rise, and you know what they say – you can’t have too much of a good thing!

2. The world's biggest family reportedly lives together in India: a man with 39 wives and 94 children. If this were a Jewish family it would mean that before leaving the house these children would be asked if they are wearing a sweater, 39 times.

1. Judaism arrived in India approximately 2000 years ago with no recorded instances of anti-Semitism from the local populace ever since!

How Jews Visit the Sick

All Bar and No Mitzvah
For Every Individual, A Torah Scroll
Allegiance To The Monarch
Meet the Real You: Yom Kippur
Comments
MOST POPULAR IN Jewlarious
Our privacy policy
Aish.com Is Looking for Great Writers