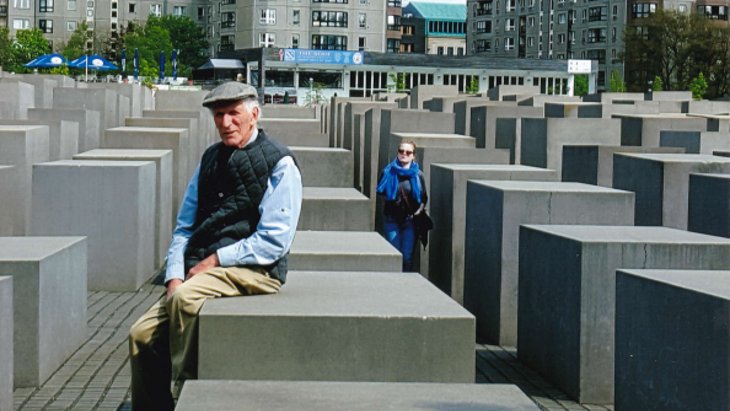 Robert Hilliard wants us to follow his courageous example of standing up for what’s right.

Robert Hilliard isn’t done speaking out. In an Aish.com exclusive interview, he explained why standing up for what’s right is just as important to him today as it was over 70 years ago after the Holocaust.

During World War II, Hilliard was a young private in the US Army, tasked with reporting on local news items for his company’s newspaper. After the liberation of Nazi concentration camps, Pvt. Hilliard was shocked to see that American and other Allied soldiers were continuing to keep Jews prisoners, in some cases acting with extreme levels of brutality and cruelty that echoed the Nazis.

In a 1997 memoir, Hilliard wrote about how he and another young Jewish private, Ed Herman, stood up for what was right.

Surviving the Americans: The Continued Struggle of the Jews After Liberation (Seven Stories Press, 1997) recounted the terrible scenes that Hilliard and Herman witnessed in the immediate aftermath of World War II. They were stationed near a makeshift hospital being run in a monastery near Munich, which housed both Jewish and Nazi patients. Despite their dire condition, the hospital staff ignored the Jews, lavishing attention on Nazi soldiers instead. To Hilliard’s and Herman’s shock and horror, many of their fellow American soldiers did the same. 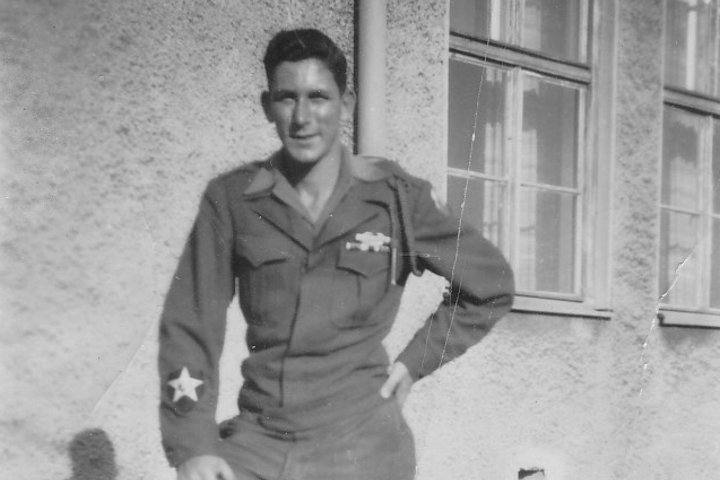 The author in uniform at Kaufbeuren Air Base, June, 1945

After donating supplies to the Jewish survivors and encouraging other soldiers to do the same, Hilliard and Herman decided to implement a radical plan. They penned an impassioned letter describing the neglect Jewish survivors were receiving. They tried to wake up American readers, declaring that by standing idly by, “YOU ARE TO BLAME!”

Using their base’s newspaper printer, Hilliard and Herman copied their letters. “We mailed them out by the hundreds,” Hilliard recalled, “to wives, friends, fathers, mothers, brothers, sisters and neighbors, to synagogues, clubs, organizations, fraternities and sororities, to Jewish community groups, to everybody and anybody who might care enough to send a package, or contact a senator or congressman or any other politician who might by conscience or constituent pressure be goaded into asking questions and getting action.” 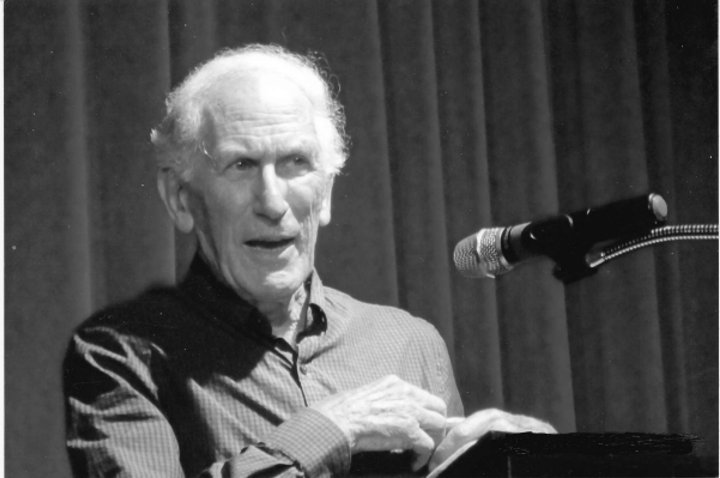 At the age of 94, Robert Hilliard is continuing to speak out, educating people about what he saw in the aftermath of the Holocaust and urging them to follow his example of standing up for what is right. He spoke with Aish.com via telephone from his home in Florida, where he lives in retirement with his second wife Joanne and continues to write.

“What kind of existence is this when you have all these people living high on the hog...and you have people starving?” Hilliard wondered to himself. It seemed profoundly wrong to him that people who were secure and comfortable could ignore their fellow humans when they were in such distress.

“You either say okay I’ll get mine, or you say I’m a human being and I’m not going to stand for this.” From an early age, he decided to not stand and ignore suffering. 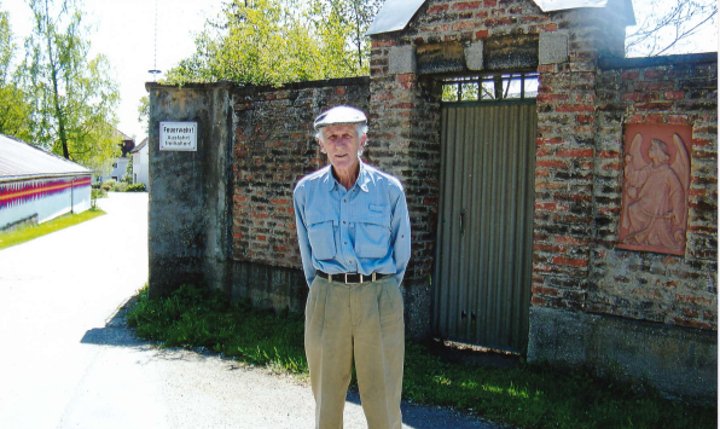 at entrance to Jewish Hospital at St. Ottilien

It was this inner determination that gave him, along with Ed Herman, the strength to persevere in 1945, doing all they could to help their fellow Jews and to educate others about their plight.

After World War II, Hilliard married, raised a family, and started a career, first working for the US Federal Government and later as a professor of Mass Communication at Emerson College near Boston. He lost touch with Ed Herman for a time, who had stayed in Europe after the war and worked to help smuggle Jews into the land of Israel, and later lived in New York.

After he retired, however, Hilliard once again started speaking out about his experiences following the war. He started working on his memoirs and got in touch with Herman to make sure he accurately remembered the activities he was writing about. As both men moved into retirement, they decided to make this next phase of their lives one of education and activism. They began travelling the world together speaking about the Holocaust and their roles in helping bring attention to the plight of Jewish survivors in the weeks after liberation and spreading the message that “bigotry, discrimination and racism in any form is harmful and should not be tolerated.”

Since Ed Herman passed away in 2007, Hilliard has felt a renewed sense of urgency. “I tell people if you see something wrong in your country, then you need to take a stand against it and try to stop it. I tell young children you have to take a stand if you see anything that smacks of racism or bigotry.”

He hopes that his example will inspire others to oppose evil wherever they see it.

“We were two young soldiers,” Hilliard says, “who saw something wrong and decided to do something about it. We stuck our necks out and thank God we were successful.”

“We cannot change history but we can change the future,” Hilliard says. “Don’t run away from the problems you see. Do what you can to make the world a little better, a little sweeter.”