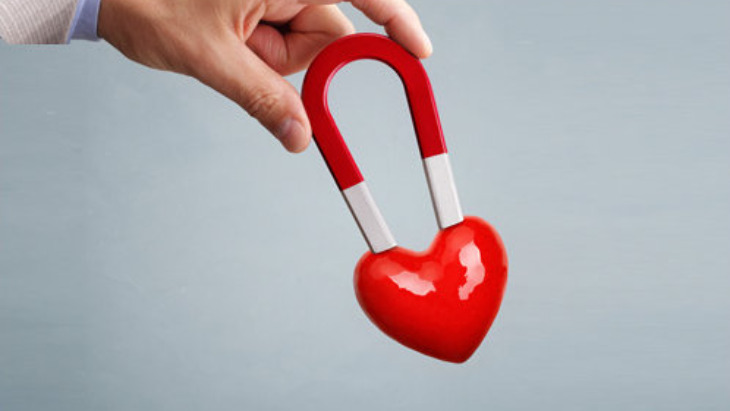 A well-kept secret to long-term attraction in marriage.

Why is it that the thing that attracts us most at the beginning of the relationship turns out to be the very thing that drives us nuts about the other person once married? And what if that very thing actually turned out to be the battery that can continually reenergize a marriage?

Why Can’t My Spouse Just Be More Like Me?

As a marriage therapist, I am often asked how a couple can keep attraction going after many years of marriage. The typical pattern is that the very traits that attracted couples in the beginning of a relationship become sources of friction over the long term.

That very thing that we find so annoying about our spouses can become the fuel of our continued attraction.

When we start to see our spouses’ differences as a problem, we can get into a downward spiral of disrespect and trying to change each other. Did you ever wonder how two people who liked each other enough to get married can end up actually disliking each other? If the downward spiral goes unchecked, it can lead to estrangement and contempt. But this downward spiral can be reversed, and when we start to climb the upward spiral, that very thing that we find so annoying about our spouses can become the fuel of our continued attraction!

Let’s look at how this works in practice. Carly came to speak with me about her second marriage. “I’m so frustrated,” she said. “My husband is too outgoing and talkative; it’s really annoying. He’s always nudging me to go out and do things with him; all I want to do is curl up with a good book. Why can’t he be more like me?”

“Was your first husband on the quiet side?” I inquired.

“No,” Carly told me, “he also was too extroverted and talkative. But we had conflicting values. My second husband and I are on the same page…except that he’s so talkative.”

I asked Carly the obvious: “Why didn’t you marry the quiet, introverted type of guy? Why did you go for the extroverted type again?”

She said, “Well…now that I think about it, I’m only attracted to the outgoing type. I guess I really like the fact that my playful, fun side comes out around my husband. I have trouble accessing the more social part of myself on my own.”

On the surface, Carly “hit it off” with her husband and just felt good around him. But what really fueled her attraction was the way he balanced her out. Back then, when Carly was around her husband-to-be, she felt like the best version of herself.

Carly was eager to learn the steps of the upward spiral and as she ascended, she began to recognize the gift of her husband’s personality difference. Her attraction to him was rekindled and their marriage turned around.

Brett, a guy I interviewed, had pursued his wife for two years in university. He was very drawn to her—she had a certain serenity that hypnotized him. After they got married, fast-paced Brett became really annoyed once he discovered just how slow-paced his wife was. For years he was frustrated in his marriage until, in his words, “I started to see the strength in her slowness.” Brett was not only fast-paced, he was also impulsive and had gotten himself into quite a few messes. “Once I admitted that my fast nature had its flaws,” he explained, “I started to realize how many times my wife saved me. As I opened my eyes, I started to be fascinated by her patience and calm and before you knew it, my attraction reignited!”

You’ll notice that Brett’s initial attraction to his wife was effortless. Yet, in order to kick the attraction back in, he needed to make an effort. We all know that marriage takes some effort. The question is—which efforts are going to yield results? After all, we don’t want to just spin our wheels.

This question led me to search for the wisdom, tools, and techniques that would help couples reconnect to their initial attraction. My research study – in which I surveyed hundreds of married people in the United States and interviewed couples around the world – was aimed at finding the secret of living joyfully with personality differences. The results were both fascinating and inspiring. My new book, That’s Why I Married You! How to Dance with Personality Differences (Gefen Publishing House), is a handbook that guides couples to enjoy their differences, based on the findings of my research.

What Carly and Brett each discovered in their marriages is what I call “completion.” This word has a bad rap today because people define it as dependence. It seems to convey that we can’t stand on our own two feet and therefore need someone to complete us. This sounds so helpless. If that’s what completion means, I’m not into it either, because a prerequisite to getting married is to be able to stand on your own two feet.

We are attracted to an opposite in order to make sure that we grow and develop throughout our lives.

What I mean by the word completion is: while I can play solo, when I play in a duet I can access parts of myself that are only accessible through the close relationship of marriage. This healthy type of completion is one of the main benefits of marriage; we are precisely attracted to an opposite in order to make sure that we grow and develop throughout our lives. That’s the unconscious magnetism between opposites!

Do I Have to Look for an Opposite?

For those of you who are still single, I’m not suggesting that you look specifically for an opposite. On the contrary, you want to look for similarities—most importantly in values and character traits (see my first book, I Only Want to Get Married Once, for more on how to find your spouse and the importance of values). But don’t worry! If you find yourself attracted to your date, you can bet that there are certain personality differences in the mix. This is because “too similar” can translate into monotonous and boring. It is the “tension of opposites” that underlies much of the initial attraction between people. And it’s that attraction that can be constantly reenergized, if you know how to utilize your personality differences.

Oh! That’s Why I Married You!

When Carly and Brett saw their spouses through the eyes of “completion,” it’s as if they flipped on a light in their marriages. All of a sudden, their personality differences made sense and they were able to access that battery of continued attraction that each couple has. My book shares the concrete steps that Carly, Brett, and many others have taken to travel the upward spiral and illuminate and reenergize their marriages. These are simple steps that anyone can do.

When we learn to use our personality differences the right way, we can grow into the best version of ourselves, help our spouses do the same, and reignite our attraction to make our marriages great. And it is then that we can turn to our spouses and say, “Oh! That’s why I married you!”

Chana Levitan MSc is an educator, speaker, therapist and author with 25 years of experience. Her new book, That’s Why I Married You! How to Dance with Personality Differences (Gefen Publishing House, 2016), reveals how personality differences can actually be the battery that a couple can use to reenergize their marriage. Chana’s first book, I Only Want to Get Married Once (Gefen Publishing House, 2010; Grand Central Publishing, 2013) is a clear and practical guide to choosing the right marriage partner. Through the 10 essential questions discussed in this book, Chana assists her readers to gain the insight and clarity necessary to make the right decision. I Only Want to Get Married Once became a best seller in Israel has been translated into Chinese and Romanian.

Five Habits to Nourish Your Marriage During the Pandemic

5 Signs of a Healthy Marriage

5 Ways to Keep Your Love Alive