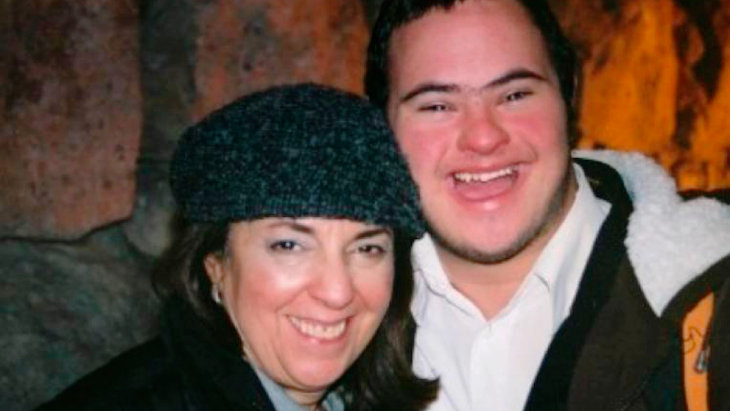 Why did no ram appear to take the place of my son?

I sat and listened to the reading of the Torah portion describing the monumental moment of the total dismissal of the natural instincts of our forefather Abraham as he raised the knife to give the life of his child to God as He had requested. I breathed a sigh of relief, as I do every year, when the angel appeared and Abraham spied the ram to take the place of the precious son whose life was to be spared.

And I wonder, very quietly, in a tiny little voice, “Where was my ram? Why did no ram appear on April 28 to take the place of my son, Saadya? No ram appeared and he succumbed at the relatively young age of 35 and 11 months to Covid-19. One of hundreds of thousands but for me, only one, my son. I am sitting here and I still believe in You and Your judgment. I guess You never promised me descendants from this child who would be greater in number than the stars in the sky and the sand of the earth. 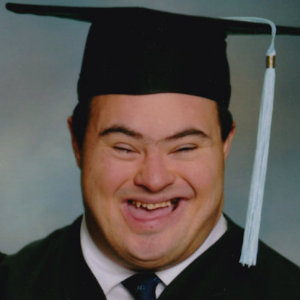 Yes, he had Down syndrome but he had accomplished so much, in spite of that, or perhaps because of it. He was kind and caring of every person he met, and so many people from all over the world knew him and loved him. (His funeral was viewed on 900 Zoom screens.) He broke barriers as part of the first program for young men with special needs in a yeshiva in Darkaynu, a program in Israel. He learned to navigate the subway system of the MTA to travel by himself to another barrier-breaking program: Makor College Experience for special young men in Yeshiva University. He was a role model for hundreds of families who had felt that the sky was limited for their child with special needs. He had moved to an apartment with three other young men and was going to be offered a regular job attending to lower functioning individuals. What other records might he have set?

And yet, You didn’t send a ram.

Can I ask “why”? I thought not. But during the seven days of the shivah (Covid-style, with only Zoom and phone calls to comfort the mourners – which it certainly did not), someone shared this with me. He had heard what a great Torah scholar who suffered several personal losses responded when someone asked, “The Rabbi has no questions?”' This venerable scholar responded “Yes, I have questions, but I’m not ready to do what I have to do to get the answers.”

I felt so validated. It’s okay to ask “Why” knowing that the answers are hidden, seeing the whole picture of His plan is something mortals are not entitled to know.

Does that mean I can try to surmise? During my son’s illness of five weeks, so many people prayed, said additional prayers to beseech the Heavens to grant him a full recovery. Was that the reason? After his, ironically, unexpected passing, his story went viral. The Associated Press picked up the story of a young man (seen on these pages) with special needs who defied the odds and accomplished so much in spite of a “disability.” The organization, WelTab that gave us the “Tablets to Communicate” made a video of his life and used it is a campaign that raised $160,000. The programs that he pioneered, in Israel and at Yeshiva University, each established a memorial fund. And, God willing, I hope to write a book for families of special needs. Is that Why?

Where was that ram when God took my other son? (Yes, I have had my akeidah twice, each son had so much to give this world and yet God chose not to send a ram.) Can I ask why about my son Akiva z”l, who was 34. Diagnosed at fourteen with a nonmalignant tumor, he weathered massive operations, halo, tracheostomy, repeated surgeries; yet, despite physical pain and scars that never receded, he persevered, befriending everyone, concerned about everyone, both their physical and their spiritual needs. He went back to yeshiva, was a brilliant Torah scholar, went to Israel where his devotion was known to all, spending 18 hours a day in the study hall. Yet his friends there told me of his concern for the needs of everyone in his circle.

His Rosh Yeshiva told someone investigating Akiva’s desirability as a possible mate for his daughter, “Akiva will be the next Gadol Hador (great scholar in his generation),” due to his combination of brilliance, genuine love, interest in every member of society, and his iron persistence for excellence. He married, continued his study of Torah, and was blessed with a daughter. He could have accomplished worlds….

And yet an accident left him silent, in a coma at 26 years of age. Seven and a half years later the One Above took back his holy neshama. There was no ram. In the twenty years that he fought the beast (the neurosurgeon’s term for the recurrent tumor), the number of prayers, the mitzvot done to merit his recovery were indeed as many as the stars in the sky or the sand of the earth. A program that bears his name, Lev Akiva Shamai Learning Program, is influencing a whole community of Jewish souls to come back to their roots. People who might never learn anything of Torah and mitzvot or who were only partially aware are coming to classes, putting on tefillin, bringing their teenage sons and daughters to classes and to experience Shabbos. Is that Why, God? Is that why no ram appeared for my son?

I can’t nurture or love my sons as I might have planned, but I’ll listen to that ram’s horn each year to hear its “voice” and answer the “Why” in the way You might have intended. I will labor to find the right words that might ease the frustration of a mother dealing with her child with special needs. Perhaps someone will open doors to a person with a disability to become part of their synagogue or school program. I will endlessly knock on doors to make sure that there are always funds to guarantee the continual existence of the program that bears my son’s name, bringing the unaffiliated closer to Torah.

Every act will raise the holy neshamos of my two sons for whom no ram appeared – and even if they are not with us in this world, they will be impacting God’s world.

I think I understand where the ram was. At least in this world. Yehi zichronom baruch.

Ahava (Sperka) Ehrenpreis is a freelance writer and mother of eight who resides in New York City. She is the author of On My Own...But Not Alone (Artscroll Publications, 2019).

Adopted Handicapped Girl Discovers her Idol is her Biological Sister