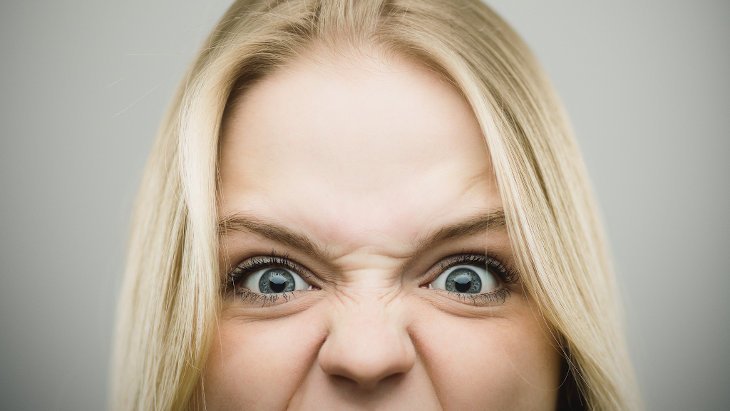 What to do when you lose it big time.

Lisa was an unlikely heroine to awe the septuagenarian women basking around the pool at her father’s senior living community in South Florida. An observant Jew working as a high-tech executive in Israel, Lisa was there only to help her ailing, widowed father Stan. He had been battling cancer for years, but now the disease was spreading, and he needed his daughter’s help.

Stan had been an enthusiastic golfer, playing twice a week with his friends. But at 89 years of age, he had started to lose his balance and feared that a single swing could topple him. Reluctantly he traded the golf course for the sofa opposite his TV. Lisa, a fitness freak, insisted that he exercise. She would have been happy to take long walks with him, but the summer heat in Florida precluded that, so Lisa took her father to the community’s giant pool and together they walked back and forth in the water, cool and limber. It was a perfect solution.

Until Brenda perniciously stopped it.

One day Lisa got a call from the administrative office of the community. Brenda, one of the residents whom Lisa barely knew, had reported that Lisa was breaking the rules. Only residents were allowed to use the pool. Lisa was not an official resident, although everyone knew she was there only to take care of her father.

The manager was apologetic, but rules were rules. Lisa could come over to the office, fill out the forms – all 32 pages of them – and pay $100, and then at the next meeting of the community council, which would take place the following week, she would be accepted as a resident. The manager admitted that she knew it was unfair. She said that in the office they were often frustrated with Brenda’s rigid insistence on following every single detail of every rule. But what could they do?

Lisa reacted with fury. Her time there with her father – far from her job and the life she had built in Jerusalem – was stressful enough, added to the pain of watching her father decline. Lisa worked hard to restrain her volatile personality in the face of inept healthcare workers and meddlesome cousins, but Brenda’s mean-spirited action to deprive Lisa’s father of his only exercise set a match to Lisa’s powder keg. She would go to the pool and let Brenda have it, in front of everyone.

Lisa got into Stan’s car to drive over to the pool. But as she turned the key in the ignition, she remembered what she had learned during 23 years of studying Torah. It is forbidden to embarrass someone in public. When rebuke is warranted, it must be given privately, and only out of love, so that the wrong-doer feels helped, not hurt. She also knew that the Torah’s prohibition of lashon hara forbade her from speaking negative, true speech about Brenda (no matter how much she deserved it) to the other residents.

Lisa’s anger was like a volcano longing to erupt. But, she well knew, the sages of the Talmud compared anger to idol worship, because the angry person deifies his/her own will at the expense of all else. With mammoth effort, Lisa got out of the car. She would not explode at Brenda. She would be the champion over her anger.

The next day was Friday. Earlier in the week, one of the women at the pool, knowing that Lisa made a Shabbat dinner for her father every week, had asked to be invited. Lisa had told her she was welcome to come, and she should call to find out what time. But the woman had not called. Lisa decided to go to the pool to find her. She resolved that she would say nothing to or about Brenda. She would stay calm. She would keep the boiling lava inside.

Lisa’s tirade caused a commotion as everyone started looking around to identify the culprit. Brenda, who had been swimming laps, swam over to hear what was going on. As soon as she approached, Lisa pointed at her and fired, “The managers of this community hate you. Everyone hates you! You’re nothing but a trouble maker.”

The knife was in and Lisa couldn’t resist turning it. “And I wouldn't be surprised if you die alone.”

Everyone was aghast at her outburst. Lisa saw some people nodding in agreement, while others shook their heads in disbelief that anyone would have the temerity to call out Brenda.

The knife was in and Lisa couldn’t resist turning it. “And I wouldn't be surprised if you die alone.” With that, Lisa stalked off.

It was a monumental failure and Lisa knew it. All her lofty resolutions were like birds drowned on the bottom of the pool. Everything she said was true – and prohibited by the Torah that she loved and espoused. Publicly expressing her anger had not assuaged it, but had lit a second fire – a fire of remorse and inner shame that she had done what she knew was wrong.

Lisa knew what a Jew has to do in the face of such failure: teshuvah, repentance, a Divine gift that undoes the past. She knew the steps of teshuvah: to admit she had done wrong without justifying or rationalizing her actions; to feel genuine regret for the harm she had caused; to make a plan for the future not to repeat the transgression; and – Oy! The most painful step – to apologize to the person or persons she had wronged.

On Sunday, Lisa returned to the scene of her crime. The regulars were all in or around the pool. Most of them didn’t notice Lisa until she called out loudly, “To everyone here! I am so sorry that I was so negative on Friday. You and the world do not need more negative energy, and I broke my commitment to be a person who brings positive energy to the people I meet and to the world. I feel really bad that I was so negative. I wish I could take that back.”

Everyone’s jaw dropped. A public apology was even more shocking than Friday’s outburst. People didn’t do that. They didn’t admit publicly that they were wrong. They justify their actions rather than regret them. It was as if a flying saucer had just landed beside the pool.

But what came next astonished them even more. Lisa gazed directly at Brenda, who was in the middle of the pool, and called out, “I feel really bad about what I said to you and I wish I could take it back. I should not have said such negative things to you. I’m really sorry.”

Everyone was silent as Brenda gazed back at her. “That’s okay,” she said. “We all have days like that. Don’t worry about it.”

Two days later the management gave Lisa permission to use the pool. When she and her father entered the pool area, the residents greeted her like a celebrity.

The sages say that one who has sinned and done teshuvah does not return to one’s previous state but achieves an even higher level. Lisa’s volcano became Mt. Lisa.