What American Jews Can Learn from the Muslim Community 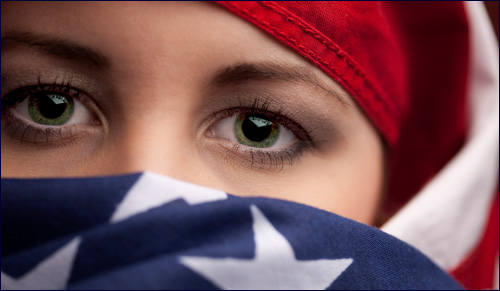 According to a new Pew study, American Muslims are flourishing.

The study found that 71% of non-Orthodox U.S. Jews were intermarried, two thirds of U.S. Jews didn’t belong to a synagogue, and one third of American Jews had a Christmas tree in the home. “It’s a very grim portrait of the health of the American Jewish population,” Jack Wertheimer, a professor of American Jewish history at the Jewish Theological Seminary, observed at the time.

For Muslims, the story is very different. There are about 3.3 million Muslims in the US, a little over 1% of the population. This is a smaller number than American Jews, who number about 6.3 million, or about 2% of America’s population. However, this is likely set to change. U.S. Muslims have a much lower median age, 35, than American Jews, whose median age is over 50. They also tend to have larger families. Given these trends, the Pew Center estimates that by 2050, there will be far more Muslims in America than Jews, estimating a U.S. Muslim population of about 8 million in 30 years, and a Jewish population of about 5.4 million at that time.

Muslim intermarriage rate is only 13% and has even declined in recent years.

Whereas Jews, with the notable exception of the Orthodox community, seem to be drifting away from religion and religious identification, U.S. Muslims seem far more attached to their communities. Muslim intermarriage rate is only 13% and has even declined in recent years, falling from a high of 16% in 2011. Even among American-born Muslims, who, like their Jewish counterparts, are more likely to intermarry than their immigrant parents, intermarriage rates remain low: about 20%. Future generations of Muslim Americans may intermarry in greater numbers, but for now, the U.S. Muslim community seems to have a level of identification and cohesion of which American Jews can only dream.

Many have noted that some of American Muslims’ strong sense of religious identity might have to do with high levels of anti-Muslim prejudice in the US and elsewhere. While most Jews in the past have reported that they don’t feel they face discrimination in the United States, the Pew report noted that most Muslims say they do. The Jewish Telegraphic Agency posited that one “reason for the difference in intermarriage rates could be the discrimination that Jews and Muslims each face in America”, with Muslims sticking together more in the face of hostile feelings.

Muslim cohesion and community is also affected by their religious commitment.

According to the Pew report, American Muslims are much more religious than U.S. Jews. 85% of American Muslims say they believe in God. Nearly 60% believe that following the Koran is integral to being Muslim. About 40% attend mosque regularly and about 80% fast for the Muslim holiday of Ramadan.

No wonder intermarriage is at record levels; many American Jews feel that their Jewishness is incidental, certainly not something that’s central to their lives. By practicing their religion, American Muslims are conveying the message to their kids that their heritage is worth keeping.

American Jews can reverse the trend of intermarriage by showing our children that Judaism is joyous and meaningful.

American Jews can reverse the trend of intermarriage by showing our children that Judaism is joyous and meaningful. A 2010 survey by Brandeis University found that participation in Birthright, a ten-day trip to Israel aimed at young adults, is associated “with significantly greater probability” of choosing to marry another Jew years later. Exposure to Jewish life in Israel for a mere week and a half can literally change people’s lives.

One Birthright participant told me, “I never knew that Judaism could be so fun.” Back home in the U.S. his Judaism seemed boring and guilt-driven; he attended synagogue twice a year with his family, and didn’t feel that experience was meaningful. In contrast, he confided to me, engaging in Shabbat meals with rousing singing and thought-provoking discussion, infused his Judaism with a meaning he’d never seen before.

We can’t afford to take our Jewish identity for granted. Boosting the Jewish content in our lives by challenging ourselves to grow Jewishly and deepening our understanding of Jewish thought and practice, we can strengthen our attachment to our heritage and help our kids feel that being Jewish is something worth hanging on to.

Menorah on Top of the Tree